In “Policing the Police”, civil rights lawyer Christy Lopez argued that lawyers have a unique role to play in addressing the problem of police violence. 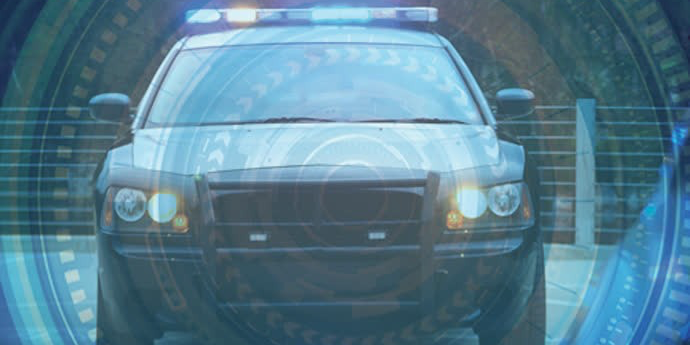 With incidents of police violence in the U.S. dominating the news cycle and trending topics online, many are asking why these incidents keep occurring, and what can be done to prevent further violence.

Civil rights lawyer Christy Lopez is optimistic that there is a fix and that part of the solution can be realized through the legal profession.

Lopez, the Deputy Chief of Special Investigations with the Civil Rights Division of the United States Department of Justice (DOJ), was the keynote speaker at the 28th annual McDonald Lecture in Constitutional Studies, hosted by the Centre for Constitutional Studies and the University of Alberta Faculty of Law at the Law Centre on Wednesday, October 5, 2016.

At the standing-room-only event – with an audience comprised of lawyers, judges, students, law enforcement, educators, social workers, and members of the public – Lopez offered her perspective on policing in the United States, explaining how the gap between what an officer can do and what an officer should do has grown too wide.

A veteran in criminal justice reform at the state and federal levels, Lopez is instrumental in the DOJ’s efforts to ensure constitutional policing practices throughout the United States. In her lecture, she observed that while there have always been incidents of police violence, the prevalence of videos capturing violence shared through social media has increased awareness of incidents of violence and affected attitudes about the police throughout the country.

Lopez argued that this new reality is not a bad thing.

“It’s an opportunity,” she said, “an opportunity for greater understanding, greater acknowledgement of the problem, and to work together to fix that problem.”

Lopez emphasized that those in the legal profession are uniquely situated to change the system. Rather than being complicit in incidents of police abuse, Lopez said that lawyers must create avenues to bring these incidents to light so that this type of behaviour can be addressed and rectified.

“As lawyers, it is important for us to do more than express shock and outrage when we see a video of a terrible police incident. We need to do our part to figure out whether our own practices and the laws we promote and enforce have given rise to tactics that cause division between communities and the officers who serve them,” she said.

Lopez outlined steps that can be taken to address the problem, stating that systemic investigations are critical to any system of accountability. She added that communities must continue to speak out and push the conversation forward to ensure their voices are heard by police agencies and legislators.

Throughout her remarks, Lopez emphasized that certain policing practices disproportionately burden communities of colour, the poor, unemployed, homeless, and otherwise marginalized individuals and that it is no surprise that there is anger, pain, and fear in these communities when police shootings and incidents of abuse occur. She noted that less than one percent of police shootings in the U.S. are prosecuted and that such a seeming lack of accountability serves to perpetuate the distrust people have about both the police and the justice system.

In this respect, legislators and lawyers are critical to addressing the problem. Legislators must be involved in “a myriad of ways,” Lopez suggested, working to change “bad laws.” She explained that a revenue-driven approach to law enforcement encourages police officers to over-police the “small stuff” (e.g., parking tickets and failure-to-appear charges) as they under-police more serious offences. In her view, lawyers must play a key role in changing the system and speaking out against injustices.

“We have to take ownership of the role our own profession plays in allowing police misconduct to persist. Prosecutors are often in a unique position to see police misconduct, but they too often do too little when they become aware of it. As criminal or even civil defence attorneys, we can become inured to the injustice of police misconduct or be afraid to speak out when we see it or [are] uncertain about how to do so,” she said.

Despite the problems, Lopez is encouraged when she sees police leaders taking preventive action early on by supporting good behaviour rather than rewarding bad policing. Like a vaccination, she said, it is easier to reform the systemic policing issues that create community distrust before there is a crisis rather than after.

“Constitutional limits on police action are a floor, not a ceiling, and [police leaders] are taking steps to align police action with community norms and our values without waiting for the law to catch up.”

The McDonald Lecture is presented by the Centre for Constitutional Studies through an endowment to the Faculty of Law in memory of Justice David C. McDonald.