Shania Twain and Avril Lavigne are helping draw attention to the serious illness, but some big-picture perspective is required. 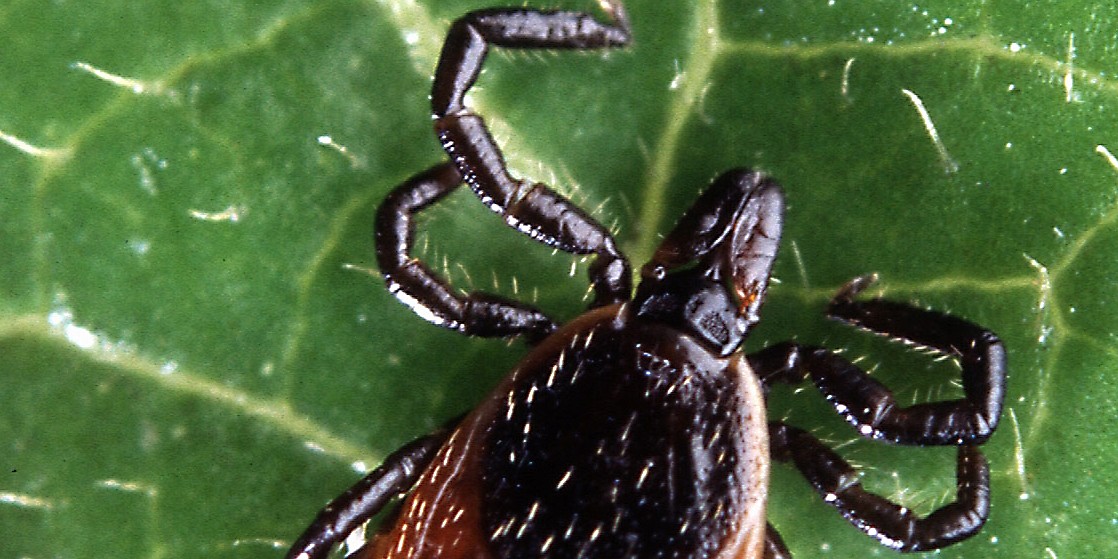 Although Lyme disease is a real medical problem, a UAlberta infectious disease expert says the risk of contracting the blacklegged tick-spread bacteria infection is quite low. (Photo: Wikimedia Commons)

A University of Alberta infectious disease expert contends that prevailing myths around Lyme disease cause unnecessary fear among the public and complicate diagnosis and treatment.

Most recently, Canadian pop country singer Shania Twain spoke out about her self-reported experience with the disease, urging patients not to let symptoms go unnoticed. Canadian rocker Avril Lavigne has long been vocal about her own battle with lingering Lyme disease symptoms after she received treatment.

“Raising awareness about the small but real risk, and how to reduce risk, is important. The challenge is that patients often come to physicians with a strong belief they have Lyme disease, and skepticism of our desire or ability to help them,” said Lynora Saxinger, a researcher in the UAlberta Department of Medicine.

“The misinformation that is sometimes perpetuated by media and various organizations creates a lot of unnecessary fear, and may in fact cause harm because people with other illnesses can be misdiagnosed with Lyme disease and given unnecessary therapy,” she added, citing a recent series of cases published by the United States Center for Disease Control.

The reality is that while Lyme disease is a real medical problem, Albertans do not need to be unduly fearful about their risk of getting it, or if they do get it, about having the illness properly diagnosed and treated, said Saxinger.

The following are three truths—based on existing scientific understanding—that the public needs to know about Lyme disease.

Fact #1: The odds of you getting bit by a Lyme disease carrying tick in Alberta are very, very small.

“Based on the most recent Alberta Health tick surveillance data from 2016, only 35 of 1,681 ticks submitted from people or pets who had not traveled outside of Alberta, were positive for Borrelia burgdorferi, the bacteria responsible for Lyme disease, and all of those positive ticks were from animals, not humans,” said Saxinger.

She pointed out that only two per cent of the ticks tested carried Lyme disease, not the 20 per cent some media reports have cited.

“In Alberta, most tick bites are still from species that cannot carry Lyme disease,” said Saxinger. “And our risk in Alberta remains much lower than other areas, based on surveillance data.”

Ticks usually do not transmit Lyme disease until they have been attached for at least 24 hours, and generally not for two to three days, she added. “This means that the actual risk of infection, even if the tick is capable of spreading infection, will be even lower, as long as people are careful about checking for ticks and removing them daily.”

“Some vocal individuals and groups suggest that the standardized tests done in Canada for Lyme disease is inadequate,” said Saxinger.

As a result, some Canadians pay upwards of $300 to $1,500 U.S. for Lyme disease and other tick-borne disease tests from the numerous for-profit laboratories that exist in the U.S. and elsewhere as they search for a second or third opinion, she added.

“Unfortunately, the techniques used by these private labs are non-validated and regularly tell people they have Lyme disease when they do not,” said Saxinger. As evidence, she points to one study where more than half—57.5 per cent—of the completely healthy control patients tested positive for Lyme disease at one commercial specialty Lyme laboratory.

“By comparison, many validated laboratory tests, for example, the one we use for HIV infection, have much lower false positive rates, at well under one per cent,” she said.

When patients bring these “positive” tests to family physicians who may or may not have in-depth Lyme disease knowledge, the family doctor may decide on treatment based on these test results, or they might reject the results, explained Saxinger.

“This can be upsetting for patients who are experiencing real symptoms, and who may be reluctant to believe that they don’t have Lyme disease, given that they want to be well and a lot of sources suggest antibiotics should help them feel better.”

Of course, there is the possibility that they don’t have Lyme disease, still get the treatment, still have symptoms and believe the ongoing symptoms are Post Treatment Lyme Disease Syndrome—despite negative test results from Canada’s standardized test.

“In this case, long-term complex antibiotic therapy may well be more harmful than helpful, and deaths have occurred as complications of intravenous therapy for alternatively diagnosed Lyme disease,” said Saxinger. “Patients have also died of other, undiagnosed conditions such as lymphoma, while on inappropriate Lyme therapy.”

Standard testing in Canada for Lyme disease is reliable, while results from specialty for-profit labs can be very questionable.

“What people ought to remember is that the standard test we use was developed by the scientists who discovered the bacteria responsible for Lyme disease in the first place,” added Saxinger. “We are using validated tests and our researchers are always trying to improve the testing accuracy.”

Fact #3: Lyme disease is an infection, but not a chronic infection that needs repeated courses of antibiotics.

Lyme disease is caused by a bacteria acquired from ticks towards the end of their blood meal, explained Saxinger. When treated, the bacteria goes away. “You don’t carry around the organism forever—it’s just not how it works.”

A few disease-specific symptoms that may or may not occur at the time of the infection include a rash around the site of the bite, weakness or paralysis of facial muscle (Bell’s palsy), “heart block” or interference with the heart’s electric signal which causes weakness, shortness of breath, dizziness, fainting or chest pain, and arthritis, she said.

“Antibiotic treatment is very effective at clearing up the bacteria.”

That being said, there is a small group of patients who are diagnosed with Lyme disease and experience ongoing symptoms after medication, such as fatigue, pain, or joint and muscle aches after the bacteria is gone, she said. It’s called Post-Treatment Lyme Disease Syndrome.

What causes this? No one is certain, but after having some infectious diseases, there may be prolonged and sometimes severe symptoms—such as fatigue—that can affect the way people function, she explained.

“Unfortunately, many patients mistakenly believe they should get another round of treatment,” she said. “But additional antibiotics will not clear up these symptoms because antibiotics are only effective against the bacteria and the bacteria is gone. Properly designed studies show that long or repeated antibiotic treatment does not improve symptoms for post-treatment Lyme disease syndrome.”

Saxinger added that in studies of “alternatively diagnosed Lyme” patients, many also meet the criteria for chronic fatigue syndrome, a condition which is now better recognized. “Although it is incompletely understood, research is underway and there are some specific supportive therapies that should be suggested for these patients.”

Most chronic symptoms are not related to Lyme bacteria, so antibiotics will not help these symptoms, she said. “In addition, prolonged antibiotic treatment of ‘alternately diagnosed’ Lyme may offer the risks of intravenous access, and unnecessary antibiotic therapy, with no real chance of benefit.”

Saxinger added, “Doctors have no motive, financial or otherwise, for under-recognizing or under-treating Lyme disease. They want patients to be well and trust is a key part of any medical treatment.”

She explained that misleading information online about testing and treatment can be hard on patients, who can be quite frustrated by an inability to get help for their symptoms.

“Doctors, like patients, welcome simple answers and are delighted to find diagnoses that are readily treatable and lead to satisfied, healthy patients. We aren’t hiding anything. But right now too many complex chronic illnesses are getting labeled and treated as Lyme disease, and patients deserve better,” said Saxinger.