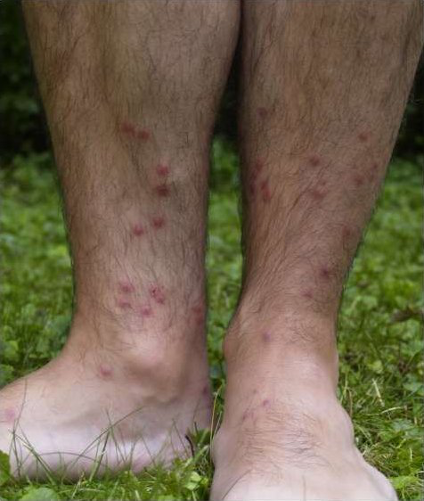 4 common water rashes and what you can do about them

Itching for a summer swim? Watch for these common rashes lurking in Alberta’s waters. 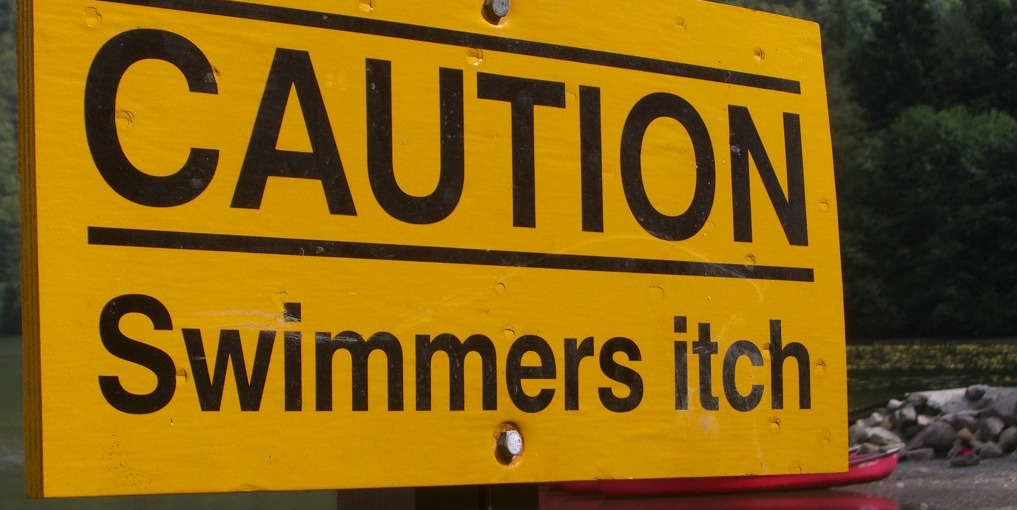 The best way to avoid a water-borne rash is to stay out of water that is visibly fouled with algae and obey any posted health advisories. (Photo by Byron via Flickr, CC BY-NC-ND 2.0)

You’ve been for a swim in the lake, and now you’re scratching at a red, irritated rash. What’s going on?

Chances are, you’ve been exposed to something icky—either a parasite or bacteria—living in the water. Rashes caused by recreational waters tend to be under-reported because people rarely see a doctor for treatment, but they’ve always been around, said Patrick Hanington, a researcher with the University of Alberta’s School of Public Health.

“We know that some rashes like swimmer’s itch occur each summer and can be contracted at pretty much every lake in Alberta,” he said.

The good news is, common rashes lurking in Alberta’s lakes and rivers aren’t harmful and usually go away on their own.

“All of these rashes are treatable,” said U of A dermatologist Jaggi Rao. Applying a cool cloth, calamine lotion, aloe vera gel and over-the-counter anti-itch creams are the best ways to generally treat water rashes, but if symptoms of increased pain, swelling, warmth, redness (including red streaks), pus or fever worsen, see your doctor.

The best way to avoid a rash is to stay out of water that is visibly fouled with algae and obey any posted health advisories, but if you do go for a dip, avoid swallowing water and be sure to rinse off or have a shower, then towel off thoroughly so your skin is dry.

Here’s what to look for and what you can do about it.

This bumpy red rash, which resembles a scattering of mosquito bites, is NOT caused by blue green algae as is often thought, but by the larvae of a worm-like parasite passed between birds and snails and into the water. When swimming, avoid lake vegetation and try to avoid morning dips, when the parasites are most active. The itchy rash can last for up to two weeks. Take care to avoid scratching the affected area, as it can cause infection.

To help relieve symptoms, use corticosteroid cream, apply cool compresses or baking soda paste to the affected area, or bathe in Epsom salts or baking soda.

Caused by contact with cyanobacteria, which is responsible for blue-green algae in the water, this common skin rash tends to be large, red and very itchy. “It appears like an intense eczema,” Rao said. Depending on the level of toxins in the water and how long a swimmer was exposed to it, the rash, which generally lasts two to three days, could be intense enough to develop lesions and cause skin breakage.

To relieve symptoms, apply calamine lotion or a baking soda paste and if necessary, an over-the-counter corticosteroid cream.

This bacteria is commonly found in soil and water and can cause a rash if a swimmer has a cut or an abrasion that becomes infected with pseudomonas. The bacteria can also sometimes become trapped in a loose-fitting bathing suit or wetsuit, causing skin irritation. It looks similar to swimmer’s itch, but can appear with a white pustule in the middle of each spot.

Over-the-counter antihistamine can help treat the rash if it is itchy.

If you’re heading for an ocean or seaside vacation, keep an eye out for this type of rash, which stems from hypersensitivity to jellyfish larvae in the water. It appears as a very itchy outbreak of red bumps similar to Swimmer’s itch, but that appear under the swimsuit of bathers who have extended exposure to seawater.

Minor symptoms can be relieved using corticosteroid cream and calamine lotion. Ibuprofen and aspirin (but not in children) may also help to reduce pain and swelling.

4 common water rashes and what you can do about them