New technique allows researchers to create technology that also has a biological function. 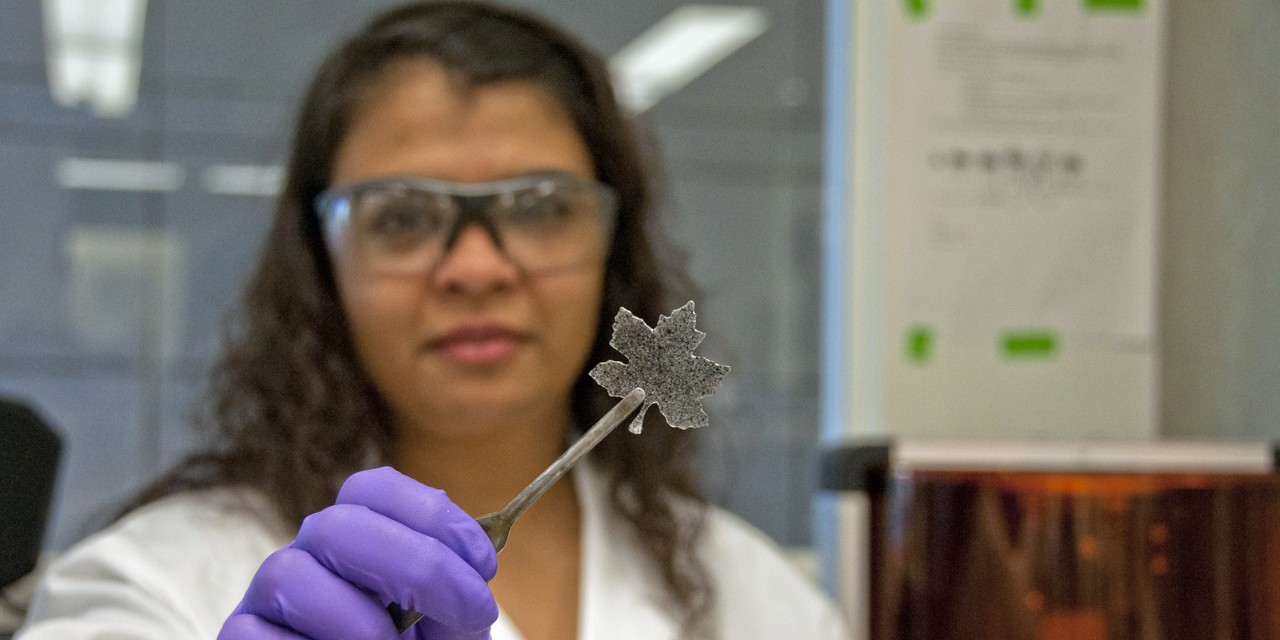 Researchers in the University of Alberta’s Ingenuity Lab have taken the first step toward 3-D printing a fully functional human organ.

“We have expanded the set of tools to enable the incorporation of biological function as an intrinsic property in the devices we print with a new class of light-curable bio-nano ink,” said Mathews. “We call it 4-D printing.

“It is the first step towards tissue engineering.”

Matthews and her group successfully 3-D printed a resin made of silver nanoparticles, carbon nanotubes and membrane proteins that, when submerged in water and irradiated with UV light, splits water molecules to generate hydrogen—essentially recreating the inner workings of a hydrogen fuel cell.

“When you irradiate the protein inside with UV, it generates a proton, which reacts with the silver nanoparticles to split water and generate hydrogen,” said Mathews. “The bio-nano ink we designed relies on a combination of materials, stability and geometry that can be controlled inside an engineered space.”

Though this type of hydrogen fuel cell already exists on the market as a more efficient alternative to the traditional titanium oxide fuel cell, the ability to 3-D print this technology is new.

Mathews sees the potential for inexpensive and highly efficient fuel cells to be 3-D printed on a large scale, but she said the destiny of this technology lies not within fuel cells but within the ability to print objects that can mimic complex natural mechanisms, such as photosynthesis in plants or processes in the human body.

Although 3-D printing organs for transplantation is still the domain of science-fiction writers, Mathews envisions a nearer future where physicians are able to print off replacement parts such as a knee meniscus, for example.

“We would print it with a material that has the mechanical properties that can withstand the pressure of the bones, as well as have some factors that can promote cell adhesion, all while preventing the body’s immune system from rejecting the meniscus,” she said. “But this is only phase one of many.

“We are very excited to make this finding that we believe to be the first step towards the journey of miles.”

The study, which was started by Mathews under the supervision of former Ingenuity Lab director Carlo Montemagno, was published in RSC Advances.