The latest tech will keep coming, but parents don’t have to let it control their families, says researcher. 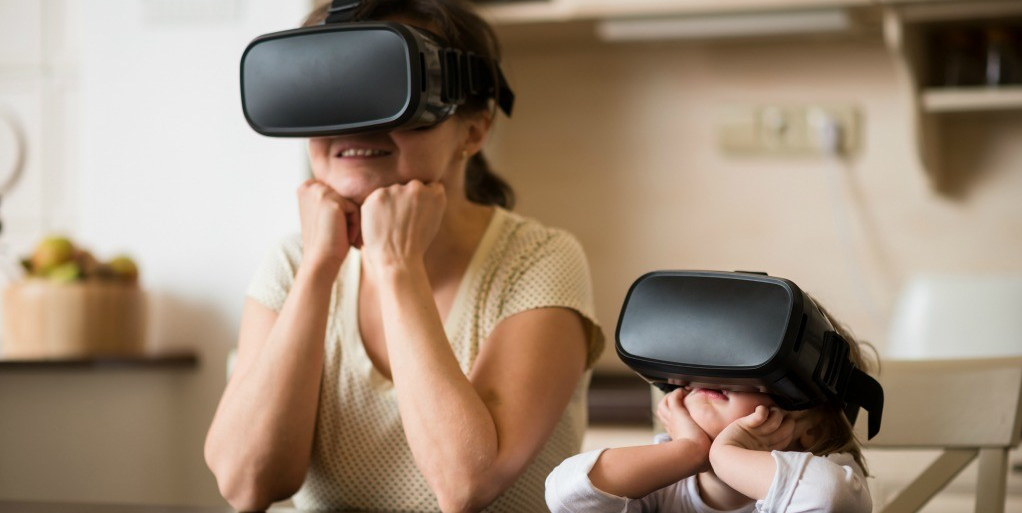 Fitting technology into family life can be challenging, but there are some things parents can do to help their kids thrive in the digital world.

Phones, tablets, laptops at home and at school—the endless parade of high-tech tools and toys used by today’s kids take a toll—so how do parents hit the Ctrl key?

The problem is ultra-modern but the answers hinge on simple, old-fashioned concepts, said Jason Daniels, a researcher with the University of Alberta’s Faculty of Extension.

Daniels teamed up with Harvard University and the Alberta Teachers’ Association on an innovative research project called Growing Up Digital, exploring the effects of digital technology on children’s education and health—everything from nutrition and exercise to problem-solving and concentration skills.

Results from the first stage of the study show that two-thirds of Alberta teachers report high levels of distraction among their students, along with heightened social and emotional challenges.

The biggest challenge of technology isn’t so much about restricting it as about fitting it into daily life in a sensible way, said Daniels.

“Technology is here to stay, so the question is, how can we use it effectively? It comes down to us making informed choices about our technology use, as opposed to letting it control us.”

“Plan the technology use. Instead of having it fill up every open space, sit down as a family and make a plan as to when technology is being used at home,” Daniels said.

For instance, not at the dinner table. Or at bedtime, when children need to log off from the blue light emitted by screens, which can affect healthy melatonin levels needed to get enough sleep.

For younger children, avoid the temptation to use technology as a “digital babysitter,” he added.

“I’ve seen parents in a restaurant pull out a cellphone and hand it to a distracted child. It works well, but then the kids aren’t learning self-regulation. How are they going to learn to sit still and wait patiently?”

“Open the lines of communication. To be able to have conversations with your kids is critical,” Daniels said. “They are going to be exposed at some point to online content that is questionable. Talk to them about what they’re going to see.”

He likens it to sending a child off on their first walk to school—run through the scenarios of what could happen and how to react. “The online context is similar to that: what are they going to do when they see stuff that upsets them? I’d want my kids to come to me to talk about it.”

Examples of conversation starters can be video games. Parents should join in if possible, he suggested. “Play alongside them and talk to them about what they are doing.”

Before nagging their kids about too much screen time, parents should have a look at their own habits, Daniels said.

“If you are preaching to your kids to not use technology as much, they learn from watching what you do, as opposed to what you tell them to do.”

He advised putting the phone down when you get home from work, and instead of zoning out in front of the TV, unplug completely and “make time to do stuff together.”

It’s not a matter of if, but when children find inappropriate content online, Daniels said. Installing filters and blockers can give parents a sense of false security, and at some point, youngsters will likely find a way around the safety barriers. “Kids are going to do what they are going to do.”

So when they are caught in the act, stay calm, Daniels advised.

“For a lot of parents, the first instinct is to freak out. But if you’ve yelled at them, they’ll keep it inside and it stops the communication.” Instead, talk to them, explain the problem, “but get away from the blame of it.”

He recommended programs that encourage interaction and critical thinking, such as one of his favourites, a TV show called The Magic School Bus, which takes children on virtual field trips.

“It not only allows kids to explore scientific concepts, but at the end also includes a discussion of what was real and what was made up in the episode.”

Daniels said parents should be careful of any online exposure for children under the age of two and as they grow, focus on quality online activity.

“They should be accessing only high-quality educational media that promote the development of literacy and math skills.”