6 simple, positive ways to engage with someone with autism

U of A autism expert gives advice to help you interact in a supportive way with children and adults on the spectrum—and check your own biases. 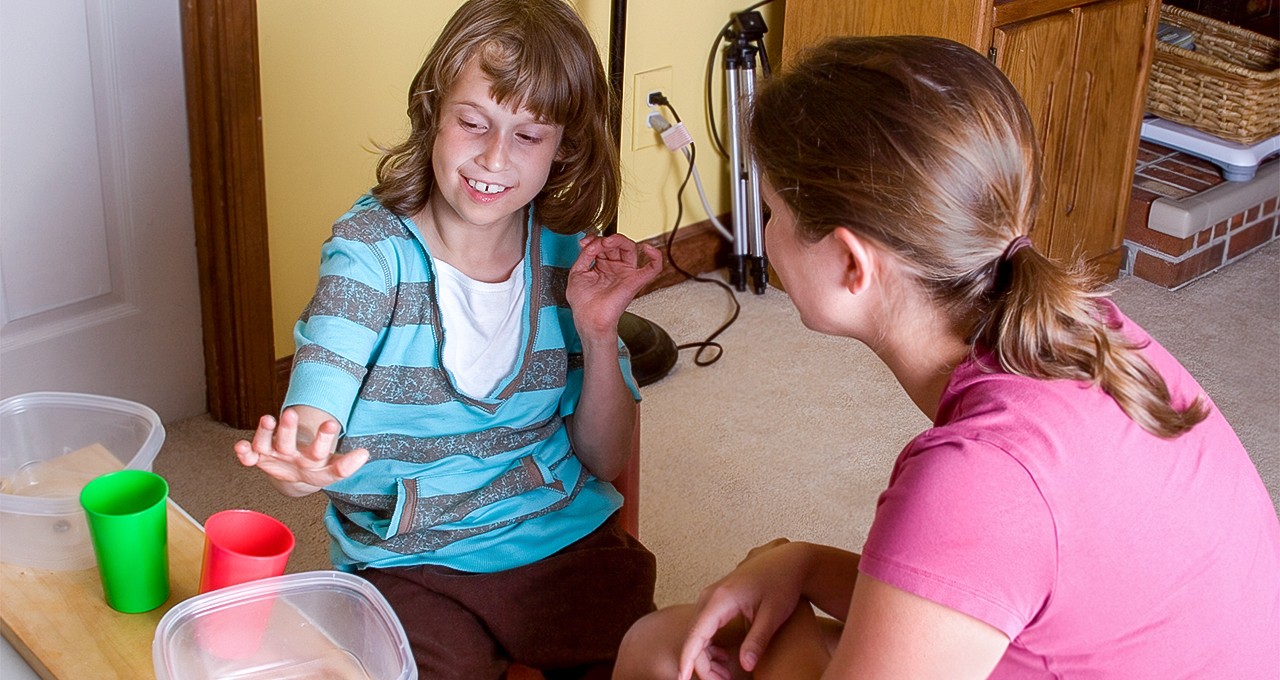 There's no "right" way to communicate with someone with autism, but adjusting your approach to the person's specific circumstances can help you interact with them—and help them interact with you, says a U of A expert. (Photo: Getty Images)

This saying is an important reminder among all who live and work with people with autism that each person living with the condition is indeed distinct, said Lonnie Zwaigenbaum, professor and director of the autism research centre in the Division of Developmental Pediatrics at the University of Alberta, and Stollery Children’s Hospital Foundation Chair in Autism Research.

It should also be important to the rest of us, considering one in 66 Canadian children is on the autism spectrum, and rates of the neurodevelopmental condition—defined by challenges communicating in social contexts, often combined with repetitive behaviours and narrow interests—continue to rise.

“People with autism spectrum disorder (ASD) are important members of the community. Chances are at some point we will be in a situation where we will be interacting with someone who is on the spectrum,” noted Zwaigenbaum.

To help ensure effective communication, here are some pointers.

“While the majority of people with autism can effectively express themselves verbally, some may prefer to communicate electronically or with some other non-verbal communication tool developed for them, such as using a tablet to point to symbols that generate words,” said Zwaigenbaum.

In fact, people with ASD have an incredibly diverse range of language abilities, he added. “That’s why the very best way to begin an interaction with a person with autism is to find out what his or her preferred mode of communication is.”

Simply ask directly, or ask a parent or caregiver of a younger child what the person prefers, added Zwaigenbaum.

Bottom line: “Adjust your own expectations and don’t go into the conversation with preconceived notions about the ‘right’ way to communicate. It’s really about taking the time to learn about that individual’s preferences, and having a respect for diversity.”

Be clear, and think about the volume level

“I’ve heard people with autism comment that others sometimes oversimplify things for them. It’s important to realize that verbal ability is not necessarily connected with intellectual ability,” said Zwaigenbaum. “Some people with limited verbal skills are highly intelligent.”

Similarly, monitor your volume level. For some people with autism, too much auditory stimuli, such as loud sounds, can be distressing.

Bottom line: Don’t make assumptions about someone’s intellectual capacity. “It is possible to find ways to communicate clearly with each person,” he said, adding that there may not be a need to change the message or content so much as the method. Also, if the setting is noisy, it may be better to move the conversation to a quiet place.

People with autism have emotions like anyone else, and can be offended. “But that inner emotion is not necessarily accompanied by obvious physical clues,” said Zwaigenbaum, which is why it may appear as though someone with autism is ‘going from 0 to 60’ suddenly when responding emotionally to a situation.

Bottom line: Understand that the way someone with autism conveys body language may not indicate their emotions in the moment, and be compassionate and respectful, he said. If you sense or know you’ve upset someone with ASD, do what you would do with anyone else—try to clarify, reassure and apologize.

Some people with autism may need some time to process the message when listening to others speak, explained Zwaigenbaum, so they may take a little extra time to respond.

“People will ask a question and continue without waiting, and by the time someone with autism has the chance to respond, the person has already asked four more questions! Some people with autism are highly verbal but they take awhile to think through what you’re saying, for example, and figures of speech may be more difficult to interpret.”

Bottom line: “If someone with autism responds to a question or comment in an unexpected way, it is worth stopping to ask yourself whether you were clear in what you said or used a figure of speech that may confuse,” said Zwaigenbaum. Also, allow people with autism the time they need to respond, don’t overtalk or fill in blank space, and be patient.

“Some people with autism may have difficult anticipating how others might react to what they say, so they may come across as speaking ‘without much of a filter’—that is, more blunt or direct than expected,” said Zwaigenbaum. “Of course, some people find this very refreshing, too, to know where you stand with someone.”

Bottom line: Recognize that someone with ASD may speak more bluntly than others, but without negative intentions, so take that into account.

Navigating how much initiative to take with people with autism can be daunting. But the reality is that some people with ASD do find themselves on the periphery and are not sure how to start conversations either.

“They may feel uncomfortable taking the lead,” said Zwaigenbaum. It may be difficult for them to interpret others’ non-verbal signals such as facial expressions, and others may have difficulty interpreting their signals. “Others may think the person with ASD seems disinterested when in fact they greatly desire social connection.”

Bottom line: No one wants to be forced into a conversation, but on balance, it’s best to be yourself, advised Zwaigenbaum—invite them into conversation as you would with any other person, make them feel welcome and show interest in what they are interested in.

6 simple, positive ways to engage with someone with autism