A close-up look at Taiwan 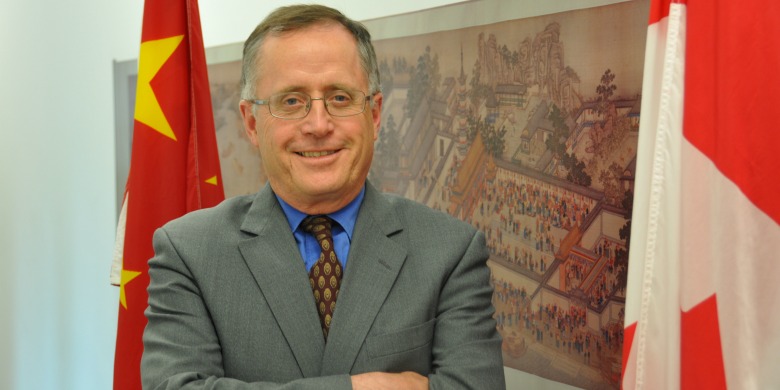 (Edmonton)�Twelve students from different disciplines across campus spent almost two weeks in Taiwan, meeting with leaders in government, business and academia, as well as other students.

“During the time that we were there, there has been significant increase in the students’ understanding of the dynamics of Taiwan,” says Gordon Houlden, director of the U of A’s China Institute, who led the group at the invitation of Taiwan’s economic and cultural office in Ottawa.

Houlden says the visit was part of an initiative by the Taiwanese president to invite young prospective leaders from North America to learn about the culture, economy and social system of Taiwan. The group also met and talked with students from Taiwanese universities, including the National Chengchi University, a leading institution.

“The students met a range of people who manage several different institutions, such as a group that runs incubation centres for biotechnology, and that centre is part of a much larger group of some 20,000 people working on cutting-edge research and commercialization of their research,” Houlden says. “Taiwan’s particular success is taking research results and turning them into business; that’s the remarkable success of Taiwan and students were able to see that.”

Seeing examples of that development�which Houlden notes occurred in little more than a decade�was valuable, says Neil Ternvotsky, a business school student in the group.

“The world economy is becoming increasingly more interconnected, and the Asian market is going to play a very big role as a trading partner and a place where Alberta and the Canadian economies can diversify and look towards,” Ternvotsky says. “Alberta is aligned to one particular sector, whereas the Taiwan economy is focused on innovation and entrepreneurship and that focus is something that Albertans and Canadians can look towards and learn from.”

Political science student Kristjana Lopston says the trip changed her understanding of politics. “I learned about different ways of exercising international diplomacy without employing the conventional international organizations such as the United Nations,” she says. “I thought I knew what politics was about but the trip expanded my views on what it means. For example, Taiwan is not an independent country, so they have to have different kinds of diplomatic relations with other countries, which is a different way of approaching solutions.”

Houlden says the trip is exactly the kind of international experience the university is committed to creating for U of A students. “This trip fits perfectly within the university president’s vision of enhanced student mobility,” he says. “Of course, I’d be happier if instead of 12 there are 12,000 students to witness the success and challenges that Taiwan is facing in Asia. But nonetheless, 12 top students have been able to have access to what would be impossible for an individual to achieve, and most groups would not achieve, simply by travelling to Taiwan. While the numbers were not huge, for those students the impact is rather large.”

Lopston underscores that point. “The experience of meeting Taiwanese people face to face and learning from them about what’s happening in Taiwan, and the information I got from that, is not something I could have read about or have access to otherwise.”

For Ternvotsky, his first international engagement experience was priceless.

“I gained a lot more from the trip than I thought I would. It was a unique opportunity to learn about a new culture, and the fact that it was organized through the China Institute gave us unique access to Taiwan and gave us an intimate look into the country and its culture,” Ternvotsky says.

“It’s one thing to read about something in a textbook, but to get firsthand experience of a country and immerse in its culture is an invaluable experience.”

A close-up look at Taiwan
Newsroom