A healthy rivalry for a good cause 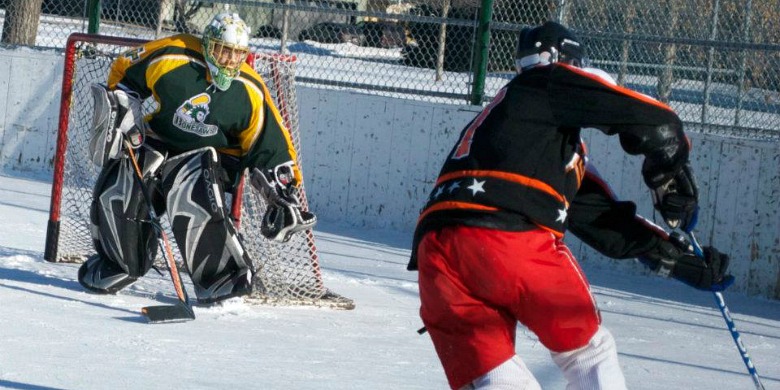 130207-medicinecup-banner
UAlberta students from the Faculty of Medicine & Dentistry are taking on other allied health professionals in a hockey tournament this weekend to raise funds for the Stollery Children's Hospital Foundation.

(Edmonton) Students from the University of Alberta’s Faculty of Medicine & Dentistry will take on other allied health professionals this weekend in a charity hockey tournament.

The Medicine Cup Charity Tournament, now in its ninth year, raises money for the Stollery Children’s Hospital Foundation. Twenty-four teams from the faculty, as well as from other U of A health-sciences faculties (such as rehabilitation medicine), and other allied health professionals (such as the Strathcona County fire department), will face off starting Feb. 8. They’ll play throughout the weekend at five rinks around the south side of Edmonton, including Empire, Parkallen, McKernan, Strathearn and Pleasantview, where the finals will take place on Sunday.

“It’s definitely one of the highlights of the year,” said one of the student organizers, fourth-year medical student Dani Lowe. “The men’s side is extremely competitive, so on top of it being for a great cause, you get to watch some pretty high-intensity hockey games.”

“We’re promoting health and wellness, as well as raising money for a great cause,” added fellow organizer and classmate Chris DeSutter. “What else could you ask for?”

Lowe and DeSutter hope the tournament will raise about $10,000 this year. In its first eight years, the tournament has raised $100,000—an amount organizers say was the 10-year goal.

A healthy rivalry for a good cause
Newsroom