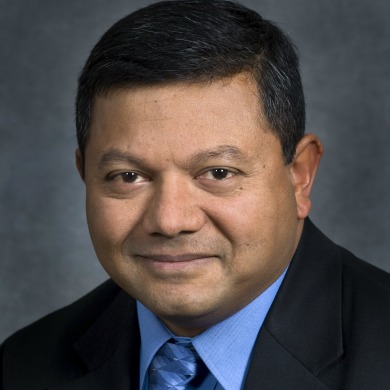 120911-arunmajumdar-banner
Arun Majumdar was founding director of the U.S. Advanced Research Projects Agency - Energy from 2009 to 2012.

(Edmonton) Access to affordable and reliable energy has been a cornerstone of the world’s increasing prosperity and economic growth since the beginning of the industrial revolution. That quest is not going to change as the world moves through the 21st century—but increasingly, energy must be not only available but also sustainable.

This wrinkle in the search for new energy sources has set the stage for what some believe to be another industrial revolution, with research institutions leading the charge.

“The University of Alberta is at the forefront of many energy-related research and technology developments,” said Thomas Thundat, professor in the Department of Chemical and Materials Engineering. Thundat is no stranger to energy technology, sitting as one of just four U of A Canada Excellence Research Chairs, his being in oilsands molecular engineering.

Thundat’s research, which is focused on developing novel nano-scale detection and extraction technologies to improve the overall efficiency of how Canada’s oilsands are processed, is part of a broad energy-research web at the U of A made up of hundreds of researchers in dozens of labs.

To help sort through where the world’s energy needs sit, Thundat has invited longtime friend and collaborator Arun Majumdar, who was hand-picked by U.S. President Barack Obama in 2009 to become the founding director of the Advanced Research Projects Agency – Energy, a U.S. Department of Energy initiative created to shine a light on transformational energy research that industry by itself cannot or has not supported because of its high risk.

“I believe Arun’s talk will give us a feel for the lay of the land in prioritizing the U of A’s energy-research initiatives,” said Thundat.

Before joining the Department of Energy, Majumdar made a name for himself at the University of California, Berkeley, where he worked in the science and engineering of nano-scale materials and devices as well as large engineered systems. During his three-year tenure leading ARPA–E, Majumdar helped create a vision for the agency to innovate the future of energy technologies, while setting up an organization with a culture of speed, efficiency, transparency and integrity.

“Access to affordable fossil energy will be around for several decades, and that’s great, but be that as it may, there are issues about climate change that we should be worried about,” said Majumdar, who will be on hand Sept. 14 to give a free talk entitled “Is the Next Industrial Revolution on Sustainable Energy?”

Majumdar’s talk is named for a paper of his recently published in Nature, in which he and U.S. secretary of energy Steven Chu argue that the next industrial revolution, the first one based on fossil energy, needs to be sustainable. The paper concludes that government policies designed to stimulate innovation need to align market forces to accelerate the development and deployment of affordable, accessible and sustainable energy that can simultaneously power economic growth, increase energy security and mitigate the risks of climate change.

“Some people claim that decarbonized technologies are expensive, but the actual fact is that many of them are not—even today—and some will be affordable within this decade,” said Majumdar. “However, being cost competitive is not good enough, because incumbent technologies will generally win because of financial concerns, real or perceived, of new technologies.”