A potent voice for change 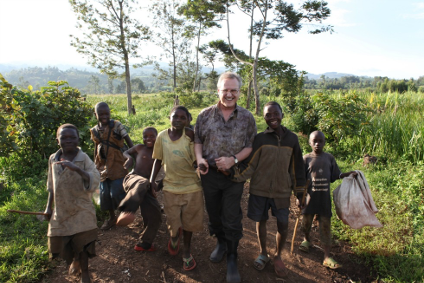 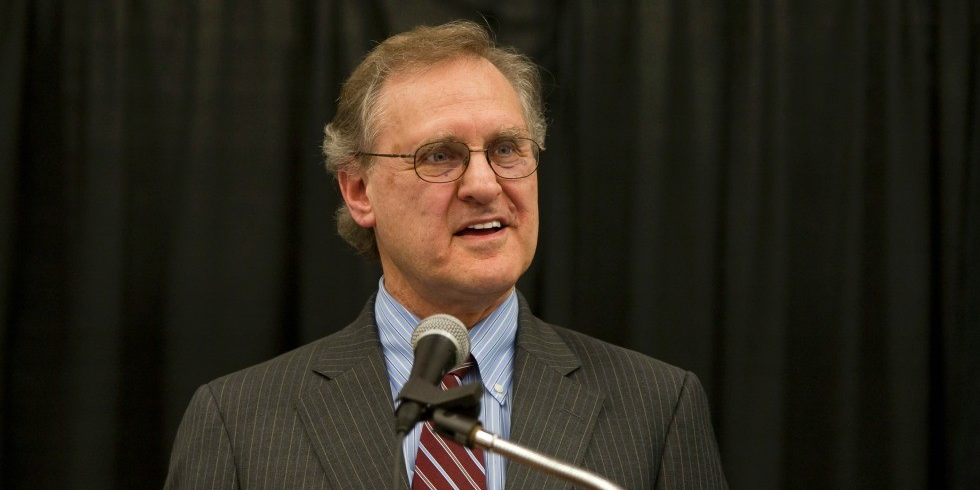 Mention Stephen Lewis to anyone who’s had a chance to hear him address an audience and you get a common response—“What a powerful speaker!” The exceptional oratorical gifts of this social activist, author and former politician are undeniable, but he is also tenaciously dedicated to the “good fight,” advocating for the world’s poor and working tirelessly to stem the tide of HIV/AIDS in Africa.

When asked about his love of words, he cites the influence of his father David Lewis, a former leader of Canada’s New Democratic Party, who “spoke wonderfully and had a tremendous gift for language.” He also credits his wife, journalist and author Michele Landsberg, a “talented wordsmith who changed my socialism into a socialism with feminism.”

Lewis first brandished his silver tongue in public when his U of T debating club took on a promising young American senator by the name of John F. Kennedy in 1957. According to those in the audience, Kennedy was flat that day, while Lewis’s debating performance at the tender age of 19 turned heads. He later had a chance to hone those skills as leader of the Ontario New Democratic Party and the government’s official opposition from 1970 to 1978.

“I think language is great fun and I abuse it happily,” he says with characteristic self-deprecating wit. “I use words that I haven't the faintest idea of their meaning, but I know the audience doesn't know either, so no danger.”

The irony is that Lewis knows exactly what his words mean—and he doesn’t mince them. He took flak after the publication of his 2005 book A Race Against Time for upbraiding the United Nations in its less-than-committed pursuit of the Millennium Development Goals (MDGs), calling out those individuals who stood in the way of progress.

It was considered a risky move at the time, since Lewis was in fact employed by the UN for two decades. He was Canada's ambassador to the UN from 1984 through 1988, and the UN secretary-general’s special envoy for HIV/AIDS in Africa from 2001 to 2006. From 1995 to 1999, he was deputy executive director of UNICEF in New York.

Later this week Lewis will bring his extraordinary verbal prowess to the U of A’s International Week, where he will recount progress made on those original eight goals adopted by the UN in 2000, and outline what needs to be done to make the 17 Sustainable Development Goals (SDGs), adopted last fall, effective. He will explain the differences between the two sets of goals, focusing “strongly on questions of gender but particularly as evidenced by sexual violence. I'll speak to sexual and reproductive health, about maternal health, on global warming to some extent, and necessarily to questions of inequality.”

The UN itself doesn’t hesitate to claim “enormous progress” on the MDGs over their 15-year term, a fact that in their estimation can only point to bright prospects for the new blueprint. Lewis’s assessment of that progress is more qualified.

“There's no question that the global incidence of poverty has come down,” he concedes, “but that's largely ascribable to one country—China. China's reduction in poverty, which is nonetheless real, skews the figures. Poverty remains very high in parts of Southeast Asia and sub-Saharan Africa.”

His list of areas where the goals fell miserably short of their targets, however, is much longer. The world has done poorly on issues of gender equality, girls’ education from secondary school on, and sexual and reproductive rights, which initially weren’t even on the MDG agenda.

Progress on income equality and overcoming the disparities between countries gets a failing grade from Lewis, as does “grave problems around maternal health.” And while the amount of money for overall development assistance has increased marginally overall, he says, it has decreased for poor countries.

Most damning of all, however, is the global record on protecting the environment.

“Our progress on environmental issues, particularly on climate, has been negligible over the 15 years—it's the single greatest failure.” And the recent Paris climate accord (COP21) brings little solace, he adds, largely because emissions targets are not binding.

“Even if you took all of the targets together of all of the countries, you still would not be able to bring the temperature down to the level that would protect the planet. So while Paris was seen as a monumental triumph by people who felt it necessary to embroider it in that fashion, I think some fairly level-headed environmentalists are deeply concerned.”

Despite this long list of failures, Lewis says he does have faith in the newly fashioned SDGs. For one thing, they are aimed at developed nations as well as the developing world, along with an obligation to report on conditions of poverty in our own backyard.

“So Canada, which took a pass on the MDGs and looked down our noses because they were purely for those pathetic developing countries … will be confronted directly with the question of what we are going to do on Aboriginal rights. Which of all these promises that relate to the Aboriginal community are we going to act on?”

Another crucial change, says Lewis, is that the SDG committee recognizes the interdependent nature of the 17 new goals, expanded to include a much wider environmental emphasis.

“The drafters suddenly understood that you have to move on every front simultaneously, and it's a mistake to think you’ve got a hierarchy of goals and targets. These are all urgent necessities for people who are under siege for the vulnerability of the human condition.”

But the biggest cause for hope isn’t in the goals themselves, says Lewis. It’s in the eyes of the young people he’s spent time with lately who have an insatiable appetite for change.

“Not that I have legitimacy in teaching, but I've been teaching recently at McMaster and McGill, and now Ryerson, and I'm fascinated by the determination of young people to improve the world.

“I get a terrific kick out of International Week at the U of A, because the people who attend, and are active in the university, seem to care about the world. They are not daunted by what's going on. There is an underlying optimism, especially among young people.”

A potent voice for change
Newsroom