A quick guide to summer reading

UAlberta Libraries staff make the decision of what to read this summer an easy one. 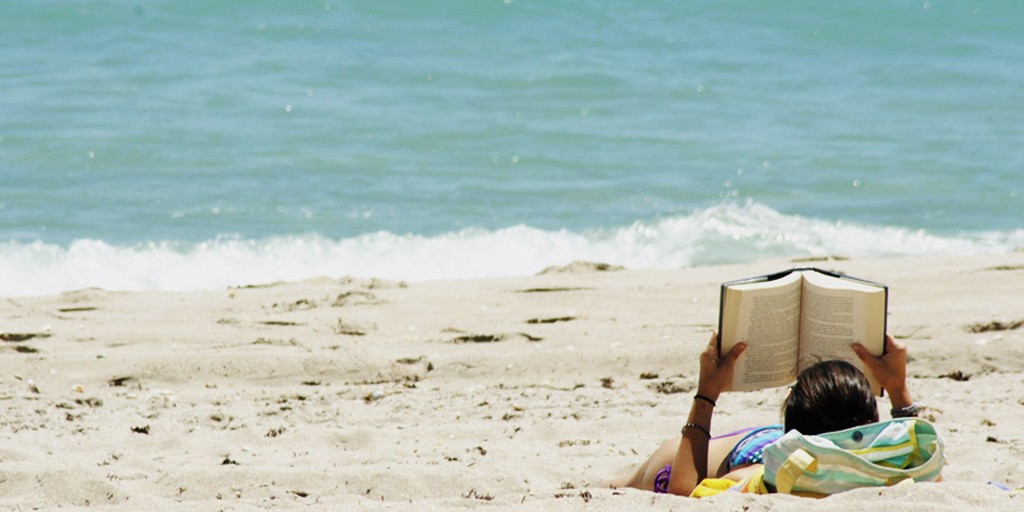 The UAlberta Libraries staff have put together a summer reading list, in which there's something for everyone. (Photo by Josue Goge via Flickr, CC BY-NC-ND 2.0)

Summer is in full swing and to help with your summer reading University of Alberta Libraries staff have compiled a list of their favourite summer reads.

There is a little bit for every taste on this list, including thrillers, mysteries, romance, graphic novels, nonfiction and poetry.

Most of these books can be found in the UAlberta collection. If you decide you want to check it out, click on the title to get a direct link to the book's record in the library catalogue. Lab Girl by Hope Jahren
An entertaining memoir of a prominent woman scientist that reads like a good story and expresses a wonderful passion for plant life.

Lots of Candles, Plenty of Cake by Anna Quindlen
Pulitzer prize journalist and novelist reflects on her career, family life and her view of life's later years to come.

Alone Against the North: An Expedition into the Unknown by Adam ShoaltsAllows you to experience the thrills and challenges of modern day exploration, and to appreciate the beauty of the Canadian North.

The Eyre Affair by Jasper Fforde
Simultaneously silly and smart.

The Handmaid's Tale by Margaret AtwoodIt is very relevant to today, particularly the extreme evangelical republican party, and the new TV Series. Big Little Lies by Liane Moriarty
There's a mystery at the centre of it that makes you want to keep reading.

Where'd You Go, Bernadette? by Maria Semple
a quirky read, and I love the way it's written through notes, letters and emails.

In a Dark, Dark Wood by Ruth Ware
Summer is wedding season. Friends, Nora and Clare haven't seen each other in 10 years, until, out of the blue, an invitation to Clare’s stagette "hen" arrives. The past and secrets start coming out. Things start going very wrong. honest way it portrays reservation life and the struggle to overcome barriers.

What is Not Yours Is Not Yours by Helen Oyeyemi
Beautiful writing with bits of magic and whimsy. It's a book of short stories [though they all connect, in some way], so you get a variety of wonderful stories.

Keeper'n Me by Richard Wagamese
The best part about this book is how it is told in two voices: one of the elder and one of the city-raised boy. The dry sense of humour makes it fun to read too.

The Circle by Dave Eggers
Fans of the show Black Mirror will love this. A conspiracy/thriller centred around a Google/Apple-esque company. I also saw some parallels with elements of scientology and the culture of denunciation in communist regimes. A real page-turner and a great summer read.

You are a Badass: How to Stop Doubting Your Greatness and Start Living an Awesome Life by Jen SinceroI
It's self-help for people too punk rock for self help books.

So You've Been Publicly Shamed by Jon Ronson
Looks at an interesting facet of social media. Also, a fascinating peek into another aspect of Zimbardo's prison study.

Paper Girls by Brian K. Vaughan
The artwork could tell a story on it's own.

Cutting for Stone by Abraham Verghese
Serious but beautifully detailed and written.

Sense and Sensibility by Jane Austen
Jane Austen's wit, humour and poignant prose help you to remember the importance of self-reflection and give a window into life in regency England.“Sometimes one is guided by what they say of themselves, and very frequently by what other people say of them, without giving oneself time to deliberate and judge."

A quick guide to summer reading