A repeat patient for a reason 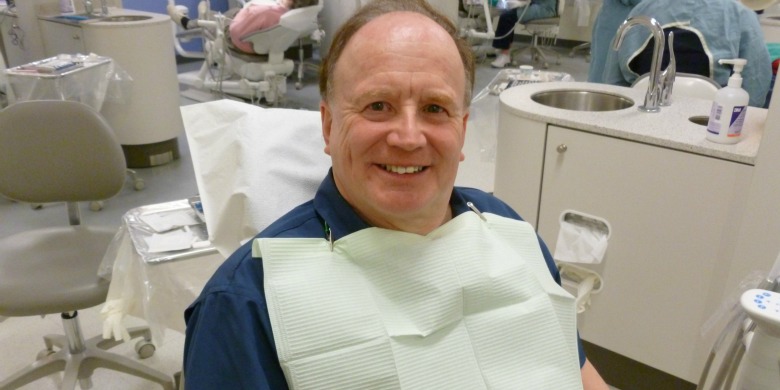 130410-robert-gilmour-banner
Robert Gilmour became a regular patient at UAlberta's School of Dentistry clinics after his first dental hygiene exam revealed a tumour on his neck—a discovery that could have saved his life.

(Edmonton) Robert Gilmour is a repeat patient at the University of Alberta School of Dentistry’s dental clinics, and not just because of the money he saves.

When Gilmour took early retirement in 2003, he was left with no dental coverage. So he contacted the U of A School of Dentistry to book an appointment through the school’s patient clinics, which offer dental care in a teaching setting at reduced prices.

In 2005, Gilmour had his first dental hygiene appointment at the U of A school. During the exam, the student and dental hygiene instructor found something they weren’t expecting: a lump in Gilmour’s neck. They recommended that Gilmour see his doctor, which he did, thinking it would only be a precautionary measure. An ultrasound revealed he had a carotid tumour.

Three weeks after diagnosis, Gilmour was on the operating table. Two surgeons worked for three hours to remove the tumour. It wasn't cancerous, but would have carried severe health risks if left too long without proper attention.

One of the surgeons later wrote to the director of the U of A’s dental hygiene program to recognize the thorough work of the instructor and student in discovering the tumour—a discovery that may have saved this man’s life.

A repeat patient for a reason
Newsroom