A return to the Perilous Realm 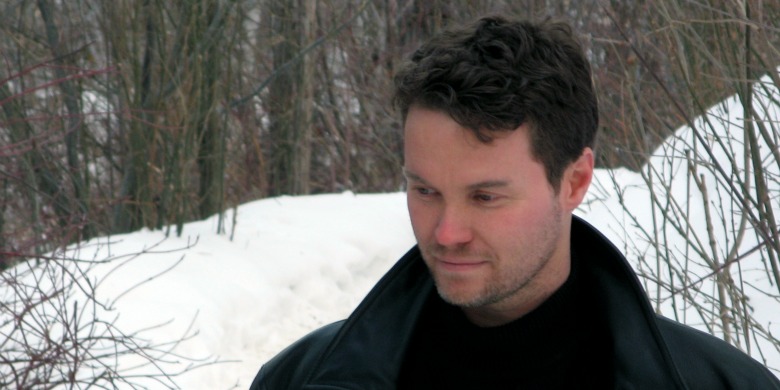 (Edmonton) It's been a long wait for the second novel in Thomas Wharton’s fantasy trilogy for young readers. But the University of Alberta professor of creative writing says he hopes the four-year interval has made for a better book.

“I’m pretty happy with it,” says Wharton of The Fathomless Fire, the sequel to his 2008 The Shadow of Malabron. “Because of the time I spent on it, the story took some interesting, surprising directions—I think it’s a pretty exciting book.”

In the first novel in the series, Wharton’s boy hero, Will Lightfoot, starts his journey in our world and ends up in the Perilous Realm, a world where stories come from. “He meets various characters who seem to come from familiar stories,” says Wharton. “There’s a wolf, for instance, whose own backstory is like Little Red Riding Hood.

“I’ve always been interested in story itself—what it is, how it works and why we love stories and live by them. So it’s an exploration of that….People love these traditional stories and love to see them replayed and played with.”

In The Fathomless Fire, Will returns home but can’t stop thinking about the characters he met in the Perilous Realm. One day, he receives a message from the realm that one of his friends may be in danger, so he returns, and complications ensue.

When Wharton decided to write fantasy for young adults, it seemed like a departure from his usual fare. But as he points out, all of his previous works—Icefields (1995), which won the Commonwealth Writers’ Prize for best first book; Salamander, shortlisted for the Governor General’s Literary Award; and Logogryph, a short-story collection shortlisted for the 2006 IMPAC-Dublin Prize—contain elements of the fantastic. “They just seem now to be getting further and further away from we call  the real world.”

Wharton started writing for a younger audience when his own three kids began taking an interest in his writing. He didn’t feel they’d appreciate his adult novels, so he came up with something that catered more to their tastes.

Now he says he has no problem calling himself a fantasy writer. He recalls resisting the label when U of A English professor Doug Barber once called Salamander, concerning an 18th-century quest for the infinite book, a fantasy novel. “I said, ‘No, no, it’s not!’ But actually, yes, it is. That seems to be the territory I like to work in. I just love to make  up my own worlds.”

It hasn’t been easy remaking himself in the book industry. “The kids who I heard from really liked The Shadow of Malabron, but critics and reviewers were quiet. It was like I started all over again as a writer. I was known for writing these adult books of a particular kind, and now I’d gone into a new genre. It was like people were saying, ‘Who is this guy?’”

The third book in the Perilous Realm is now also completed, says Wharton. It’s undergoing a few edits before its release, hopefully within a year. He adds he’s also entertaining a few other ideas for both young and adult fiction.

The book is available at most bookstores.

A return to the Perilous Realm
Newsroom