A voice of reason on violence 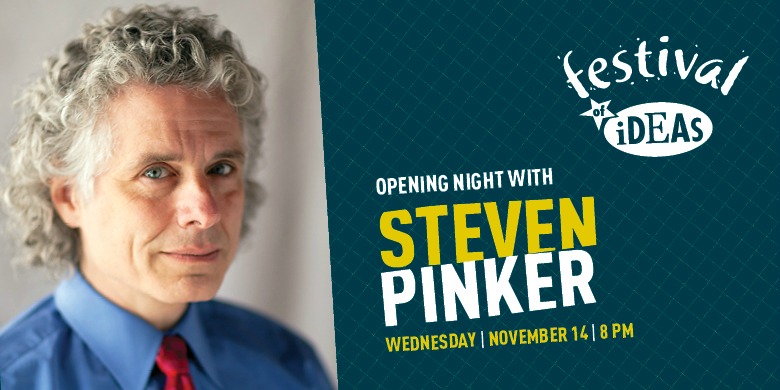 (Edmonton) Best-selling author Steven Pinker kicks off the University of Alberta’s 2012 Festival of Ideas Nov. 14 with a talk that will help quell many people’s fears that the level of violence in the world will reach a tipping point and consume the planet.

Pinker, the Montreal-born Harvard professor of psychology, brought volumes of historical data together in his 2011 book, The Better Angels of Our Nature: Why Violence Has Declined. His message has since been carried to newspapers and talk shows across North America.

Using historical data as a tool in his book and his public lectures, Pinker quotes the facts of violence, showing declines in violent behaviour of almost every description.

As Pinker recently told Edmonton Journal columnist Paula Simons, history made us recognize that many in power let emotions drive their support for war.

"The arguments for World War I were romantic, tribal, macho—and that glorification of war, which was completely idiotic, swept up a lot of poets, artists and intellectuals. After the catastrophe of World War I, those manly, thrilling, heroic arguments lost some of their appeal."

Now he’s bringing his message to the University of Alberta’s Festival of Ideas. Pinker opens the festival Nov. 14 at 8 p.m. at the Winspear Centre in downtown Edmonton.

Get tickets for the event

Check out other featured speakers

A voice of reason on violence