A word on polar bears 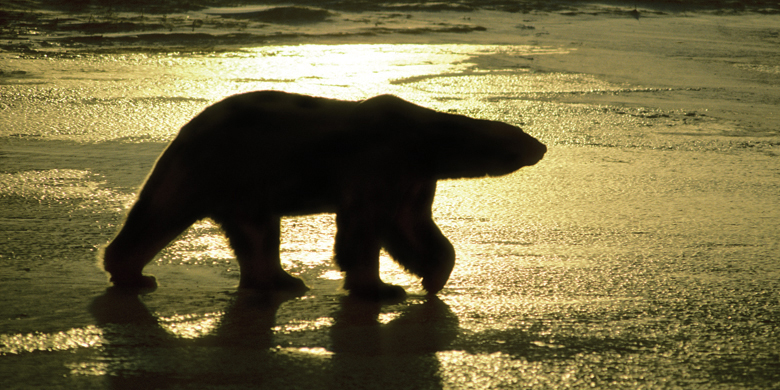 120227-polarbearusethisbanner
Andrew Derocher's new book, "Polar Bears: A Complete Guide to Their Biology and Behavior," celebrates the species, in part, by examining little-known facts, one of which is that the polar bear's skin is actually black.

(Edmonton) Today’s celebrations of International Day of the Polar Bear include a book launch in Edmonton by one of the world’s leading experts on the animal.

Despite the already well-publicized fact that global warming could drive polar bears to extinction, Derocher says the book is not a “eulogy” for the species, but a “celebration of its uniqueness.”

From its evolutionary roots in the Irish brown bear to the polar bear’s favoured diet of seals, Derocher says he strived to fill the book with interesting polar bear facts and perspectives that allow the reader to understand how the species thrives in such a brutal environment.

Derocher says one little-known fact about the polar bear is the Arctic predator isn’t interested in seal meat, but rather the blubber. “All that fat offers the polar bear the maximum calorie intake per kill,” said Derocher. “Seal blubber almost has the energetic equivalent of heating oil.

“It’s all about survival—meat is protein, and that requires the bear to eat snow to excrete the nitrogenous wastes.  As everyone knows, eating snow is a good way to lose energy, and that’s counter to what a polar bear wants.”

Another interesting fact is that a polar bear’s skin is “as black as its nose,” said Derocher.  It’s also notable that cubs are born with pink skin, but why it transforms is still a mystery.

When he talks about the polar bear’s Arctic world, Derocher says keeping the tone of the book positive was a challenge.

“We have to talk about global warming and the disappearance of the sea ice because that ice is key to the polar bear’s existence,” he said.

Canada, says Derocher, has a special responsibility for the polar bear’s future. There are 19 polar-bear populations across the Arctic, and 13 of them are in Canadian territory. “If the polar bear can hang on until the end of the century, there’s hope we can get the global temperature turned down,” said Derocher.  “But until then, we’re forcing them further and further north as the sea ice retreats.”

Derocher hopes his fascination with polar bears rubs off on some readers.

“It seems we only care about things we know about, so hopefully the book will engage readers and more people will commit to ensuring the polar bear has a future.”

A word on polar bears