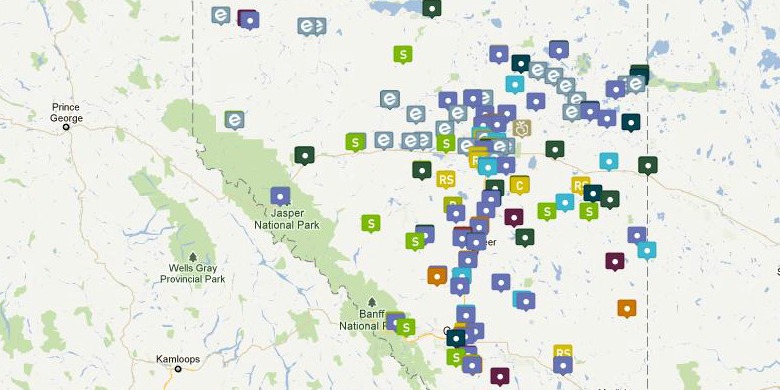 120418-advancingalberta-banner
The University of Alberta touches communities across the province.

When the University of Alberta was created by an act of parliament in 1906, it was with the intent that creating the province’s first university would advance all Albertans.

More than a century later, the U of A’s influence can be felt in the furthest reaches of the province and at every point in between. To mark the ways that the university touches Alberta, a website entitled Advancing Alberta has been created that showcases the ways in which the university is, as its founder Henry Marshall Tory would say, “uplifting the whole people.”

“The U of A has a powerful story to tell in terms of the role it plays and has played in building the province—one that consists of a host of smaller stories illustrating how the university and its people touch communities across Alberta,” said Indira Samarasekera, president of the U of A. “Through this new website, online visitors can see and read just how diverse and far-reaching U of A’s activities are and get a better sense of the benefits they gain from supporting our work.”

Using a Google Map, the site offers a virtual pincushion atlas of the U of A’s many research projects, partnerships, initiatives, programs and fast facts about enrolment and alumni from the four corners of Alberta.

“There are many ways that we go about trying to get information out to people throughout the province, but when you think in terms of how the University of Alberta—their University of Alberta—is affecting their lives and their community, we thought, ‘Why not let them find out, using today’s technologies, in a way that makes sense for them,’” said Debra Pozega Osburn, vice-president (university relations). “It is our responsibility to let people know how we are affecting people’s lives in a positive way.”

One of the hundreds of activities plotted on the map is the Sanctuary: Spiritual Heritage Documentation Project out of the Faculty of Arts that is preserving through photography the sacral material of all rural prairie Ukrainian churches, which are increasingly at risk as congregations age and migrate to the big cities. The project has already documented nearly 60 churches around Alberta.

“All architectural landmarks change and it’s important to record them while they exist,” said John-Paul Himka, history and classics researcher, who is heading up the project with fellow history and classics researcher Frances Swyripa, and Natalie Kononenko, researcher in the Department of Modern Languages and Cultural Studies. “This is Alberta history—it’s meaningful for the community, for rural towns and to the Ukrainian population, which is fairly unique as it represents the only post-Byzantine colonization outside of Europe.”

The U of A’s positive impact might be felt most widely through DiscoverE, a U of A student-delivered initiative from the Faculty of Engineering that delivered 758 workshops to 17,877 Alberta elementary and junior high students in 2011. Almost 2,300 youth attended DiscoverE summer programming.

Mohamed El Daly, director of DiscoverE, explains the camps exist as a way to introduce science, engineering and technology to youth and children in a fun way that shows them that working in these fields is a possibility.

“Getting children and youth to pursue these careers, specifically those in communities that are under-represented in sciences and engineering, such as women, Aboriginal people or people with limited abilities, gives them better job opportunities and, accordingly, it will reflect better on our economy in the future,” said El Daly. “It is part of giving back to the community and showing that there are possibilities for everyone, and that education is not limited to a selected few.”

In the longer term, Pozega Osburn says she is hoping the site will be expanded to include the U of A’s impact nationally and globally, but for now, a critical part of the university’s mission and mandate is right here in Alberta. “This is potentially the start of something really fantastic.”

To have your project or program added to the map, send inquiries to
darlene.bryant@ualberta.ca