After Paris: A closer look at the 2015 UN Climate Convention 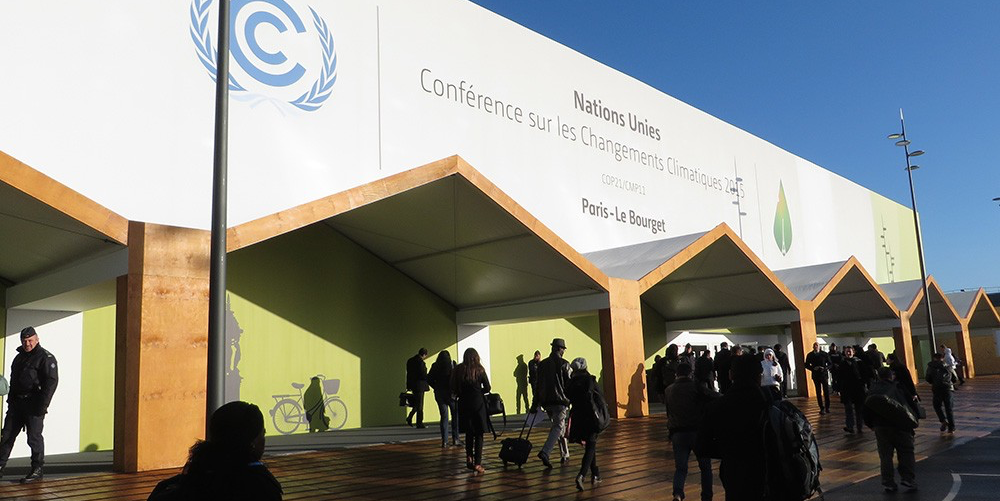 The 2015 UN Climate Convention in Paris (COP21) brought together nearly 200 countries in a historic display of unity against climate change. During the convention—considered by many to be the last chance for national governments to offer a meaningful response to climate change—195 countries signed the Paris Agreement and vowed to work together to keep the rise in global temperatures below 2 C by the year 2100.

“COP 21 constituted one of the first occasions on which countries across the planet recognized the necessity of addressing global warming," says Imre Szeman, Canada Research Chair in Cultural Studies at the University of Alberta. "Not only will nations work to collectively limit global warming to less than 2 C above pre-industrial levels, but they also agreed to try to limit increases to the lower level of 1.5 C.”

Szeman notes the challenge now is the execution of those promises. He says the good news is, with these goals in writing, governments can now be held accountable for what they do—or don’t do—to make sure to achieve them.

Which is why, in the wake of COP21, the Faculty of Arts’ Petrocultures Research Cluster is hosting a public forum called “After Paris: An Interdisciplinary Response to the UN Climate Convention.”

The forum will provide an opportunity for scholars to debate the possible outcomes, implications, successes and failures of the convention and the agreement, from a range of disciplinary perspectives and concerns. Most important, Szeman says, members of the public will have an opportunity to be heard.

“Studies have shown that people are increasingly aware of global warming and the role played by their own daily life practices,” he says. “As individuals whose economic well-being is strongly tied to extractive resource industries, Edmontonians have a unique perspective to offer on climate change.”

The After Paris public forum is set for Jan. 28 at 7 p.m. at the Ledcor Theatre in the Art Gallery of Alberta. Panellists include Szeman, Banting Postdoctoral Fellow Lynn Badia and University of Calgary geography, communication and culture professor Gwendolyn Blue.

Szeman says it’s important for Edmontonians—and all Canadians—to start thinking about how we can affect climate change individually.

“To limit global warming, changes to how we live will need to be made,” he warns. “Why not take on the challenge of leading the way instead of fearing the consequences of this transition?”

Encouraging people to make the shift to a global culture of responsibility and accountability is a running theme in the Petrocultures group’s research and events.

“A ‘petro-culture’ is characterized by how the inexpensive and vast supplies of coal, oil and gas have made possible energy-intensive technologies, institutions and cultural lives,” explains Badia. “As we see the growing call to transition away from fossil fuels, it will be necessary to think through how our values, behaviours and relationships will also be transformed in the process.”

After Paris, sponsored by the U of A, the Faculty of Arts and the Kule Institute for Advanced Study, is free and open to the public. Anyone interested in attending is encouraged to visit the Petrocultures website for more information.

After Paris: A closer look at the 2015 UN Climate Convention
Newsroom