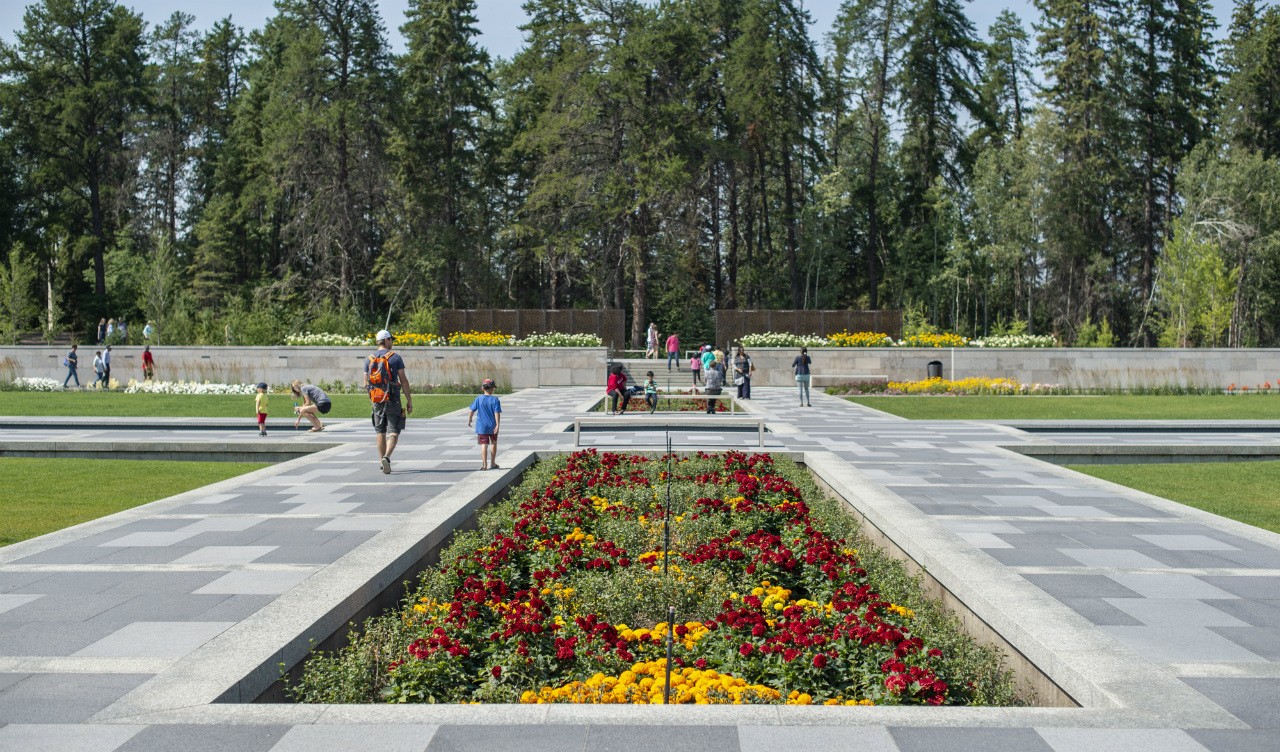 The Aga Khan will be at the U of A Botanic Garden Oct. 16 for a private ceremony inaugurating the breathtaking 4.8-hectare garden that bears his name. (Photo: Paul Swanson)

The Aga Khan is coming to the University of Alberta Botanic Garden to officially inaugurate the garden that bears his name in a private ceremony on Oct. 16.

The 4.8-hectare Aga Khan Garden, given to the people of Alberta as a gift by the Aga Khan, is a contemporary interpretation of Islamic landscape architecture in a northern climate.

It opened in late June to rave reviews, contributing to a doubling of visitors to the U of A Botanic Garden in July and August compared with the previous two years.

Designed as a space to enhance dialogue and understanding among people of all backgrounds, the Aga Khan Garden is the latest in a network of 11 Islamic gardens and parks built or restored by the Aga Khan Trust for Culture around the world that offer spaces for connection, contemplation and education, enabling cultural understanding to flourish.

The garden—designed by world-renowned landscape architecture firm Nelson Byrd Woltz—also has the distinction of being the northernmost Islamic garden in the world and only the second one in North America.

“While it’s inspired by other spectacular Islamic gardens around the globe, the Aga Khan Garden is truly unique,” said Lee Foote, director of the U of A Botanic Garden.

“For example, it has secluded forest paths, 12 water features—including some that stream into wetlands—and an outdoor amphitheatre. It also has a fruit orchard and more than 25,000 trees, shrubs and perennials, annuals and wetland plants, all selected for fragrance, beauty and the ability to survive Alberta’s northern climate.”

The Aga Khan is the spiritual leader of Shia Ismaili Muslims around the world. One of the world’s leading advocates of a pluralist, cosmopolitan ethic for more than 60 years, he embraces human diversity as a fundamental value and as an antidote to social fragmentation and division.

He received an honorary degree from the U of A in 2009 in recognition of his lifelong service to humanity.

Although the official inauguration is a private event, the public can view it via livestream.