Albertans getting plenty of sleep, but it’s not all good 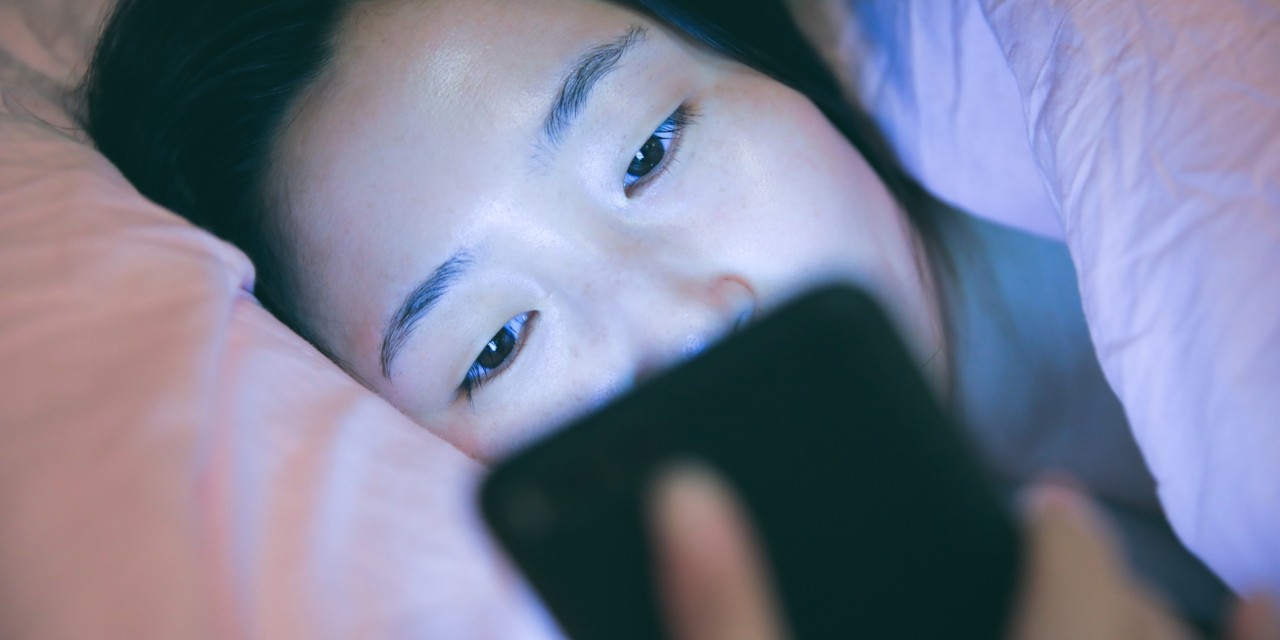 Nearly two-thirds of Albertans who own electronic devices use them within 30 minutes of bedtime, which can disturb sleep patterns, according to the latest Alberta Survey of Physical Activity. The survey also showed that only 64 per cent of Albertans are doing enough physical activity to get health benefits. (Photo: Getty Images)

Albertans are getting enough sleep every night but the soundness of that sleep could be much better, according to the latest survey from the University of Alberta’s Centre for Active Living.

The 2019 Alberta Survey on Physical Activity revealed Albertans average better than 7.5 hours of sleep per weekday and more than eight each night on the weekend. However, avoidable pre-bed rituals and a propensity for sitting might be affecting the quality of that sleep.

“People underestimate the importance of sleep as part of a healthy, active lifestyle,” said Nora Johnston, director of the centre in the Faculty of Kinesiology, Sport, and Recreation.

“If we look at children, we’re looking at (poor sleep affecting) neurodevelopment and learning. For adults it could be memory, emotional regulation, metabolic health, cardiovascular health. Overall, sleep can have a significant impact on your day and overall health,” she explained.

The survey, which the centre conducts every two years, showed that 70 per cent of Albertans have an electronic device such as a television, computer, tablet, smartphone or video game console in the bedroom. Of these adults, 65 per cent use their electronic device within 30 minutes of going to sleep—which, according to Johnston, can delay the body’s internal clock and make it harder to fall asleep.

“We know these devices interrupt sleep patterns. You should turn them off a half-hour before going to bed. The buzzing of text messages and email can disrupt sleep.”

Johnston noted quality of sleep also has a link to physical activity, or a lack thereof.

“It seems Albertans sit an awful lot per day.”

The survey showed Albertans sit about 9.5 hours per day during weekdays and 8.8 hours on weekends, numbers that are up about a half-hour a day in the two years since the last study.

“We’ve basically engineered physical activity out of our lives. Everything is too convenient,” said Johnston.

And that convenience is coming at a cost to our health. The creep of sedentary living not only reduces quality of sleep, but can also lead to the risk of developing chronic physical and mental health conditions such as cardiovascular disease, stroke, high blood pressure, colon cancers, breast cancer, Type 2 diabetes, depression and anxiety.

Johnston added sedentary living is showing up in physical activity levels in the province. The survey showed that just 64 per cent of Albertans are physically active enough to get health benefits, a number that has remained consistent over the last 10 years.

Johnston explained while most people don’t meet Canadian physical activity guidelines— which call for 150 minutes of physical activity per week—the threshold of exercise for this survey was set considerably lower and just pinpointed how many respondents were simply doing enough exercise to get a health benefit.

For 61 per cent of Albertans, the main exercise giving them health benefits is walking.

“It is the easiest and most convenient thing you can do,” she said. “You don’t need special equipment, you can step out the door and go for a walk.”

More important, Johnston said, the key to sustained physical activity is finding something you like to do.

Albertans getting plenty of sleep, but it’s not all good