Alberta’s marijuana plan the best we can expect, for now

But UAlberta experts say a lot of work lies ahead of pot legalization next July. 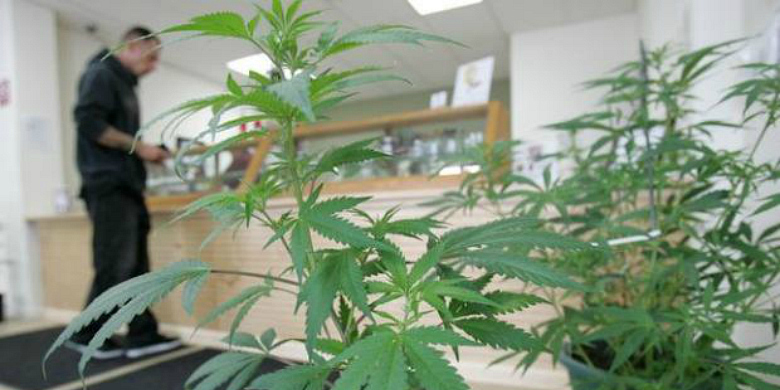 Released Oct. 4, the provincial government’s cannabis framework sets 18 as the minimum age to purchase and possess pot in Alberta, allows adults to carry up to 30 grams in public and permits smoking in some public places away from areas frequented by children.

While the Alberta government’s plan for the legalization of cannabis is a solid start, it leaves many questions unanswered, say UAlberta health and policy experts.

"This is likely the biggest drug policy reform we will see in our lifetimes,” said UAlberta addictions specialist Charl Els. “It’s huge, so inevitably there will be uncertainty.

“But to give the Alberta government credit, I think they've done a remarkable job getting stakeholder opinion and input up to this point.”

Released Wednesday, the government’s cannabis framework sets 18 as the minimum age to purchase and possess pot in Alberta, allows adults to carry up to 30 grams in public and permits smoking in some public places away from areas frequented by children. Those under 18 possessing more than 5 grams will be subject to criminal charges.

Els argues there are crucial issues that need to be resolved soon, such as how to prevent impairment behind the wheel and at work. While the plan does ban pot in vehicles, it has yet to come up with clear regulations for consumption in the workplace, and especially for those in safety-sensitive jobs.

As of yet there is also no accurate test to determine precise levels of THC impairment, said Els. The drug can affect people differently depending on tolerance, and because the cannabinoid remains in the body’s system long after consumption, some will feel its effects even days later.

"Behaviour on a Friday evening can impact an individual's ability to work on a Monday morning,” he said. “It's not true of every individual, but there are chronic, heavy users where off-duty conduct may result in impairment during work hours."

Els says the public also needs low-risk guidelines for cannabis use, similar to those recommended for alcohol (two drinks a day for men and one for women): "We don't know where the threshold is for where harm starts."

In efforts to keep cannabis away from children and eliminate the black market, the government will control distribution and regulation of the retail business. The product will be sold through shops that meet zoning requirements rather than in liquor stores or pharmacies, but the government is seeking input from the public before deciding whether cannabis will be sold by government or private retailers.

“I would probably vote for private, independent businesses, and my guess would be that’s where the government is going to go,” said retail specialist Kyle Murray. “I think most people agree the privatized model is better for liquor, and Alberta already has that model in place.

“On the other hand, the cash flow (from public retail) is pretty attractive to a government that needs it, so I wouldn’t bet my house on it.”

Ontario’s plan, released last month, will create a crown corporation to sell cannabis in government-controlled stores, as it does with alcohol. The government has faced heavy criticism for not making enough product available in enough stores, which could give the black market a clear advantage.

If Alberta opens the business to entrepreneurs, said Murray, “and aren’t too restrictive as to who can open up and when, you’ll see a massive flood of stores opening all over the province, and I think that will drive out the black market.”

Murray said that’s a classic market penetration strategy—“come in at a low price with a better product and better retailing environment, drive out the competition doing it illegally, then five or 10 years from now, you can raise prices. Once you destroy the black market, you can tax more heavily.”

Political scientist Jared Wesley says leaving the choice up to Albertans is a shrewd political move on the government’s part, a way to disarm the opposition and “inoculate” itself against criticism.

“They're going to wait for [United Conservative Party leadership contenders] Jason Kenny and Brian Jean to come out and say, 'well of course it should be private,’ then the New Democrats will say, ‘you know what, you're right.’”

Wesley said because of the high costs that come with setting up an entirely new distribution system, most provinces will likely default to models they use to retail liquor.

The government’s plan is “impressive in such a short period of time and in such and ambiguous environment,” he said. The cannabis policy is in fact the largest public engagement exercise in Alberta history, with more than 45,000 people consulted, a figure that will likely rise substantially after the next round of input, which closes Oct. 27.

Much more to do before implementation

But Wesley agrees there is much more work to be done by both levels of government in order to be ready for the July 1 implementation deadline.

"A lot of people will be disappointed that there isn't more detail or firm policy on things like public or private retail, cafes, edibles, taxation level, tools for officers and how to increase production so there won't be a vacuum for organized crime."

For one thing, he said, it makes no sense to burden youth with a criminal record when decriminalization was one of federal government’s main reasons for legalizing marijuana in the first place.

"Someone who is 18 years less a day and gets caught with 30 grams will have a criminal record, whereas someone who has just turned 18 will not,” he said. “Big pieces like this will have to be resolved at the federal level before the provinces can even react, and I don't think they'll get that through this fall."

He points out that the federal cannabis legislation has yet to pass final reading in the House of Commons, so it is by no means a done deal.

Reading between the lines, Wesley said the Alberta government’s plan to allow smoking of cannabis in public places—such as national and provincial parks—is more than likely a move to encourage pot tourism.

“So I think the government is setting up places like Calgary, Jasper and Banff as real recreational pot destinations."

Alberta’s marijuana plan the best we can expect, for now