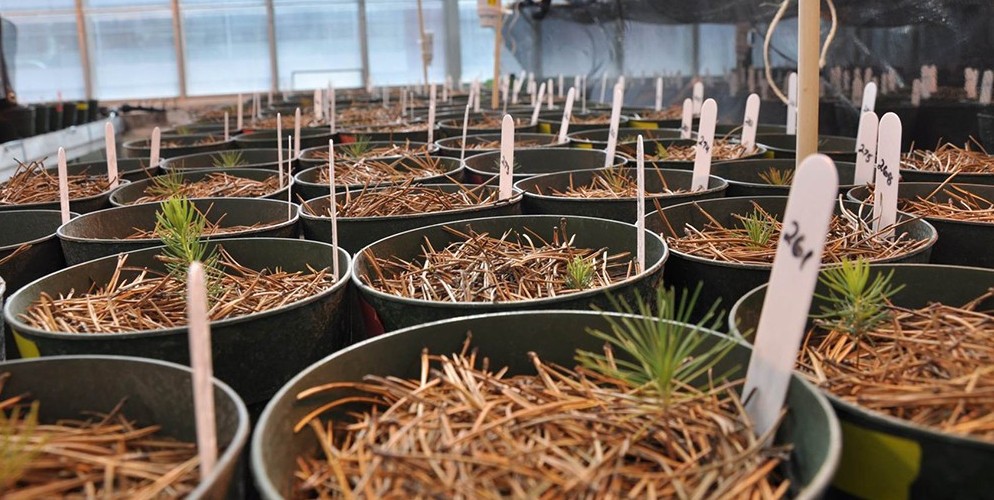 ALES forest ecologist Justine Karst is the co-author of the world’s largest database of research analyzing how mycorrhizal fungi affect plant productivity. She says there’s a push in the scientific community to make data more accessible as it promotes reusing, re-interpreting and quality checks of data.

That’s a big deal not only for her field but also because the database is being published in an open-source venue, available for everyone, including fellow scientists around the world, to access.

“There is a push to make data more accessible to other researchers and the public,” said Karst, an assistant professor in the Department of Renewable Resources. “Sharing data in open-source venues promotes reusing, re-interpreting and quality checks of data. Data become barrier-free. By releasing data in journals like Scientific Data, those who share data also get credit for doing so. Some granting agencies are now requiring open access on publications, and this seems to be happening in many disciplines.”

Until recently, the norm was this: during the course of their research studies, scientists collected data and stored it in their offices. To publish a paper, they summarized the data but left it in storage. If other researchers were interested in using the raw data, one-by-one they’d contact the scientist and negotiate its use.

“It was time-consuming and left a lot of data sitting in the background that was not available for subsequent research, for testing new questions, for re-analysis,” said Karst.

It also allowed for inconsistent quality checks and for the creation of redundant research.

In forest ecology, having access to data on how plants respond to mycorrhizal fungi, which is beneficial fungi that live on tree roots, is particularly important.

The below-ground associations that plants form with mycorrhizal fungi is one of the most prevalent and ancient symbioses on Earth. The fungi deliver nutrients and water, in return for plant-derived sugars. But scientists know very little about the impact this relationship has on how ecosystems function and can make few broad generalizations about relationships between plants and the fungi.

The new database sheds light on that, even though it deals with just 351 plant species of the 450,000 that exist in the world.

The database, which includes 4,010 studies from 438 peer-reviewed articles, contains data on how various plant species behave when inoculated with the fungi compared to when they are not. These data are now available for future studies such as meta-analysis (an analysis of the analyses) which aim to synthesize results.

Additionally, the database contains phylogenies (family-trees) that show the evolutionary relationships among plants and among fungi.

“The data is collected across many species and experiments,” said Karst. “Releasing the data helps researchers quantitatively assess the ecological factors affecting plant outcomes to inoculation by mycorrhizal fungi.”

In addition to being applied to restoration and conservation management projects, and in teaching students how to do a meta-analysis, Karst says the data has other value.

“There’s the possibility of looking for more general trends in the functioning of symbiotic organisms in general, and in other mutualisms between animals and microbes.”

The database is called MycoDB and is available at Dryad Digital Repository.

It represents 10 years of the most pertinent research and it took 80 collaborators to complete, including lead author Bala Chaudhary from Chicago and researchers from as far away as Ecuador and Thailand.