All the world's a lab at theatre festival 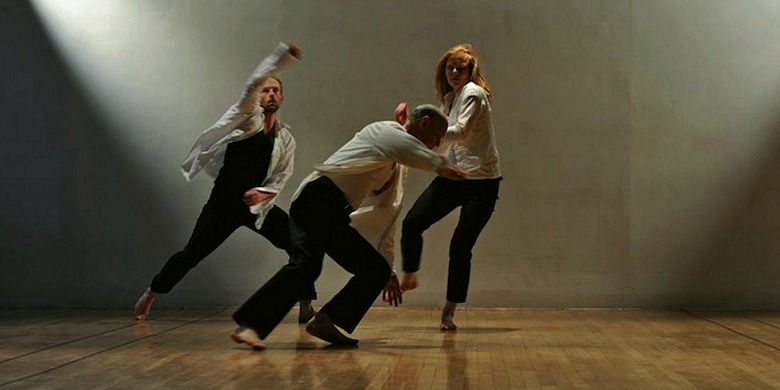 120824-stagelab-banner
(From left) Rob Kitsos, Peter Bingham and Lin Snelling are performing a dance improvisation at the U of A's StageLab theatre festival.

(Edmonton) A week-long theatre festival at the University of Alberta is helping faculty members in the drama department share their talents with the community.

The StageLab 2012 festival will also showcase the kinds of research that directors, actors and designers are doing at the university, says drama chair Kathleen Weiss.

“We decided to run our own festival that will showcase and highlight some of the interesting creative research being done by the faculty. Putting that under the one banner of a festival is a way we could do professional work here and use the wonderful facilities that drama has, such as Studio Theatre,” she says.

“It’s really about making connections, so we’re not some kind of isolated ivory tower here doing experiments in drama.”

Weiss says the U of A has one of the top drama departments in the country, and that the festival is the only such event where faculty members can share with the community. Seven multimedia works will take to the Timms Centre stage over the five days of the festival—except not all of them will be onstage.

“All the pieces are interdisciplinary or are staged in an odd space, or use a space in an unconventional way,” she says. “We wanted to be sure that the idea of a laboratory is in the very title. We have the privilege and opportunity here, because we are a university, to be taking risks and experimenting in ways that a professional theatre can’t.”

For example, ReDirect, a dance improvisation by U of A researcher Lin Snelling, will bring the audience onstage. Another piece, The Voice in the Closet, by Piet Defraeye, will be staged in a closet. “It’s an innovative way of using space and approaching theatre,” Weiss says.

“Part of it is about looking at structures differently from what we expect in the theatre. We’re looking at the whole structure of drama, and also we’re asking questions about what theatre is,” Weiss says.

Weiss credits the U of A’s research focus for making that kind of audacity possible. “The great thing about the university is that its gives us a situation in which we can do pure research, which is very hard to do in the professional theatre. We’re allowed to fail here, and that’s amazing.

"It’s about work that we don’t normally get to see.”

The StageLab Theatre Festival runs from Aug. 27 to 31 at the Timms Centre for the Arts. All performances are free to the public.

All the world's a lab at theatre festival
Newsroom