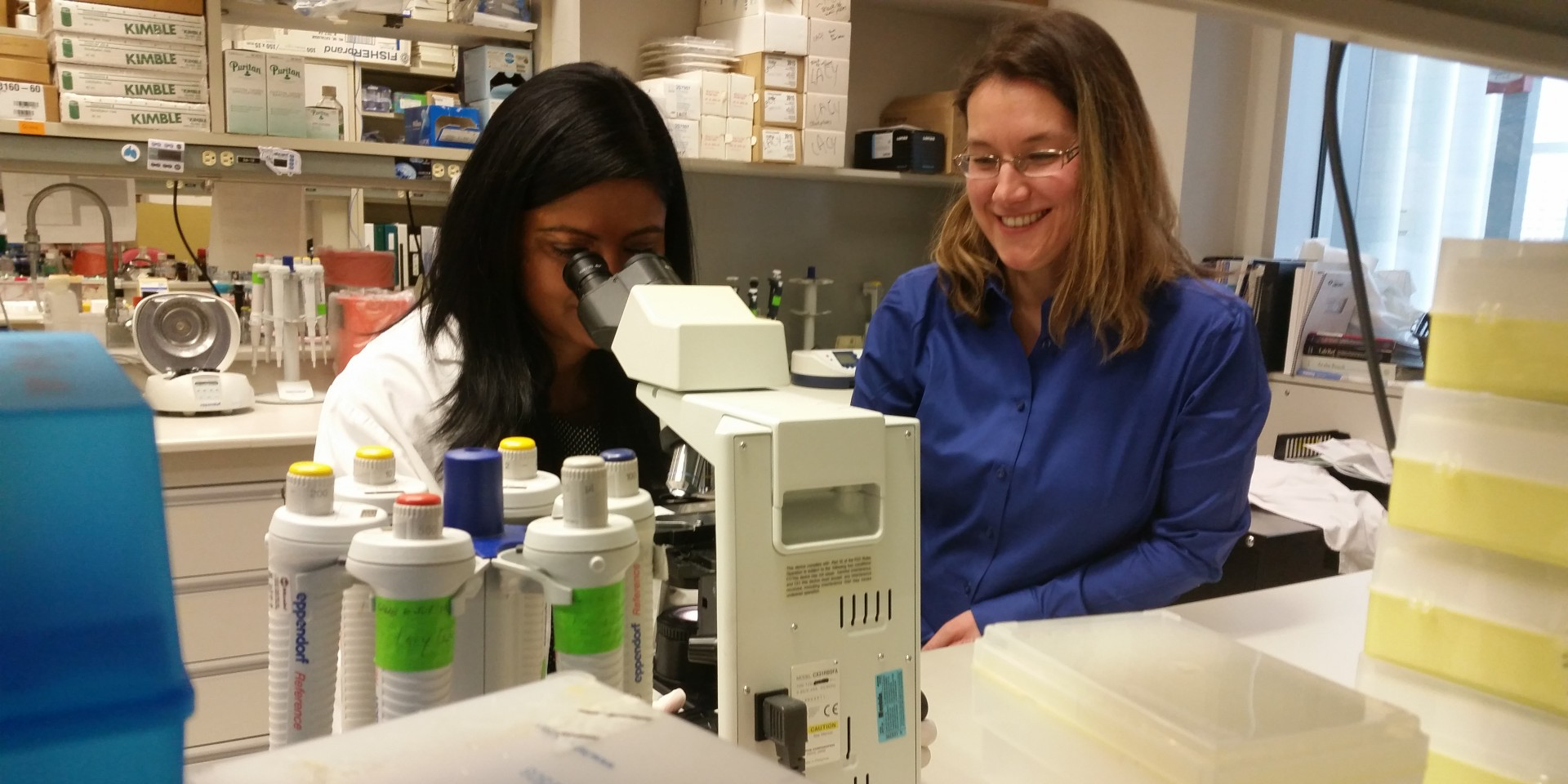 Priyanka Pundir and Marianna Kulka in the lab.

(Edmonton) Every day in hospitals around the world, patients suffer painful allergic reactions to the medicines they are given. The reactions, known as pseudo-allergies, often cause patients to endure itchiness, swelling and rashes as an unwanted part of their treatment plan. The reactions can be so severe they may stop patients from taking their needed medications and sometimes can even prove fatal. It’s never been shown conclusively what triggers these allergic reactions—until now.

“We are in the very early stages but we now understand how these pseudo-allergies are happening,” says Marianna Kulka, an adjunct assistant professor in the University of Alberta’s Department of Medical Microbiology and Immunology and project group leader with the National Institute for Nanotechnology. “This is a very large step forward in many ways.”

In a study published in the December edition of the journal Nature, researchers from the U of A's Faculty of Medicine & Dentistry and Johns Hopkins University identified a single protein as the root cause of allergic reactions to drugs and injections. They are now exploring ways to block the protein and reduce painful side effects caused by the reactions.

“The drugs currently being used are to treat some very nasty diseases and they’re very effective at that. But side effects are a huge problem. If we can avoid these side effects by finding a way to block this problematic protein, we can really design drugs that are effective and safe,” says Kulka, a co-author on the study.

In their findings the researchers focused on reactions triggered by medicines prescribed for a number of conditions that range from prostate cancer to diabetes to HIV. These reactions are different from the allergic reactions caused by food or experienced by hay fever sufferers.

The scientists tested lab models with and without a single protein—named MRGPRB2—on their cells. The lab models without the protein did not suffer negative effects despite being given drugs known to provoke reactions.

Benjamin McNeil, a post-doctoral fellow at Johns Hopkins University and study co-author, says, “It’s fortunate that all of the drugs turn out to trigger a single receptor—it makes that receptor an attractive drug target.”

The researchers say if a new drug to block the protein receptor could be made, it would lessen the drug side-effects patients currently endure. Kulka believes with time, some painful reactions from medications can be avoided.

“By understanding how they’re happening we can really help to avoid some of the pitfalls of designing drugs that cause the pseudo-allergies. We’ve got big plans in the future for trying to expand this [research] and better understand how this works.”

Other authors on the paper are Priyanka Pundir, a post-doctoral fellow with the U of A, and Sonya Meeker, Liang Han, Bradley J. Undem and Xinzhong Dong of Johns Hopkins University.