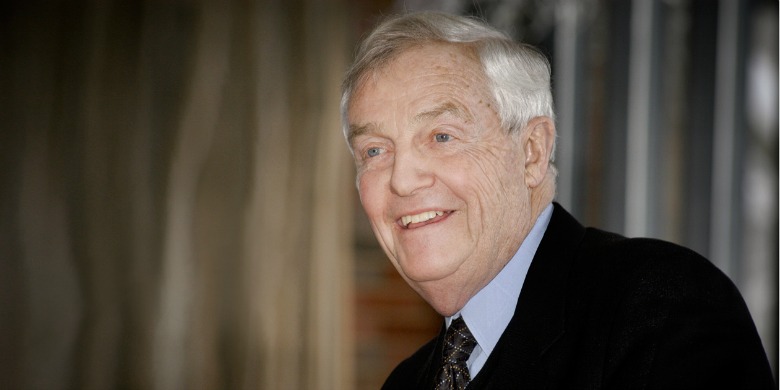 120914-lougheed-banner
Peter Lougheed was one of the first recipients of the U of A's Distinguished Alumni Award. The alumni community celebrated Lougheed's achievements during the Alumni Recognition Awards ceremony Sept. 20.

(Edmonton) The University of Alberta’s alumni community celebrated the remarkable achievements of one of their own, former premier Peter Lougheed, who was laid to rest Friday.

Alumni paid tribute to Lougheed Sept. 20 during the annual Alumni Recognition Awards ceremony, which recognized 35 U of A graduates for their professional, community and volunteer achievements. Lougheed, one of the first recipients of the U of A’s Distinguished Alumni Award after receiving arts and law degrees in 1951 and 1952, passed away Sept. 13.

“This week, as we mourn the loss of distinguished alumnus Peter Lougheed, so many of us have also spoken about how much we have been and continue to be inspired by his leadership in so many arenas of public life,” said President Indira Samarasekera.

“Like Peter Lougheed, all of tonight’s award recipients exemplify what it means to live life with purpose and meaning. They have used their talents, passions and intelligence in myriad ways for the benefit of society.”

Keltie Duggan (‘94 BA), one of the U of A’s most celebrated swimmers and a past recipient of the Peter Lougheed Scholarship, said the former premier would always have a special place in her heart.

Duggan said the Peter Lougheed Scholarship allowed her to balance a hectic academic, athletic and volunteering schedule that included 11 swim workouts a week and frequent overseas travel to competitions—all at a time when she was preparing to enter medical school.

“The Peter Lougheed Scholarship made a critical difference at an important time.”

Duggan, who later on Thursday received a Sports Wall of Fame Award, said the bigger honour by far was meeting the former premier at a gathering of past and present scholarship recipients. When she was growing up, Lougheed was admired in her household for his statesmanship and for being “a wonderful premier to the people of Alberta.”

“He was not a very tall person but he had great stature and that came from his presence. We were all in awe of him,” she recalled, describing Lougheed as genuine, curious, encouraging and “interested in our pursuits and passions.”

“I think he knew that we would be inspired both by him and by being around around each other, much as I am humbled and inspired by him tonight.”

U of A alumni and current students can continue to pay tribute to Lougheed throughout Alumni Weekend.

A special tribute book will be set up in the Tuck Shop Tent during the day on Friday and Saturday and at the Dinner and Dance Saturday evening for members of the U of A community to celebrate Lougheed’s legacy and pass along thoughts to his family.

Members of Lougheed’s fraternity, Delta Upsilon, also plan to pay homage to the former premier with a permanent display in their house near the U of A campus, with other tributes planned. Lougheed was president of Delta Upsilon in 1949-50 when Rutherford House was their residence.

Ian Dalsin, current DU president and bachelor of commerce student, said Lougheed will always be remembered for his leadership and strengthening DU membership during his presidency. Even later in life, he remained connected to the fraternity as a mentor and was one of several donors who helped build the current residence.

“He was a very down-to-earth kind of guy,” said Dalsin. “It’s been amazing to see the outpouring of support for his legacy.”

Allan Warrack, a professor emeritus in the Alberta School of Business, was DU president 10 years after Lougheed, but got to know the man for 43 years, including a decade in his Progressive Conservative cabinet. He credited his late colleague for transforming Alberta from a “backwater” to a player in Confederation.

“If there’s a single thing Peter Lougheed managed to do, it was to help the people in Alberta believe in themselves, that they could be more than what its history had been so far.”

Lougheed’s success, he said, is part of the University of Alberta’s success. He strongly believed in investing in Alberta’s infrastructure, which meant building not only roads, bridges or buildings, but also the social infrastructure and the capitalization of talented people, education and research.

“A huge amount of effort was put forth to advance the research capability of Alberta’s universities and some significant funding of them,” he said, pointing to examples like the Alberta Heritage Foundation for Medical Research.

“You had the facilities that were there, allowing you and facilitating you to hire the human capital, and together with research opportunities, to do some fantastic things. The University of Alberta has world leaders in a number of areas, and that wouldn’t have happened without that capacity.”