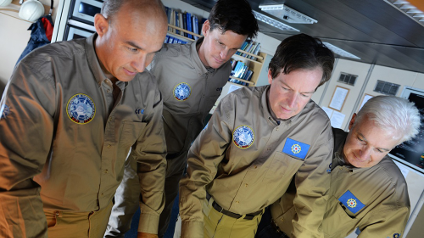 To suddenly be at this point—involved in the discovery of Franklin’s ship Erebus—really was an incredible moment for me.

After 30 years spent immersed in the mystery of the missing Franklin ships, John Geiger found himself aboard the search that solved it. 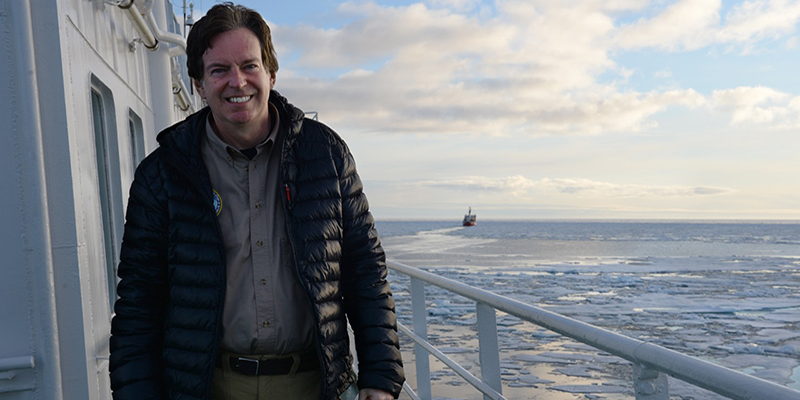 John Geiger on the hunt for the lost Franklin ships during the 2014 Victoria Strait Expedition. (Photo: Nick Walker, Canadian Geographic)

(Edmonton) Though nearly 30 years have passed since University of Alberta alumnus John Geiger became involved in the mystery of the fabled Franklin Expedition, he never gave up hope someone would eventually discover the missing ships.

What he didn’t expect was that he would end up at the forefront of the find—arguably one of Canada’s greatest historical discoveries.

The disappearance of Sir John Franklin and his crew in the icy waters of Northern Canada has fascinated the public and baffled archeologists for 168 years.

Franklin, along with 128 crew members and their sturdy vessels—the HMS Erebus and HMS Terror—vanished in 1846 during a failed expedition to find the Northwest Passage. It’s believed they became trapped in ice near King William Island in what is now the Arctic territory of Nunavut.

The British admiralty launched a large-scale rescue mission but turned up little—a handful of uniforms, three graves and Inuit tales of a group of starved men roaming the ice and turning to cannibalism to survive.

The macabre mystery first sank its hooks into Geiger when he was a still a young history student at the U of A.

“I encountered [anthropology professor] Owen Beattie at the U of A and became involved in his work as a kind of historical collaborator,” said Geiger, who later co-wrote a book on the topic with Beattie titled Frozen in Time: The Fate of the Franklin Expedition. “It was life-changing for me, and he had a profound influence on my career.”

Beattie had spearheaded a 1980s research trip to Beechey Island, where Franklin’s crew was rumoured to have taken refuge after their ships sank.

The anthropologist, along with several U of A students and faculty, became global sensations when they exhumed the bodies of two crew members and found them perfectly preserved in ice. Beattie determined the crew was suffering from lead poisoning—a theory that would prove contentious among Franklin enthusiasts. He also concluded the men had likely engaged in cannibalism.

In 2008, Parks Canada launched a renewed effort to locate the ships. That expedition came up empty, but Geiger—now a successful journalist and president of the Royal Canadian Geographical Society—remained certain the ships would be discovered.

“Sooner or later, Erebus or Terror will be found,” he predicted boldly in an article for a 2012 edition of U of A’s New Trail magazine.

A large wreck was detected in shallow water near King William Island and identified as the HMS Erebus. 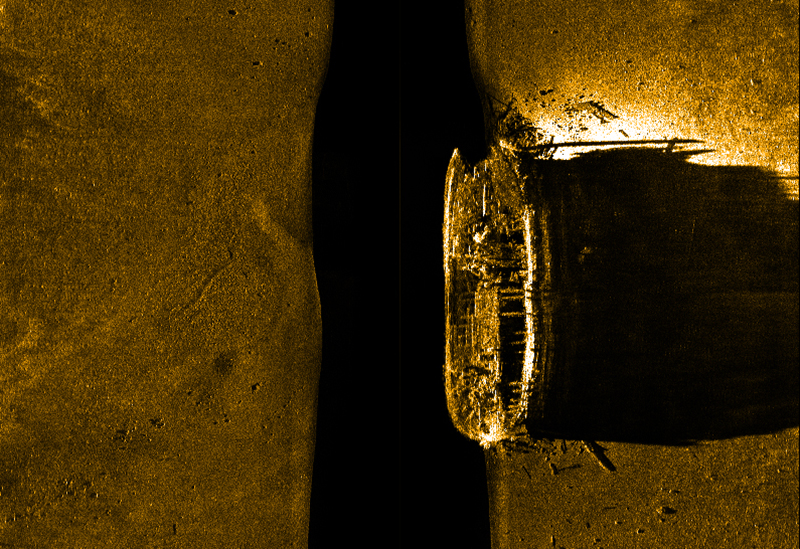 There was no time to personally inform the now-retired Beattie of the discovery himself, but Geiger imagined that somewhere, his old mentor was smiling. “Owen has been very involved in the search, providing input as part of the Fellows Consultation Panel,” he explained.

In fact, according to Geiger, a number of those on the Fellows Consultation Panel—a group of experts providing historic and archeological insight for the search—are scholars from the U of A.

“The U of A has always had this incredible tradition of northern and Arctic research,” he said. “They have a vast array of resources, and I imagine could even become involved in work on the wreck and its artifacts.”

Clues aboard the HMS Erebus

As for what he’s expecting to find on the submerged vessel—which could take years and cost millions to raise—Geiger says along with significant historic artifacts, he hopes it holds the answer to what happened to John Franklin.

“It’s possible we could even find his remains,” said Geiger. “But we also know we only have half the story. We don’t have Terror.”

Could an expedition to find the second vanished ship soon be underway?

“There will be a second effort to locate that ship,” predicted Geiger with confidence. “Either way, the Franklin mystery is one of the greatest exploration mysteries in the world—and we’re on our way to solving it.” 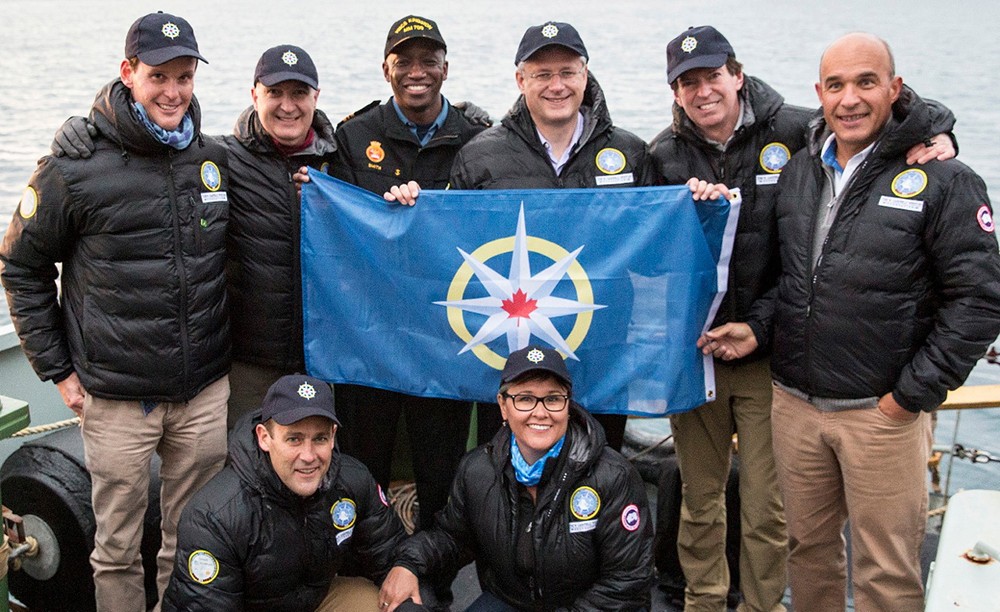 It was a bittersweet moment for Geiger.

“I was extremely excited; it was great because it had come full circle from my early work with Owen Beattie at the university,” he said.

“To suddenly be at this point, involved in the discovery of Franklin’s ship Erebus, really was an incredible moment for me.”

Strangely, standing on the cold deck of the search boat Voyager, Geiger felt more than joy at the discovery; he was overwhelmed by a sense of sadness.

“In a funny way, for me, it marks a kind of finality to the mystery,” said Geiger. "It was quite poignant; 129 men died on those vessels and they died in the name of geography and science."

Geiger was at the forefront of the ensuing media whirlwind, alongside Prime Minister Stephen Harper, a fellow Franklin enthusiast.

“I woke up somewhere in the Arctic, got on a flight to Ottawa and met the prime minister the next morning,” laughed Geiger. “It was such a scramble.”