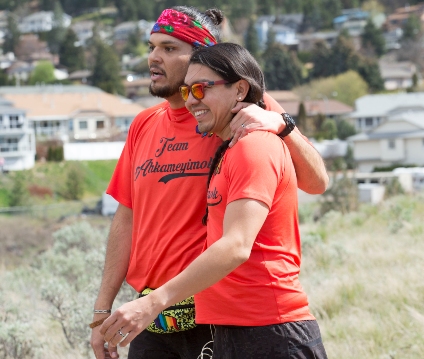 After using their appearance on The Amazing Race Canada to confront stereotypes and raise awareness of Indigenous issues, the two-spirit couple are now focused on building a cultural healing centre for Kehewin Cree Nation. (Photo: CTV/Bell Media)

James Makokis hopes to use his newfound fame to talk about community and culture. 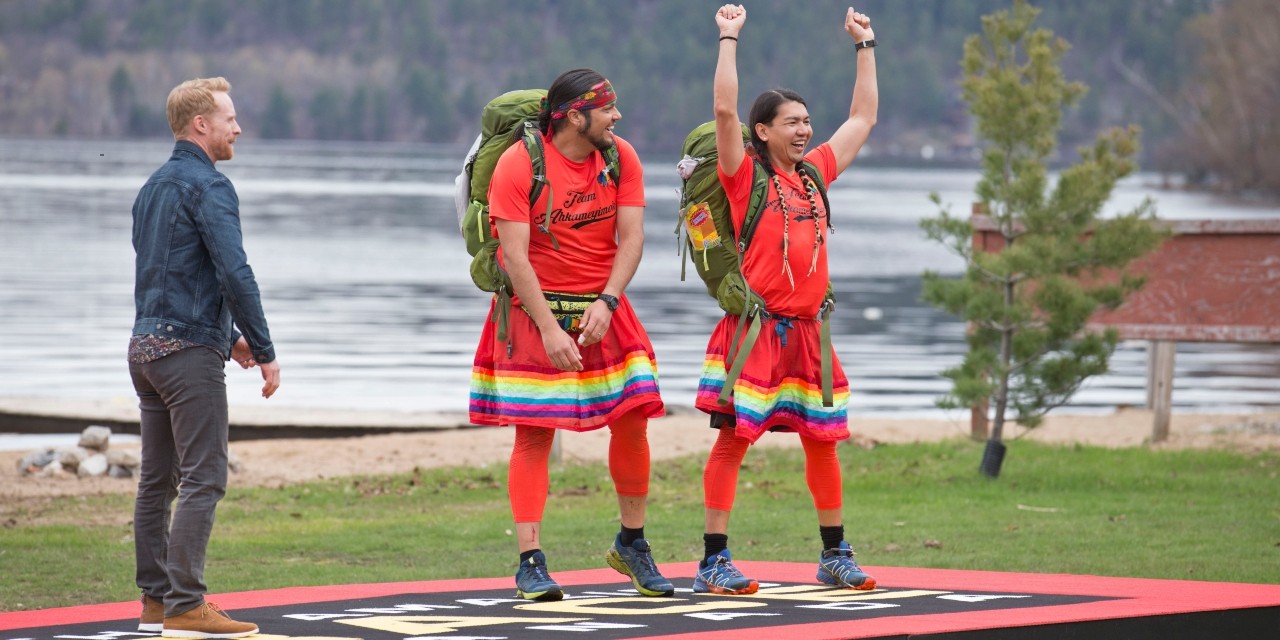 James Makokis (right) and his husband, Anthony Johnson, are announced as winners of The Amazing Race Canada last Tuesday. Makokis says he hopes to continue the cultural conversation they started as popular contestants on the show. (Photo: CTV/Bell Media)

Having trained as an ultramarathon runner, James Makokis knows winning a race means refusing to slow down.

The family doctor and University of Alberta assistant clinical professor would be justified in taking a break, having just been crowned winner of The Amazing Race Canada with his husband Anthony Johnson.

“Yesterday was 11 hours and we were functioning on five hours’ sleep,” Makokis said last week, having just wrapped up a three-day press junket following the victory.

After using their appearance on the CTV reality show to confront stereotypes and raise awareness of complex issues facing Indigenous people, the two-spirit couple said they are now focused on building a new cultural healing centre for Kehewin Cree Nation.

In the meantime, Makokis will also have to manage a hectic schedule. In addition to returning to his patients at clinics in south Edmonton and at a clinic at Kehewin—roughly three hours east of the city—Makokis is hosting a two-spirit sweat ceremony this week, all while a documentary film crew follows him around.

Johnson and Makokis emerged as fan favourites early in the popular show, which took them by complete surprise.

The Indigenous couple found creative ways to make an impression, like wearing handmade red skirts to highlight the disproportionate cases of missing and murdered Indigenous women.

Makokis attributes their popularity in part to their positive team name, Team Ahkameyimok, the Plains Cree phrase he translates as, “Don’t give up, keep going, use whatever you have to get something done.” It’s a message he’s heard wherever he’s gone, as fans of the show are eager to tell him about their own cultural concepts of stick-to-itiveness in the face of adversity.

“It’s really beautiful to be able to hear that message in many different languages,” Makokis said. “I think that’s one of the reasons we’ve had such a positive response across the country.”

They also worked hard to give fans tangible ways of connecting to the issues raised in the show. At weekly viewing parties in south Edmonton, Makokis and Johnson answered questions and talked about what they were feeling and thinking during taping.

They used the events to raise funds for a new cultural healing centre at Kehewin, where Makokis practises three days a week and Johnson serves as a project consultant. They’ve raised $30,000 of the $250,000 total needed, dispatching Team Ahkameyimok t-shirts and apparel to Australia, Paris and Africa.

Reality shows like First Contact Canada have explicitly attempted to showcase the complexity of Indigenous life in Canada. Makokis said appearing on The Amazing Race Canada provided an incredible opportunity to do something similar, yet with an audience that might not have been expecting to think about things like treaties and water.

“It was a national setting, in people’s homes as they’re watching with their family,” he said. “At every stage, there was an opportunity to share something that would never have been shared.”

Makokis might have been new to reality TV, but he’s long been a skilled public speaker and advocate.

He regularly talks about his two medical practices, one geared toward transgender people and the other to the integration of traditional Cree practices and ceremony into health care. Marginalization, discrimination and lack of access to health care are constant themes of his work, which doesn’t always fit into five-second sound bites.

“Being on The Amazing Race Canada has helped to distil messages into very succinct ways, if necessary,” he said. “Yet there’s so many pieces to the puzzle that we’re going to have a lot of things to say.”

Makokis knows he’ll have plenty of time for those longer conversations. But as he continues to power through a busy schedule, he looks back to his training as a sleep-deprived U of A nutrition student pulling all-nighters at the Rutherford Library.

“The life of the student is perfect preparation and training camp for being a successful team on The Amazing Race Canada,” Makokis said. “It gave us a lot of the skills to persevere and keep going while being sleep deprived and hungry.”