U of A study shows infants do better on developmental tests when their mothers consume more fruit during pregnancy. 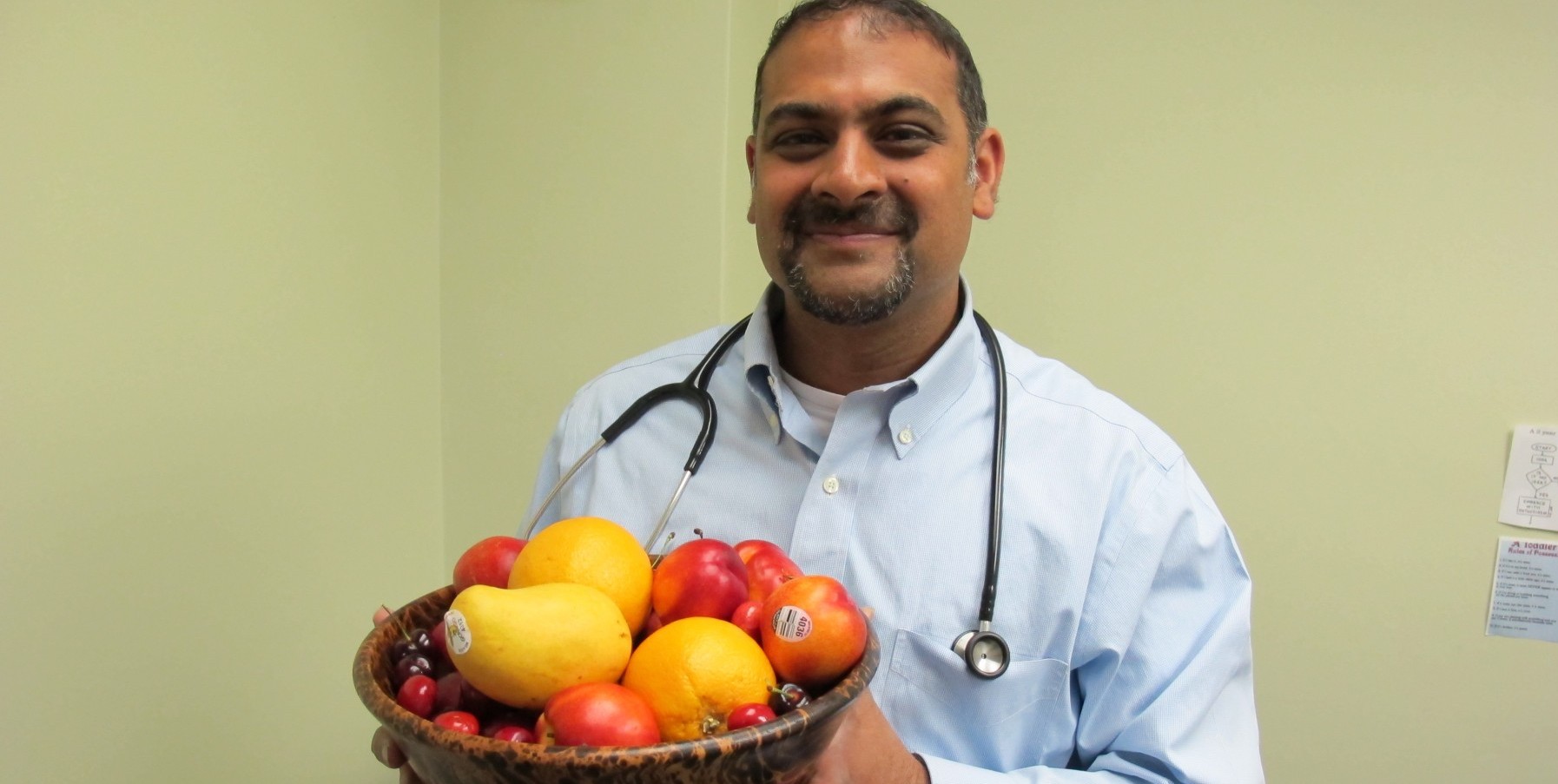 By ALI DOTINGA and ROSS NEITZ

Most people have heard the old adage “an apple a day keeps the doctor away.” It’s an old truth that encompasses more than just apples—eating fruit in general is well known to reduce risk for a wide variety of health conditions such as heart disease and stroke. But now a new study is showing the benefits of fruit can begin as early as in the womb.

The study, published in the journal EbioMedicine, showed that mothers who consumed more fruit during pregnancy gave birth to children who performed better on developmental testing at one year of age.

Piush Mandhane, senior author of the paper and associate professor of pediatrics at the University of Alberta’s Faculty of Medicine & Dentistry, made the discovery using data from the Canadian Healthy Infant Longitudinal Development (CHILD) Study—a nationwide birth cohort study involving over 3,500 Canadian infants and their families. Mandhane leads the Edmonton site of the study.

In the study, researchers examined data from 688 Edmonton children, controlling for factors that would normally affect a child's learning and development, such as family income, paternal and maternal education, and the gestational age of the child.

Using a traditional IQ scale as a model, the average IQ is 100 and the standard deviation is 15; two-thirds of the population will fall between 85 and 115. Mandhane's study showed that if pregnant mothers ate six or seven servings of fruit or fruit juice a day, on average their infants placed six or seven points higher on the scale at one year of age.

"It's quite a substantial difference—that’s half of a standard deviation," Mandhane explained. "We know that the longer a child is in the womb, the further they develop—and having one more serving of fruit per day in a mother's diet provides her baby with the same benefit as being born a whole week later."

To further build on the research, Mandhane teamed with Francois Bolduc, an associate professor in the Division of Pediatric Neurology, who researches the genetic basis of cognition in humans and fruit flies. Both researchers believe that combining pre-clinical models and epidemiological analysis is a novel approach that may provide useful new insights into future medical research.

“Flies are very different from humans but, surprisingly, they have 85 per cent of the genes involved in human brain function, making them a great model to study the genetics of memory,” said Bolduc. “To be able to improve memory in individuals without genetic mutation is exceptional, so we were extremely interested in understanding the correlation seen between increased prenatal fruit intake and higher cognition.”

According to Bolduc, fruit flies have a long track record in the field of learning and memory. Several genes known to be necessary in fly memory have now been found by Bolduc and others to be involved in intellectual disability and autism. In a subsequent series of experiments, he showed that flies born after being fed increased prenatal fruit juice had significantly better memory ability, similar to the results shown by Mandhane with one-year-old infants. He believes it suggests that brain function affected by fruit and the mechanisms involved have been maintained through evolution—and conserved across species.

Though the findings are encouraging, Mandhane cautioned against going overboard on fruit consumption, because potential complications such as gestational diabetes and high birth weight—conditions associated with increased intake of natural sugars—have not been fully researched. Instead, he suggested that expectant mothers meet the daily intake recommended in Canada’s Food Guide and consult with their doctors.

Mandhane also said he will continue work in the field, with plans to examine whether the benefits of prenatal fruit consumption persist in children over time. He will also be looking to determine whether fruit can influence childhood development related to executive functioning—in areas such as planning, organizing and working memory.

An apple a day...
Newsroom