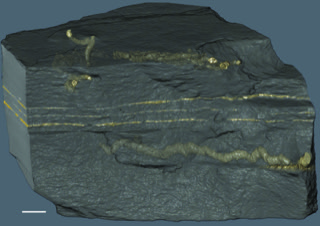 This sample of black shale contains string-like fossilized tracks that may have been left behind by multicellular organisms 2.1 billion years ago. (Photo courtesy of courtesy of Abder El Albani) 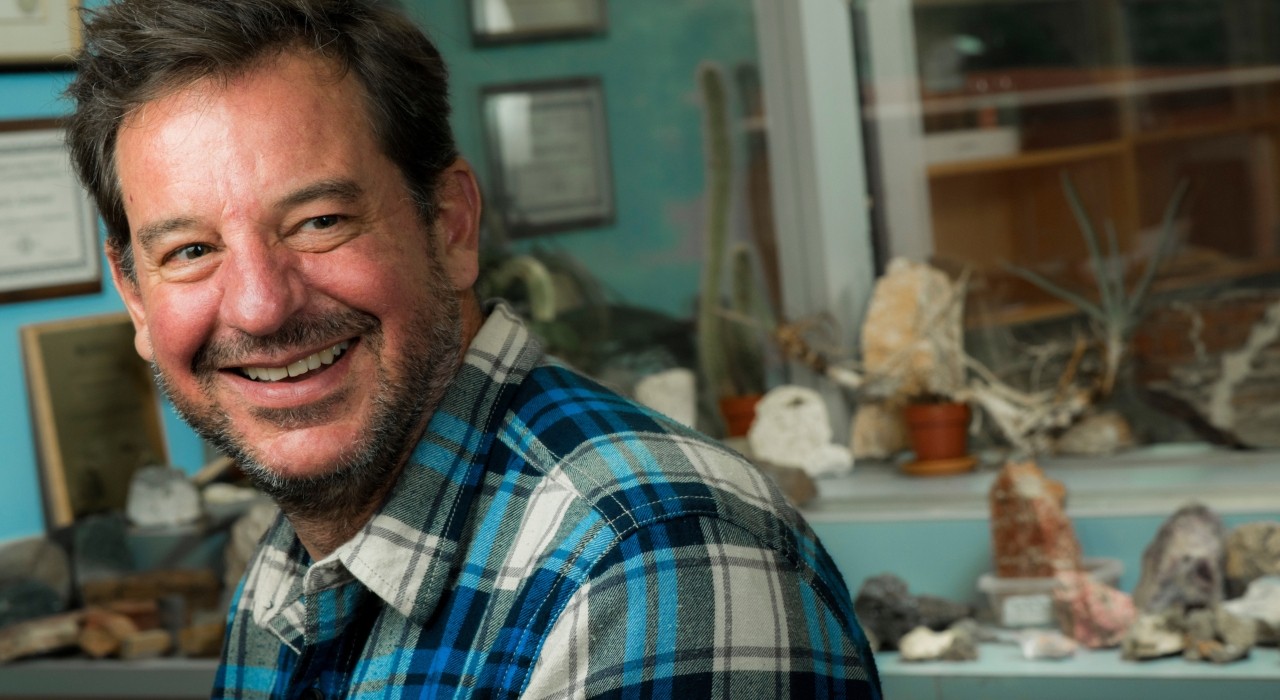 U of A scientist Kurt Konhauser was part of an international study of fossilized tracks that suggests multicellular life on Earth may have originated 1.5 billion years earlier than previously thought. (Photo: John Ulan)
Geologist Kurt Konhauser, new fellow of the Royal Society, on September 13, 2017. Credit: John Ulan

Newly discovered fossilized tracks suggest multicellular life could be 1.5 billion years older than previously thought, according to a new international study that included scientists at the University of Alberta.

“The preservation of fossilized tracks, or trace fossils, suggests that multicellular organisms that could move around to reach food resources may already have existed 2.1 billion years ago—more than 1.5 billion years older than previously thought,” explained study co-author Kurt Konhauser, professor in the U of A's Department of Earth and Atmospheric Sciences.

The fossils, measuring up to six millimetres across and 170 millimetres long, were found in a formation of black shale in Gabon, Africa. According to the researchers, they are likely the result of mucus trails left by ancient multicellular organisms, similar to groups of amoeba-like cells found in modern slime moulds, as they searched for food.

Konhauser noted the discovery has sparked some controversy among scientists.

“The question arising from this research is, why do we go 1.5 billion years before we see similar features in the rock record?” asked Konhauser. “We don’t see anything like this again until 585 million years ago.”

Some speculate this early form of complex life went extinct because of some environmental factor. Others suggest similar fossilized traces may have existed but were not preserved, or simply went unnoticed elsewhere.

“The broader community is right to be skeptical about the interpretation,” said Konhauser. “However, one of the current paradigms relating to the evolution of multicellular organisms is oxygen availability, and 2.1 billion years ago there was no shortage of oxygen in shallow marine waters.”

The research was conducted in collaboration with Abder El Albani of the University of Poitiers in France.

The study, “Organism Motility in an Oxygenated Shallow-Marine Environment 2.1 Billion Years Ago,” was published this week in Proceedings of the National Academy of Sciences USA.