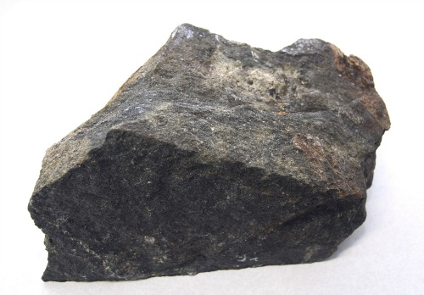 A sample of ancient rock from the Acasta Gneiss Complex in the Northwest Territories. 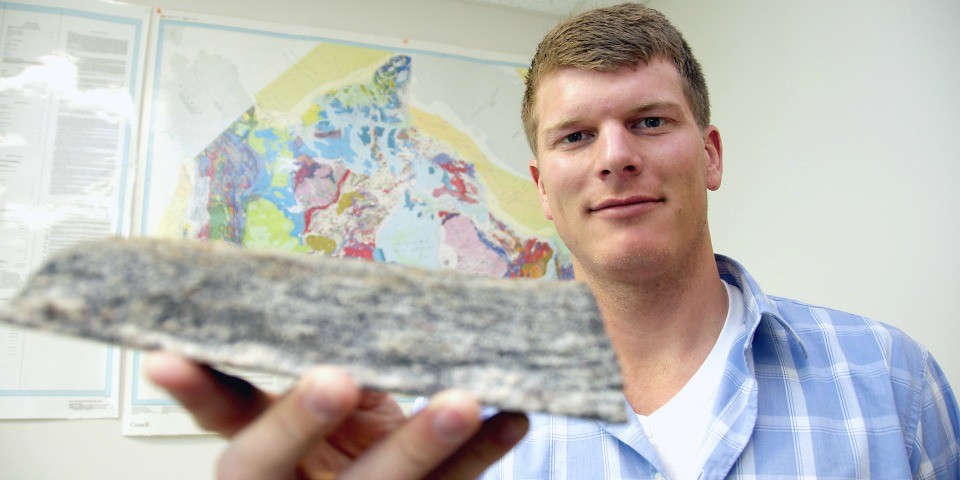 PhD student Jesse Reimink studied some of the oldest rocks on Earth to find out how the earliest continents formed.

(Edmonton) It looks like just another rock, but what Jesse Reimink holds in his hands is a four-billion-year-old chunk of an ancient protocontinent that holds clues about how the Earth’s first continents formed.

The University of Alberta geochemistry student spent the better part of three years collecting and studying ancient rock samples from the Acasta Gneiss Complex in the Northwest Territories, part of his PhD research to understand the environment in which they formed.

“The timing and mode of continental crust formation throughout Earth’s history is a controversial topic in early Earth sciences,” says Reimink, lead author of a new study in Nature Geoscience that points to Iceland as a solid comparison for how the earliest continents formed.

Continents today form when one tectonic plate shifts beneath another into the Earth’s mantle and cause magma to rise to the surface, a process called subduction. It’s unclear whether plate tectonics existed 2.5 billion to four billion years ago or if another process was at play, says Reimink.

One theory is the first continents formed in the ocean as liquid magma rose from the Earth’s mantle before cooling and solidifying into a crust.

Working under the supervision of co-author Tom Chacko, Reimink spent his summers in the field collecting rock samples from the Acasta Gneiss Complex, which was discovered in the 1980s and found to contain some of the Earth’s oldest rocks, between 3.6 and four billion years old. Due to their extreme age, the rocks have undergone multiple metamorphic events, making it difficult to understand their geochemistry, Reimink says.

Fortunately, a few rocks—which the research team dubbed “Idiwhaa” meaning “ancient” in the local Tlicho dialect—were better preserved. This provided a “window” to see the samples’ geochemical characteristics, which Reimink says showed crust-forming processes that are very similar to those occurring in present-day Iceland.

“This provides the first physical evidence that a setting similar to modern Iceland was present on the early Earth.”

These ancient rocks are among the oldest samples of protocontinental crust that we have, he adds, and may have helped jump-start the formation of the rest of the continental crust.

Reimink, who came to the U of A to work with Chacko, says the university’s lab resources are “second to none,” particularly the Ion Microprobe facility within the Canadian Centre for Isotopic Microanalysis run by co-author Richard Stern, which was instrumental to the discovery.

“That lab is producing some of the best data of its kind in the world. That was very key to this project.”