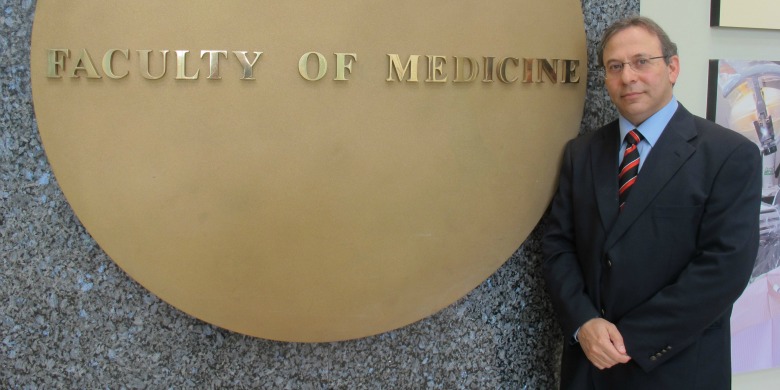 (Edmonton) An anti-hypertension drug administered intravenously for a single four-hour treatment resulted in dramatic improvements of symptoms for people living with schizophrenia, according to newly published findings from clinician scientists at the University of Alberta’s medical school and their colleagues in Brazil.

The results from the small clinical trial were published May 8 in the peer-reviewed journal, JAMA Psychiatry. The study involved 20 people with schizophrenia taking currently available antipsychotic drugs. Ten received placebo treatments; the other 10 received low doses of the anti-hypertension drug sodium nitroprusside. Those taking the drug, which has been around since the 1800s, experienced dramatic improvements in symptoms, such as fewer hallucinations (episodes of hearing voices), and less anxiety, depression and withdrawal. These improvements lasted for a month.

In previous research in which Dursun was involved, his team saw promising results in lab models given the drug, originally marketed for treating severely high blood pressure. He was curious whether similar results would occur in people and teamed up with a colleague from Brazil to find out.

“This opens a new line of research for the treatment of schizophrenia,” says Dursun. “Such rapid improvement of symptoms of schizophrenia could be very important to help patients in acute care and emergency settings.”

Dursun and his colleagues are continuing their research in this area. They hope to secure more funding to conduct larger-scale clinical trials.