Anti-inflammatory drug may prevent rapid aging in people with HIV 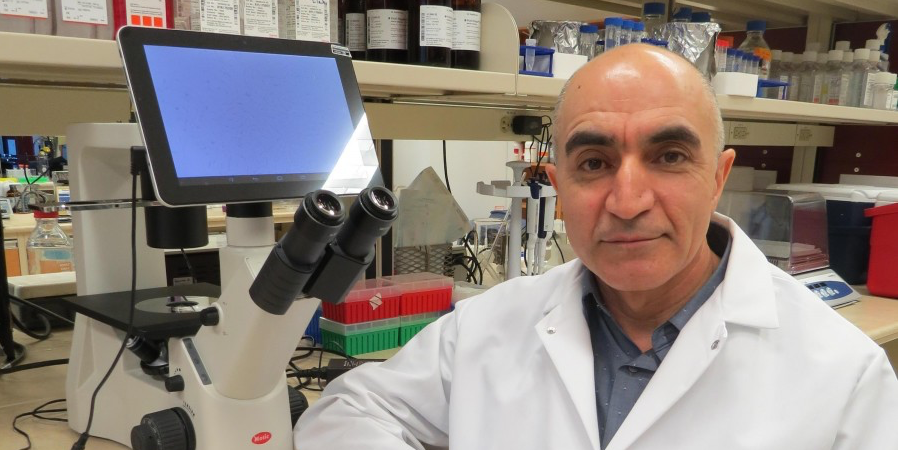 Shokrollah Elahi is lead author of a study that show an anti-inflammatory drug may prevent accelerated aging in HIV-infected individuals.

New research from the University of Alberta's School of Dentistry shows that a commonly used cholesterol-lowering drug could help people with HIV live longer and enjoy an improved quality of life.

The study, Atorvastatin restricts HIV replication in CD4+ T cells by upregulation of p21, published in AIDS (the official journal of the International AIDS Society), shows that the anti-inflammatory drug atorvastatin (Lipitor) may prevent rapid aging associated with the disease.

“HIV-infected individuals experience accelerated aging in different organs as the results of chronic inflammation and elevated immune activation in them,” says Shokrollah Elahi, lead author of the study and immunologist at the School of Dentistry. “If you reduce chronic inflammation, you can enhance their quality of life and expand their life expectancy.”

With the availability of antiretroviral therapy, HIV infection has become a chronic disease. But this chronic inflammation state has been linked to rapid aging. As a result, patients now face a new set of challenges such as increased rates of cardiovascular disease, stroke, kidney and liver disease, osteoporosis, neurological disease and non-AIDS-defining malignancies, many of which are more typical of an aging population.

It has been shown that HIV-infected individuals have much higher levels of inflammation within their body than uninfected people do, despite the antiretroviral therapy.

“Human HIV infection is suppressed but not eliminated by the current medication. As a result, viral persistence in the presence of antiretroviral therapy is a major source of inflammation and substantial immune activation, both of which are linked to ‘inflammaging’—a concept that contributes to the aging process in HIV-infected individuals,” says Elahi. “Our study shows that cholesterol-lowering medication can reduce inflammation and makes CD4 T cells (HIV target cells) less permissible to HIV infection.”

Because HIV infection also causes lipid abnormalities such as high cholesterol levels in patients, HIV-infected individuals could benefit from this property of atorvastatin.