Are billboards driving us to distraction? 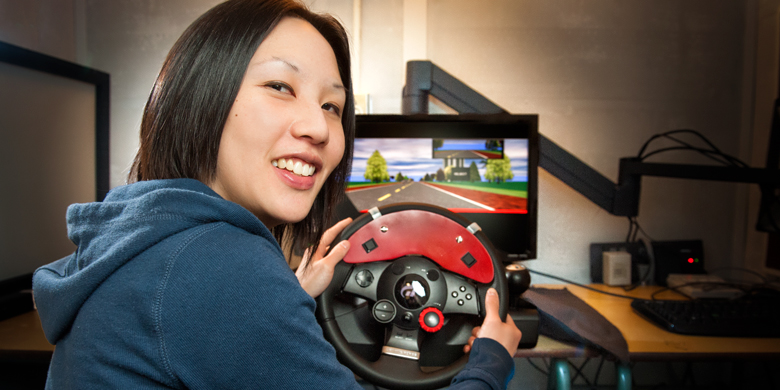 130213-michellechan-banner
Where the research meets the road: Michelle Chan takes the wheel of the driving simulator she used in an experiment to see how emotionally charged words on billboards affected drivers' attention and reaction time. (Photo: Richard Siemens)

(Edmonton) It’s now unlawful to shave or use a mobile phone while driving, but reading billboards is still OK. Or is it?

In a recent article published in Accident Analysis and Prevention, University of Alberta researcher Michelle Chan makes a case for regulating emotional distractions while driving.

Chan and U of A co-author Anthony Singhal devised an experiment using a driving simulator, in which participants drove past 20 billboards in one of three scenarios. The billboards in each scenario contained different types of words:

The results showed that drivers’ attention can be compromised from viewing billboards, a finding that could be used to make changes to driver training programs, traffic safety legislation or road design.

Chan says that encouraging marketers to self-regulate billboard language content may be a better first step than to regulate billboards into distracted-driving laws. She points to Australia as an example of a country with developed billboard content laws, but says ultimately the responsibility for safe driving rests with the driver.

For now, she says, it may just be safer to keep eyes forward when passing billboards, regardless of what’s on them.

“Any kind of distraction is risky when you’re driving. But there would appear to be a larger risk when it comes to emotional stimuli.”

Are billboards driving us to distraction?
Newsroom