Are less than 5 per cent of us washing our hands properly after using the washroom? 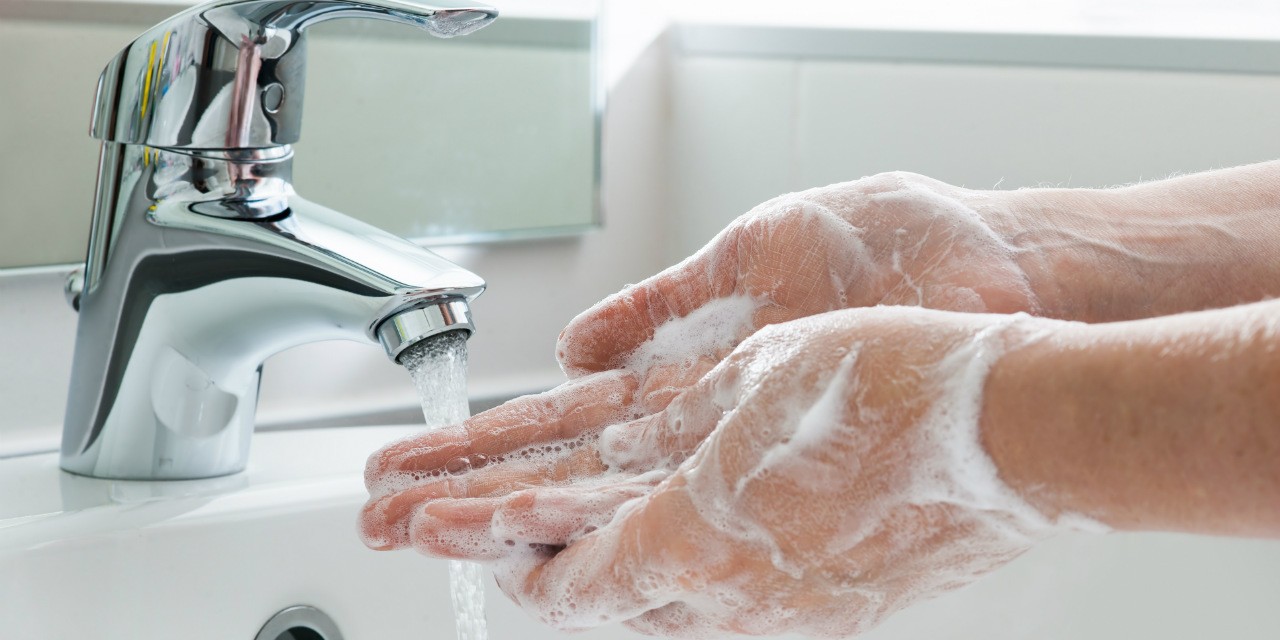 Proper handwashing only takes about half a minute, but very few of us are doing it right. Here's how to make sure your hands are squeaky clean and germ-free.

The vast majority of us simply aren’t washing our hands properly, even after using the bathroom, says a University of Alberta researcher.

“Most handwashing studies are undertaken in health-care settings, and even doctors and nurses are only getting it right 50 per cent of the time,” said Nicholas Ashbolt, a microbiologist and public health researcher with the U of A’s School of Public Health.

“Other studies and anecdotal evidence suggest that fewer than five per cent of the rest of us are doing a good job.”

The consequence is an ongoing spread of nasty illnesses.

“Viruses, bacteria and protozoa (parasites) are the three main classes of germs (pathogens) that are spread human to human and can persist on surfaces and be transferred by human contact,” said Ashbolt. Think colds, flus and nasty bouts of diarrhea.

“There’s clear data and overwhelming evidence that outbreaks of disease and increased rates of hospitalizations occur in health-care settings and from food handlers when people are not adequately washing their hands after using the toilet.”

How to wash properly

The key to removing disease-causing pathogens on your hands is technique, duration and the final coup de grace, using a paper towel (or your shirt sleeve) to open the bathroom door to leave, said Ashbolt.

Step 1: Use warm water to wet your hands.

Step 2: Lather vigorously with soap and use physical movement to abrasively remove germs from all areas of the hands for at least 20 seconds.

There was a big debate between the U.S. Centers for Disease Control and Prevention and the World Health Organization recommendations: Ashbolt prefers the latter because it is longer (45 seconds to 30 seconds).

“The entire process of washing your hands from start to finish should take 45 seconds. Most of us simply don’t wash our hands long enough.”

For specifics on how to scrub—it’s quite the procedure—see the World Health Organization instructions.

Step 4: Do not touch anything in the bathroom at this point.

Step 5: Dry off your hands using a paper towel or an automatic dryer.

“If possible, grab three paper towels. Use one to turn off the tap. Use the other to dry your hands. Then use the final towel to let yourself out of the washroom,” said Ashbolt.

Though we often see signs in public washrooms indicating that staff must wash their hands thoroughly after using the washroom, Ashbolt wonders why those are limited to workers.

“A fundamental problem in bathrooms occurs because pathogens float and land on surfaces,” he explained. “For example, if you get diarrhea (often caused by norovirus), you can also get severe vomiting, which produces aerosols that deposit viruses everywhere in a washroom. And unlike the influenza virus, which does not persist well on surfaces, gastrointestinal germs are much more persistent.”

The bigger problem isn’t just lack of educational signage for adults, but poor public washroom design, added Ashbolt. “One big reason we don’t spend enough time washing our hands is because public washrooms often look dirty. They are not appealing.”

And although we’ve headed in the right direction with no-touch taps and soap dispensers, the trouble is the taps don’t run the water long enough, he said. “There needs to be a trade-off between water conservation and hygiene.

“In principle, blowers are a good idea as there shouldn’t be too much contaminated aerosol to spread around after you’ve washed your hands, but I prefer paper towels,” he added.

That’s because they should also be used to turn off the taps and open the bathroom door before being discarded.

Ashbolt contends that more research is needed to examine compliance in vulnerable settings outside of health-care facilities, such as schools and university campuses.

“I’m not aware of teachers going into school bathrooms to teach kids how to wash their hands properly,” he pointed out.

“A good starting place is to get government more engaged with raising education levels of good hand hygiene.”

Are less than 5 per cent of us washing our hands properly after using the washroom?