When people lack hope and dignity, have no hope of return to their homes and are subject to violence, I don’t think it should be a surprise that in some cases they will resort to acts of terrorism. 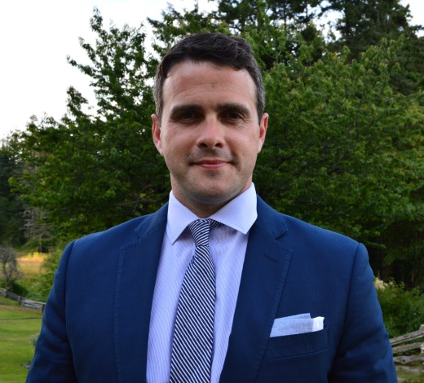 Are refugees a threat to Canada?

Many modern terrorist groups are rooted in refugee movements. What does that mean for western nations facing an influx of migrants? 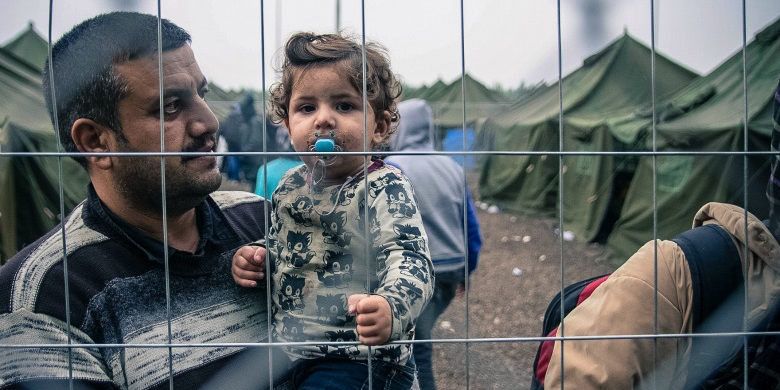 A Syrian refugee carrying his child in a camp near the border of Hungary and Serbia (Photo: Geovien So/Demotix/Corbis)

As Canada opens its doors to 25,000 Syrian refugees, the country’s societal ecosystem is bracing for impact. Through the University of Alberta’s new Migration Views website, scholars from the U of A and beyond share their thoughts on how to handle the influx of the country’s newest citizens. This is the third in a series of stories featuring three researchers whose expertise and experience give them a unique perspective on a global challenge.

An expert in homegrown violent extremism and newcomer integration at the University of Alberta says many modern terrorist groups have their roots in refugee movements. But this means the international community must strive for humane solutions to the refugee crisis that prevent the hopelessness and desperation that can fuel extremism among displaced persons.

“When people lack hope and dignity, have no hope of return to their homes and are subject to violence, I don’t think it should be a surprise that in some cases they will resort to acts of terrorism,” says John McCoy, a lecturer in the U of A’s Department of Political Science. “That should give us pause as states and an international community to think about the necessity of addressing refugee flows.”

McCoy points to the role of refugees in forming groups such as the Palestine Liberation Organization, Al-Shabaab in East Africa and the Taliban in Afghanistan, noting that there are large numbers of Syrians living under harsh conditions in refugee camps in neighbouring countries such as Lebanon and Jordan.

“If you left Syrian refugees in those camps indefinitely, of course you’re going to have conflict and terrorism and destabilization,” he says. “These are not people who are welcome in these countries. They’re filling the bottom of the economic spectrum, when many of them were, say, business owners or educated individuals.”

McCoy, whose own parents came to Canada fleeing sectarian violence in Northern Ireland, says he defines terrorism as a form of political violence intended to have a psychological impact on an audience beyond the immediate target of the attack, a definition that avoids the ideological baggage of the term.

“If you use that definition—which means states and non-state groups have all committed acts of terrorism—then I think you begin to identify a concept that’s meaningful and can be distinct from other kinds of violence and not subject to the mass usage you find where anything can be defined as terrorism—cyber-terrorism, narco-terrorism and so forth.”

And although mass displacement and political marginalization can play a role in fomenting terrorism, McCoy says Canadians have no reason to fear that incoming Syrian migrants might pose a security threat.

“For a refugee, you have to get interviewed and screened by the United Nations High Commission on Refugees, then you get screened by Canadian immigration and Canadian security organizations, and then you can enter Canada,” he says. “That’s an incredible amount of screening, and if you were a terrorist looking to infiltrate the country, that would be your last choice. It’s too onerous and the chances of detection are very high.”

McCoy says the response by Canada and other western governments in expediting the processing and arrival of Syrian migrants demonstrates a sensitivity to the scale and urgency of the current refugee crisis.

“Canadians have been very active on the ground facilitating the movement from refugee camps in Jordan and Lebanon, for instance, so that infrastructure they’ve put in place is, to some extent, new,” he says. “If you look at past waves of migration, people tended to come here mostly on their own volition, whereas now I think it’s much more facilitated. But you have the largest wave of refugees since the Second World War, and it requires a response that’s in parallel.”

He adds that providing a safe harbour for refugees is just the first step, and that ongoing support not only promotes social inclusion and economic opportunities for newcomers, but has a considerable upside for the receiving communities in the long term. In the face of anti-Muslim rhetoric and the rise of far-right political parties in the West, McCoy says it’s important that the value of newcomer integration and diversity are part of the public conversation.

“Refugees require initial settlement funds. They need language training and help with housing and finding a job, but those investments pay dividends,” McCoy says. “Canada, like any western society, is an aging society, so we need migrants to balance out that demographic. Studies in the social sciences have long demonstrated that refugee inflows are a net economic benefit.

“Canadian settlement programs and the approach to integration have been more successful than they’ve been in Europe. But we can’t take our successes for granted. It’s important that academics and other people who support multiculturalism and refugees get out in the media and make those kind of statements, and Canada has to continue to be a leader in integrating newcomers.”

Read more of John McCoy’s thoughts at Migration Views, a U of A website featuring reflections on migration and the Syrian refugee crisis by more than 30 academics, students, alumni and members of the broader community.

Are refugees a threat to Canada?
Newsroom