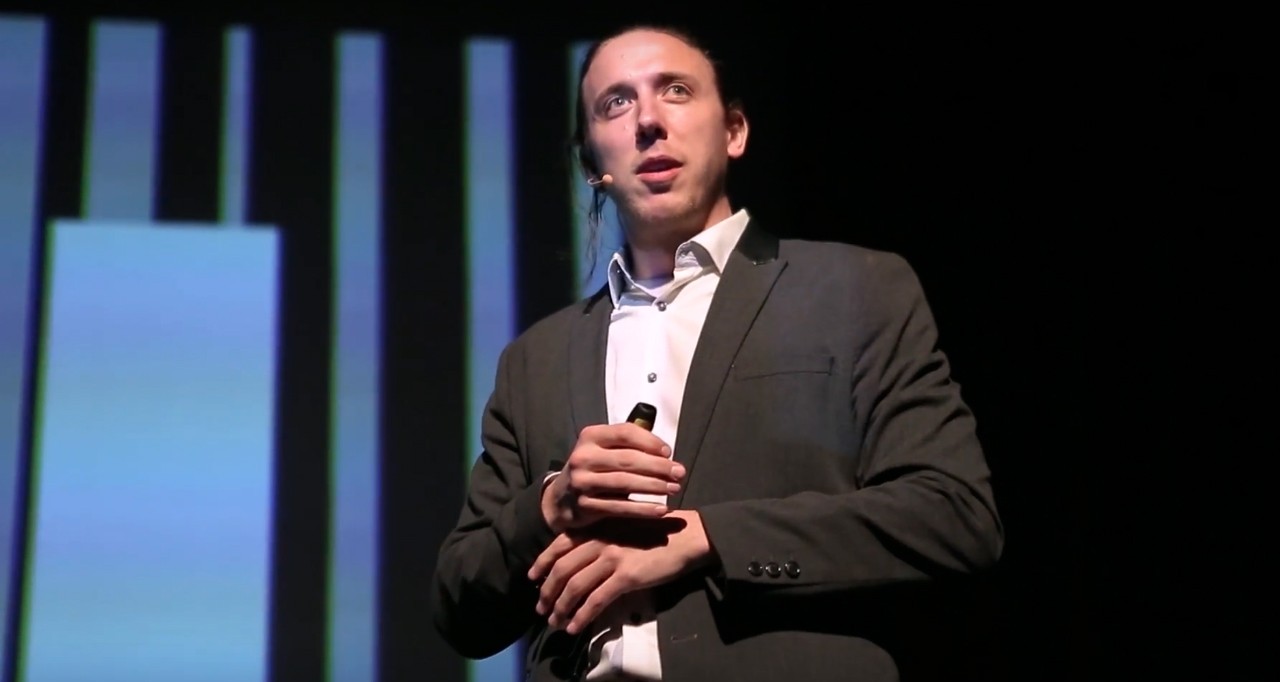 When Kory Mathewson began his PhD in computing science at the University of Alberta, he didn’t think it would lead to doing improv on stage with a robot—but that’s exactly what happened.

Mathewson has two shows in this year’s Edmonton Fringe Fest: TEDxRFT, an improv show that riffs on the popular TED Talks videos, and Human Machine, an AI improv show.

“The Human Machine AI improv show is part of my PhD work. I’m studying how humans and machine-learning systems interact, and so this show is a little bit of a play on the work that I’ve been doing,” he said.

“I’ve been building dialogue systems, and this show explores how humans and these dialogue systems—like Siri, Alexa or Google Home—play into our lives, and the funny things they say.”

Mathewson, a self-described class clown, first began in comedy when he was a teenager.

“I started in high school. A friend of mine said, ‘Look, you’ve got to come and see this awesome thing I’m doing at lunchtime, it’s this weird comedy show, it’s directed by the math teacher.’ I went, and I remember heckling in that first show, and then the math teacher said, ‘OK, if you’re going to heckle them, then get up on stage and put your butt on the line.’ And I did.”

After high school, Mathewson pursued science throughout his post-secondary studies, earning a bachelor's degree in biomedical engineering and a master’s in biomedical/electrical engineering at the U of A before beginning a PhD in computing science. Along the way, he found another passion: machine learning.

“I went into computing science exploring reinforcement learning, which is an awesome field of study, and there’s world leaders at the U of A, like Rich Sutton and Patrick Pilarski, and so I was looking to interact with them,” Mathewson explained.

As he worked through his PhD, he continued to pursue comedy, performing around the world and as a member of Edmonton’s Rapid Fire Theatre. Gradually, he began to draw connections between his comedy and his research.

“I came up with this idea that I could be using some of these similar [reinforcement learning] techniques to interact with dialogue systems. I was doing improv the whole time while I was doing my PhD, and Patrick [Pilarski] had this idea like, let’s call this a stretch goal. If you do all your thesis work, then we can talk about having a human-robot improv show. I’ve done my best to finish as much as I can, and this show is sort of a culmination of a lot of that work.”

In Human Machine, created through collaboration with Piotr Mirowski, an AI researcher in London, U.K., Mathewson uses a robot named Raspberry that is programmed with software called A.L.Ex., the Artificial Language Experiment.

“It has a speech recognition module, so it listens to what we say and then it generates a line in response. And those lines are generated word by word based on what is the most likely outcome given the training set of movie dialogue. It’s a fully interactive show,” Mathewson explained.

After his Fringe run is done, Mathewson has an even bigger endeavour on the horizon: he plans to finish his PhD in November.

“I think it’s a false dichotomy to say one or the other, because I think we should be bringing our passion into our work. Whatever that looks like, we should be able to combine our passion and skills.”

That combination of science and comedy only helps to improve the work he does as an scientist.

“It absolutely makes me a better speaker and communicator,” he said.

“It makes me a more engaging presenter, a better teacher. It allows me to ask more interesting, creative questions. Sometimes it’s not the purely analytical work of programming this thing that needs to be done, but sit down and come up with a wild, outlandish, creative idea, and then all of a sudden you have humans and machines doing improv together on stage.”