Assessing the risks: ensuring water is fit for purpose

Norm Neumann and his collaborators are developing a microbial risk assessment framework for wastewater reuse in Alberta. 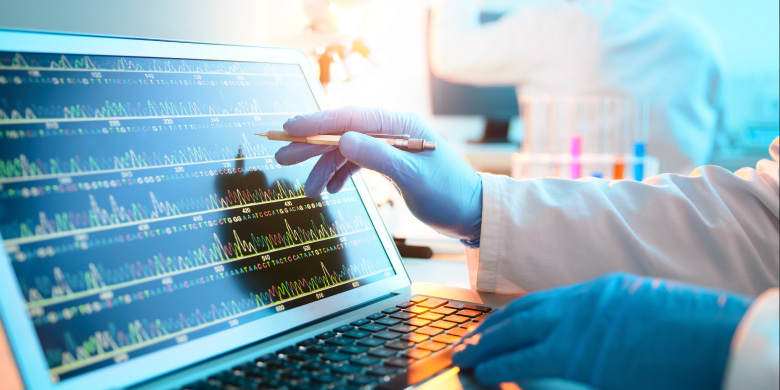 Water, water every where,
Nor any drop to drink.

These words were published in 1798 by Samuel Taylor Coleridge in his poem, The Rime of the Ancient Mariner. The words describe the mariner’s frustration after his ship is lost at sea and the crew is surrounded by undrinkable water.

Little did Coleridge know that the words he wrote more than 200 years ago would still apply today.

Only 0.3 per cent of the Earth’s water—that found in freshwater lakes, rivers and ground water—is directly usable by humans. It is undeniably one of our most precious resources.

Perhaps this is why great attention has been given to protecting our water supply over the past century. There has been steady decline in infectious disease rates over the 20th century. This is largely due to safer drinking water and improved sanitation. Many would argue that these critical interventions are among the cornerstones of public health.

In the new millennium, the demand for clean, usable water continues to increase as a result of thriving economies and growing populations. Some cities in North America are looking at water reuse strategies. But few agree on exactly what safety standards are acceptable.

It is this challenge that University of Alberta researcher Norm Neumann and his colleagues have taken on.

According to Neumann, professor in the School of Public Health, it is estimated that the global demand for freshwater has increased sixfold between 1900 and 1990. This is compared with a population growth of three times over the same period. He says that more than 4,500 litres of water are required each day to meet the ecological needs of each person in our modern society and to sustain the economy. This signals the need to look at strategies for reusing wastewater that will help sustain the water supply.

Alberta has several acts that govern or influence treatment and reuse of water. Yet there is no clear definition of what levels of pathogen are acceptable in various situations without putting people at risk.

With funding from Alberta Innovates – Energy and Environment Solutions, Neumann and his collaborators are developing a microbial risk assessment framework for wastewater reuse. “I believe that proactive management and planning is critical,” Neumann says. “There is a need for a risk-based approach in which risk is based on ‘water fit for purpose.’”

There are many types of potential water reuse, including irrigation of food crops, toilet and urinal flushing, or industrial cooling systems. Acceptable standards for levels of microbial contaminants, such as E. coli, may be different in each situation.

Protecting the health of the public is of primary importance in the decision-making process.

Currently, there is a lack of scientific data about assessing removal efficiencies of pathogens from wastewater supplies. Neumann’s team will attempt to close this gap. In addition, they will develop detection methods that may be used in monitoring systems of reused wastewater.

Using the City of Calgary wastewater systems as a case study, the research team will develop a risk assessment framework for decision-makers. He expects it will have the potential to be widely adopted throughout Alberta and beyond.

“The goal is to ensure that the health of people is protected, and that we are monitoring systems effectively and with an appropriate degree of frequency,” says Neumann.

The research team is made up of environmental and public health researchers at the U of A and University of Calgary, as well as industry engineers and biologists with the City of Calgary and regulatory policy-makers with the Government of Alberta.

Assessing the risks: ensuring water is fit for purpose