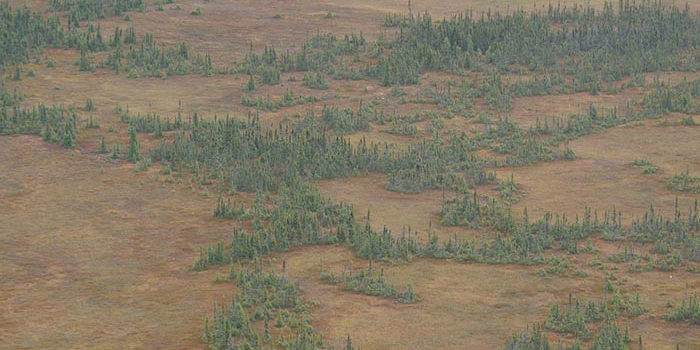 The amount of contamination from atmospheric lead in northern Alberta’s peat bogs near the oilsands has been in decline for decades, says a geochemist who calls it “a very good news story.”

These findings dispute a common belief that the oilsands are polluting the environment with atmospheric lead, says William Shotyk, who is the Bocock Chair for Agriculture and the Environment in the Department of Renewable Resources and the lead author of a new study.

“If the oilsands industry is a source of lead to the environment and the industry has grown since 1967, the amount of lead released should have grown, and what we see is the opposite,” he said.

Shotyk said that core samples up to a metre deep, from peat bogs near the Athabasca Bituminous Sands, show virtually zero atmospheric lead contamination in this region today.

He and his researchers also found that the peak period for atmospheric lead being deposited into the Alberta bogs was 30 to 40 years ago. The decline since then coincides with unleaded gas being phased-in across North American by law, starting in the mid-1970s.

Lead is a toxic heavy metal that occurs naturally in bedrock, soil and water, in relatively small proportions. Atmospheric lead exists in particles emitted through such human activities as mining and smelting of ores, but lead is also emitted from coal combustion and, in the past, from leaded fuel emissions. Natural lead in the atmosphere is found in mineral dust particles released from soils by wind.

Peat bogs are excellent archives of atmospheric lead deposition because plants growing there receive their nutrients exclusively from air, said Shotyk. The peat is waterlogged and because of that organic material accumulates faster than it breaks down, allowing scientists to measure the levels of lead centimetre by centimetre, and then to date each layer.

In a study published in 2014, Shotyk found that the most recent deposits, from moss growing atop the bogs, showed no current contamination. His new study confirms that, he said.

As they tested deeper layers of peat, the researchers had to distinguish the amount of lead that was naturally occurring and the amount that was from pollution. They did that by using thorium, an element that’s found in mineral particles.

“So if the ratio of lead to thorium in the sample is the same as in rocks and soils, we’ve got no lead pollution,” said Shotyk. “If we have a higher ratio than in rocks, then we must have additional lead coming from another source.”

The ratio of lead to thorium that Shotyk found showed him that the peak contamination was in the past. “So the glory days of lead pollution are well behind us.”

To determine dates for each older layer of peat, Shotyk’s team used two different methods to confirm their time measurement: a naturally occurring, radioactive isotope of lead, and radiocarbon dating.

Radioactive lead has a half-life of 22 years (i.e. every 22 years, half of this lead isotope disappears) and dated the layers back to 1900, a few years before the province of Alberta was created. Radiocarbon testing by colleague Duane Froese in Earth Sciences confirmed their dating.

The peat samples were taken from five bogs within 70 kilometres of the oilsands, with the nearest one just 11 kilometres away, in each direction, from two upgraders. A sixth, control bog, was 264 km away.

Shotyk said he is not surprised by the absence of atmospheric lead near oilsands operations.

“I have never seen any data on the abundance of lead in bitumen, and I think the reason why is because the lead (amount) is so low that labs gave up trying to measure it years ago.”

Shotyk’s study was funded by Alberta Innovates – Energy and Environment Solutions. It is published this month in Geophysical Research Letters.