U of A physicists design atomic-scale circuits that could help next-generation computers run 100 times faster or use 100 times less energy. 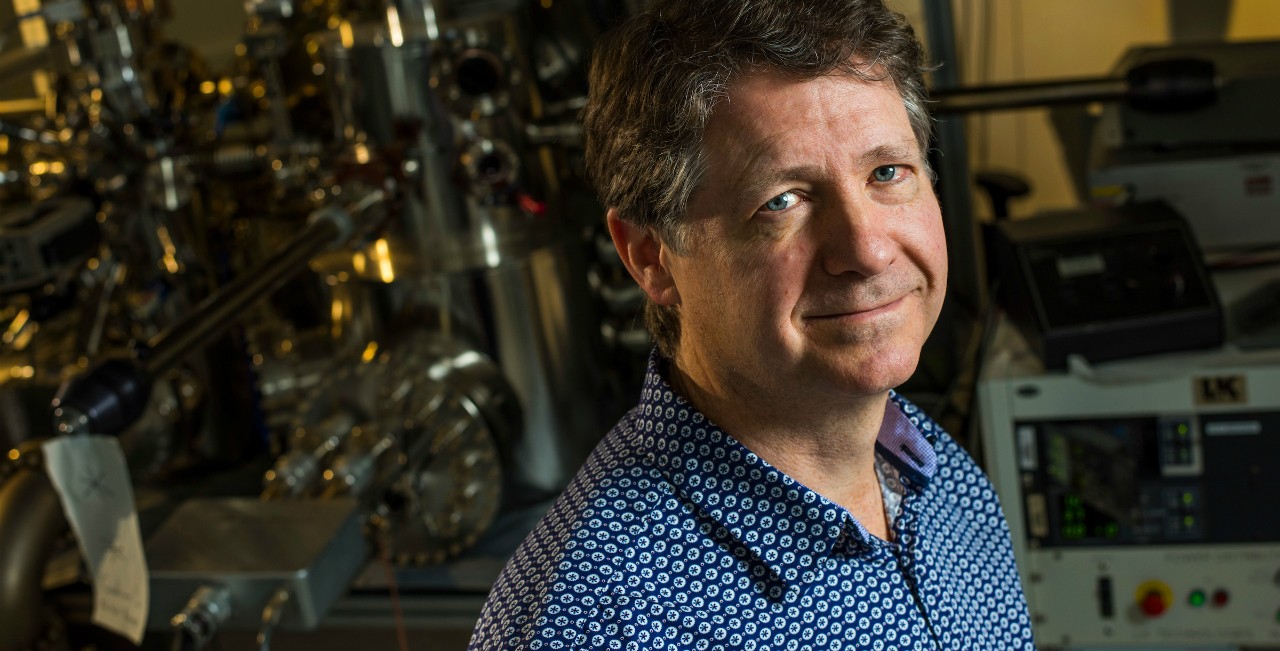 U of A physicist Robert Wolkow and his team have designed computer logic circuits at the atomic scale—an advance that builds on a series of recent discoveries aimed at moving electronics technology beyond current limitations in size and energy use. (Photo: John Ulan)

Researchers at the University of Alberta have designed atomic-scale versions of the binary logic components that allow computer processors to perform complex operations—the latest in a series of advances that lay the groundwork for faster electronics that use far less power.

“The atom-scale devices we are developing create a new basis for computer electronics that will be able to run at least 100 times faster or operate at the same speed as today but using 100 times less energy,” said atomic physicist Robert Wolkow.

The proof-of-concept devices Wolkow’s team designed work much like logic gates in current microprocessors. But rather than using metal-oxide transistors mounted on silicon wafers, the atomic-scale logic gates use individual electrons confined in “quantum dots” directly on the silicon surface, dramatically reducing the space needed to pack millions of them into a microprocessor and the electricity needed to run them.


“It’s still a familiar binary computer. You can run the same programs. The insides are just a lot better,” said Wolkow of his new all-silicon device design.

“Because our components are made of silicon, we make a straightforward marriage of the new atomic-scale technology with the standard CMOS technology that powers today’s electronics, providing an easy entryway to market.”

This year alone, Wolkow and his team—supported by his graduate students and research associates at the U of A, the National Research Council of Canada and the spinoff company Quantum Silicon Inc.—published research demonstrating an atomic-scale simulated computer circuit, a technique to boost the storage capacity of solid-state memory by 1,000 times, and a method for automated manufacturing of atomic-scale circuitry.

“We have plotted a path to sustainable, responsible economic growth and green technology that’s good for everyone,” Wolkow said.

According to studies from the Semiconductor Research Corporation, if we continue on pace with our ever-increasing energy consumption, by the year 2035, we will use all of the world’s energy to run computers.

“Today’s electronics have reached a point of maturation and can’t be made any better,” said Wolkow. “We have to stop using so much electricity to run our computers, and that means we need a drastic change in the kind of computers we use.”