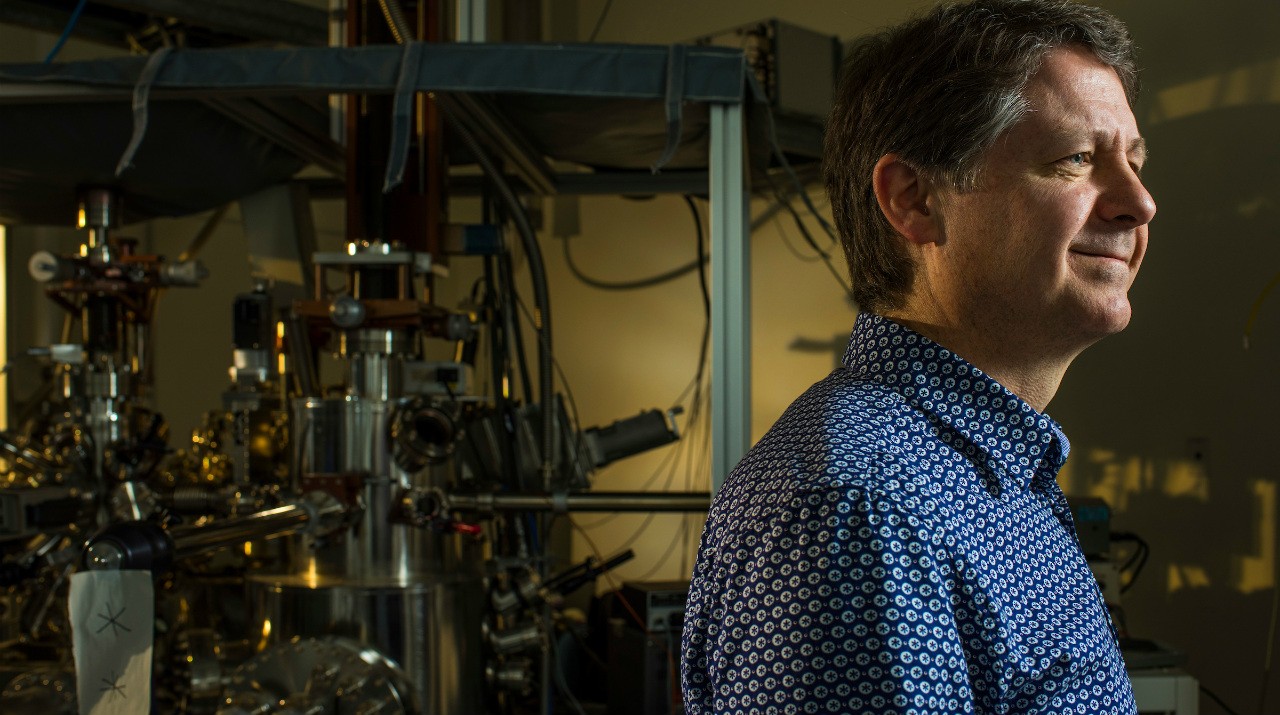 Robert Wolkow and his research team used machine learning to automate the process of building atomic-scale circuitry—an advance that opens the door to producing a new generation of faster, low-power electronics on an industrial scale. (Photo: John Ulan)

Scientists at the University of Alberta perfected and automated atomic-scale manufacturing—an unprecedented advance that sets the stage for mass-producing a new breed of electronics that are faster, smaller and greener than the devices we use today.

The advance paves the way to manufacture devices such as smartphones that can go months between charges and computers that are a hundred times faster but use a thousand times less power.

The next-generation circuits Wolkow and his team developed solve two of the biggest problems with current electronics: energy use and resources to build them. Although modern integrated circuits have made computers faster, smaller and cheaper over the last 30 years, they’re rapidly approaching the limits of what is physically possible.

Some estimates predict that if we continue with our current energy consumption habits, the information and communication technology industry would consume 20 per cent of the world’s energy by 2025, and contribute more than five per cent of global carbon emissions.

Shrinking the manufacturing process to the atomic scale allows for a new kind of circuitry that uses far less power and takes much less raw material to build—a boon for both the economy and the environment.

The breakthrough is the culmination of decades of research by Wolkow and other scientists around the world aimed at creating solutions to drive atomic-scale, low-power electronics.

Culmination of steady stream of advances

Over the past few years, his research team has made steady progress in overcoming the numerous hurdles that come with working at such a small scale. The physicist has devoted his career to pushing atomic-scale manufacturing forward in response to not only the rapidly changing needs of our information age but also the changes to our climate.

In 2006, Wolkow and his research group created the world’s sharpest object—a tungsten microscope tip that tapers to a width of a single atom at its end—which allows researchers to visualize and manipulate materials at the atomic level. Three years later, they created the smallest-ever quantum dots—single atoms of silicon that can control individual electrons, paving the way for ultra-low-power circuits. Then, last year, the team found a way to fix atomic-scale printing errors on silicon chips that were preventing the super-small circuits from working.

The next step was to automate the process—something Wolkow wasn’t even sure would be possible. But by teaching an artificial intelligence-based “neural network” system to know when one of the atom-sharp microscope tips gets blunted during the printing and sharpen it to a single atom again, his team found the key to faster, more accurate large-scale production.

"Until now, we printed with atoms about as efficiently as medieval monks produced books,” Wolkow explained. “For a long while, we have had the equivalent of a pen for writing with atoms, but we had to write manually. So we couldn't mass produce atom-scale devices and we couldn't commercialize anything. Now that has all changed, much like the disruption following the arrival of the printing press for those medieval monks.”

For Wolkow, this all adds up to an urgent need for a new basis for electronics, which he predicts will be powered by atomic-scale fabrication and mass manufacturing now possible thanks to his discovery.

“Fabrication at the ultimate small scale not only lets us do things better, but we can also create entirely new functions that conventional technology simply cannot do,” said Wolkow. “Combining that with a practical path to manufacturing will be game-changing. This allows us to create a new, extremely efficient basis for computing using the natural properties of individual atoms.”