Awareness is first step in helping stop ageism, say U of A researchers

As the proportion of older adults grows, we still haven’t reckoned with how common and harmful age-related prejudice is in society, study shows. 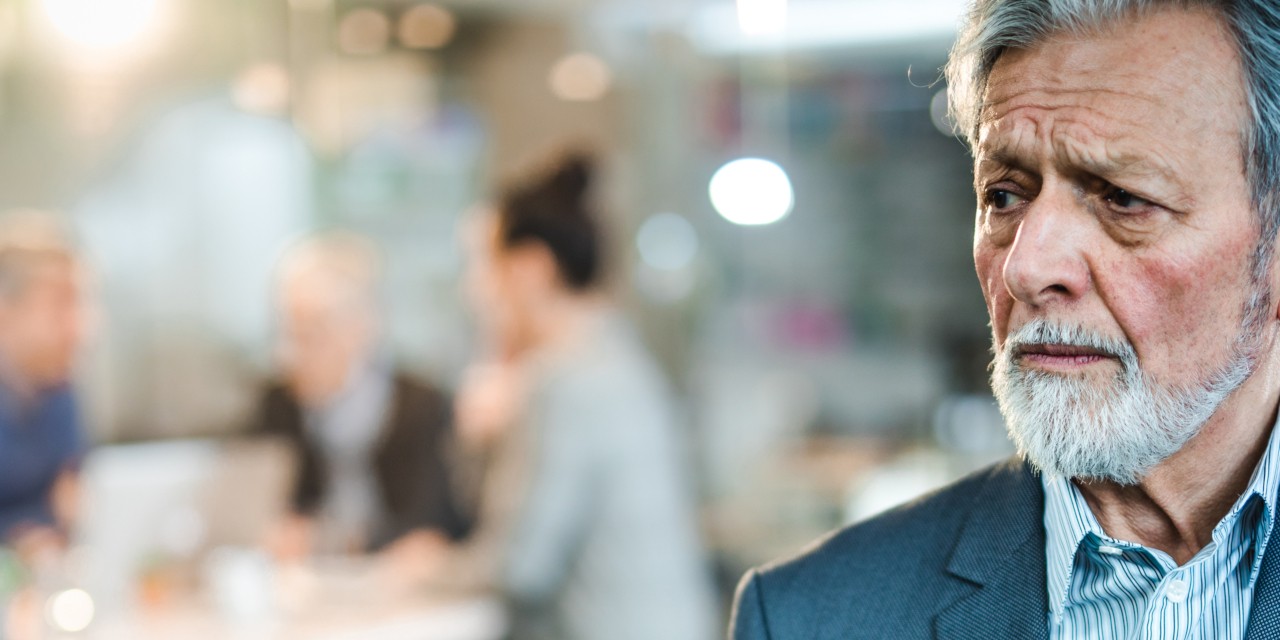 In a review of studies on ageism, U of A researchers found that up to 91 per cent of older people surveyed experienced ageism, and up to 98 per cent of younger people admitted to discriminatory thoughts or actions toward older people. (Photo: Getty Images)

Ever cracked a joke about old people? It might seem funny, but in a world where the population aged 60 or over is growing faster than all younger age groups, ageism is no laughing matter, says a University of Alberta researcher.

“Ageism is now thought to be the most common form of prejudice, and the issue is, we don’t even recognize how prevalent it is and how impactful it is,” said Donna Wilson, a nursing professor who studies aging. “A lot of societies are really youth-oriented now and don’t really respect or care about older people.”

It’s a trend that needs to be better quantified, Wilson suggests in a new study she conducted with fellow nursing professor Gail Low.

They reviewed questionnaires used by researchers around the world to measure ageism, and found they fell short of providing a comprehensive look at the problem.

“Most of them only asked, ‘What do you think’ or ‘Do you act in a certain way’; what we need to do instead is start looking at the actual impact of ageism—how have older people and younger people been hurt by ageism—because until we start understanding how harmful this prejudice is to all of us, we are going to keep doing nothing about it.”

“There’s a big personal impact. Children see older people being disrespected and grow up thinking they’re useless and then they find themselves turning 60 or 65. We don’t expect or encourage healthy aging; everybody who hits 65 thinks it’s all downhill from here.

“If they think they’re useless and boring, how negative is that for them and their family? They don’t exercise, they don’t volunteer, they don’t keep working if they want to, because they feel this discrimination. They don’t go out and find a new mate if their spouse dies because they think ‘I’m next.’ There’s both a societal and personal impact to internalized ageism.”

It’s important to continue exploring the scope of the problem by doing more robust research to dispel stereotypes about old people, she believes.

“We have a rapidly aging population in Canada that will jump from 19 per cent of the current population to 26 per cent in 11 years, but we’re afraid of that fact. Based on ageism, we think they’re a drain on society, and that’s where a lot of the myths and long-standing prejudices arise.”

For instance, it’s commonly assumed that acute care hospital beds are taken up by elderly people, but in fact, only 20 per cent of people in hospitals are 65 and older—the rest are younger, Wilson said.

And research shows that only about three per cent of older Canadians are so chronically ill that they need to live in nursing homes, she added. “Most live in their own homes, lodges or other private-pay assisted living facilities.”

It’s also unfair to assume they’re unproductive, Wilson added. One in five Canadians age 65 or older is still working, and more than one-third volunteer in some way.

Wilson expects that number to rise because boomers “are active, busy people who are healthy. (They) pay taxes, they start businesses, they take care of the grandkids, they do a lot to keep society going. And yet we don’t value them and we all lose out.”

Wilson recommends that attitudes about aging be more extensively surveyed through government census.

“We need to start surveying how common ageism is, and how we can get people to look at someone with gray hair and wrinkles and think positively about them.”

She also recommends Canada enact anti-ageism legislation, as Britain did several years ago with its Equality Act.

She believes there’ll have to be a social awakening, much like the gay rights movement.

“You can’t discriminate against people who are gay, and I’d like to see that happen for older people,” she said.

“This is a serious, overlooked problem that needs a lot more attention and intervention. We can’t have a quarter of our population being harmed and we can’t lose out on all the enormous benefits that older people can bring to society.”

Indigenous cultures are among a handful of societies that provide an example to follow, Wilson noted.

“They have always respected their elders; they invite elders to meetings, ask them for guidance, elect them to important positions, make time for them. We’ve lost a lot of that in the modern world because we’ve become so homogenized and so focused on youth.”

Awareness is first step in helping stop ageism, say U of A researchers