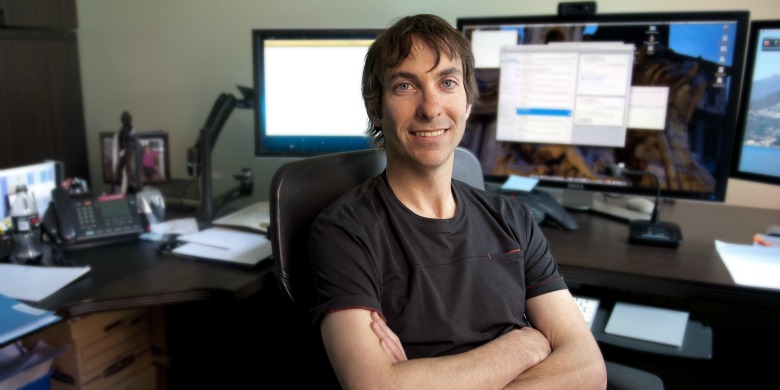 (Edmonton) The University of Alberta’s Marcello Tonelli and colleagues from his provincewide research group, the Interdisciplinary Chronic Disease Collaboration, are seeing their names in print in two high-impact scientific journals this week—The Lancet and The Journal of the American Medical Association.

The study published June 18 in The Lancet looks at the risk for heart disease in patients with chronic kidney disease (CKD). The group studied the records of almost 1.3 million patients in Canada with CKD, diabetes, at least one previous heart attack or a combination of these risk factors. The researchers found that people with chronic kidney disease had a similar or higher risk of heart attack than people with diabetes. Because diabetes is already an established risk factor for coronary heart disease that cues doctors to provide preventive treatments, this suggests that chronic kidney disease could be prioritized in the same way.

Kidney disease and heart disease: Raising awareness of the link

Tonelli said it has long been thought that CKD was a risk factor for heart disease, heart attack and stroke, but the group has been devising ways to make that message more powerful.

“We’ve seen great progress in the diabetes community over the last 10 years,” said Tonelli. “Better outcomes, better use of beneficial treatments—and a big part of that has been awareness. The idea was clearly communicated to doctors and patients that diabetes is a wake-up call and should trigger changes in practice and behaviour. What we wanted to do with this study was to see whether that was appropriate for kidney patients also.”

Tonelli said that because the group, funded by Alberta Innovates – Health Solutions, found that kidney disease patients have as high a risk as diabetic patients of having a heart attack, this single parameter should serve as a red flag that alerts doctors and patients to higher levels of risk.

“We should be using multi-factorial interventions to reduce the risk and improve outcomes [in kidney disease patients],” said Tonelli. “It’s one parameter, one piece of information that can trigger action in doctors.

“Our hope is that, just as we’ve seen with diabetes over the last 10 years, this will help doctors and patients to work together to deliver the care that this high-risk group of people need.”

Tonelli adds that all of the therapies for heart attack—getting exercise, maintaining a healthy weight, avoiding tobacco use, controlling blood pressure and using cholesterol-reducing medicines—are not only good for the heart but for the kidneys as well.

The Interdisciplinary Chronic Disease Collaboration also published findings on kidney disease June 19 in The Journal of the American Medical Association. This study, which looked at the risk of kidney failure in elderly patients, showed that their risk is higher than previously appreciated.

Past studies have shown that the number of people on dialysis rises until about the age of 65, then starts to plateau and drops off as people get older.

“It was mistakenly concluded that as people get older, although some do have kidney disease, it must progress more slowly, and therefore that prevention of kidney failure isn’t as important in this group,” said Tonelli.

This study proves otherwise because the provincial research group looked not only at people on dialysis, but also at patients who have low kidney function but don’t choose to start treatment.

“Both have kidney failure; one is treated with dialysis and one is not,” said Tonelli. “When you account for both forms of kidney failure, you see that the risk of progressive kidney function loss is actually very high among the elderly, whereas when you only count the people who receive dialysis, you underestimate the burden of kidney failure in the elderly population.

“Although many elderly people with kidney failure will want to receive dialysis treatment, choosing not to start dialysis treatment and thus to die of kidney failure can be a very appropriate choice for some elderly people—as long as they are well informed about the risks and benefits of their decision. This really emphasizes the importance of shared decision making between the patient, his or her family, and the medical team.”

Whether elderly patients opt for dialysis or not, it once again comes down to prevention for this group to avoid kidney failure, says Tonelli.

“The same therapies ... to control heart disease, to prevent heart attack and stroke, will be effective in preventing kidney failure,” he said. “And they should be effective in young people and also in the older population. Prevention is important regardless of age.”

The group, which recently won a President’s Excellence Award from Alberta Health Services, is now hoping that this information can easily be passed along to practitioners to improve their practice. The group is also hoping that guideline makers will take into consideration these findings when releasing new guidelines on treating these diseases.

“We hope to partner with primary care practitioners, with primary care networks and with the strategic networks that AHS is rolling out,” said Tonelli. “I think these are great models that are going to make it easy for patients to get the care they need.”