Badasses on the border 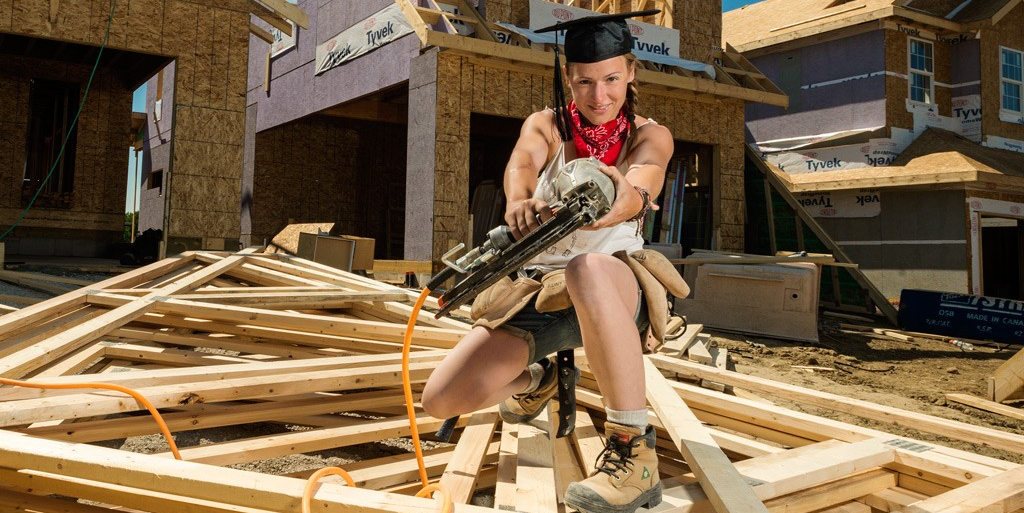 (Edmonton) You might say she’s a bit of a badass herself, slinging power saws on construction sites during the summer, examining violent action films no one else has dared take seriously during the school year.

To cap off her arts degree, Amelia Hall’s honours thesis in modern languages and cultural studies takes up a relatively new phenomenon in the Mexican pop-culture landscape—"Badasses in Bad Movies: The Female Protagonists of Cine Fronterizo" (or border films).

“It's the first time Mexican film saw female action heroes,” says Hall. “They are allowed all these things females weren't allowed traditionally in Mexican film.” Until now, female leads tended to come across as what she calls 'marionista,’ suggesting the more demure qualities of the Virgin Mary.

One particular badass, called Lola, drives a semi in high heels and takes no prisoners, shooting up bad guys in drug cartels. It’s safe to say Lola is no virgin, nor is she particularly holy. “She can be sexy without being objectified, and she can beat people up and be gun-wielding. She just has a lot of agency that wasn't allowed her previously."

Amelia Hall talks about Lola the Trucker and the rise of strong women in Mexican border films.

The production values in many of these border films are just one notch up from horrible, but it’s what they reveal about the broader Mexican culture that’s of interest to Hall, and to cultural studies in general. Film has long been seen as a reflection of national identity in Mexico, she says, so much so that the state has imposed a heavy hand in both funding and censoring films to fit its social agenda.

“The fact that these women have been given agency reflects how, particularly in the United States and the borderlands, a lot of women are getting to work and finding themselves independent of their families, so the population of Mexicans in the United States is changing."

All of this is a far cry from Hall’s native culture. She was born in Edmonton and grew up learning carpentry skills from her father, a master of the trade who never finished high school but ended up teaching carpentry at NAIT. It’s a skill set that’s proved hugely useful in financing Hall’s education.

"Growing up around it, I feel I have lots of the vocabulary and the building sense,” she says. “It's beautiful—we show up at a concrete hole in the ground, and two weeks later we've built a home people are going to live in. It's just insanely gratifying."

Her passion for all things Spanish started when Hall went on a family vacation to Mexico in her teens and fell head over heels in love with the culture. She threw herself into the language and now speaks fluently, even picking up the nuances of certain regional dialects. Her boyfriend and much of her social circle in Edmonton are Mexican, and last year she won a $5,000 Roger S. Smith award from the Faculty of Arts to produce a poster project on bilingualism among Mexican temporary foreign workers on local construction sites.

But it was her thesis supervisor, Victoria Ruétalo, who nudged her in the direction of cine fronterizo.

"[Undergraduate] students often don't know about the possibilities of research, even though they may have an interest in something,” says Ruétalo. “You kind of have to steer them a bit, but she's the one who took it in the direction of gender and the representation of women.”

The thesis came in far longer than expected—60 detailed pages, compared with the more usual 40 for undergraduate work. “And it was excellent,” says Ruétalo, who is now encouraging Hall to revise it for publication.

"If it weren't for my supervisor, I probably would never have been in Spanish in the first place,” says Hall. “She's guided me so well throughout my thesis experience—it was just amazing."

Hall plans to go straight into a master’s program next fall, continuing to follow her interest in Mexican pop culture, this time perhaps looking at music while continuing to frame houses on the side.

“She’s an excellent writer and is very curious,” says Ruétalo. “She clearly has a bright future.”

Badasses on the border
Newsroom