Being older not main reason some Canadians struggle with technology 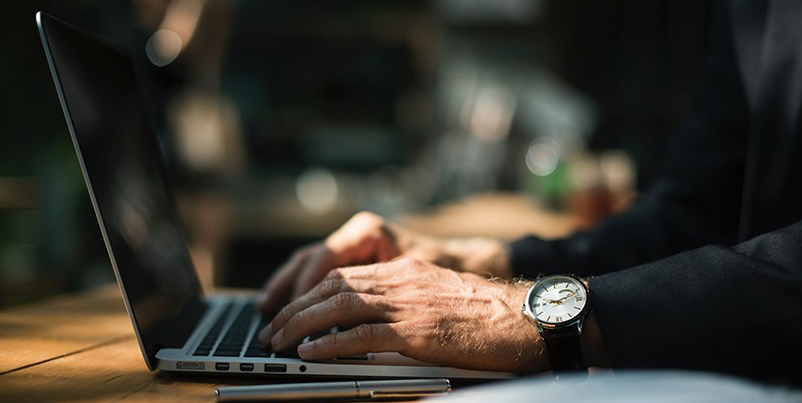 Workers aged 50 to 65 make up a significant portion of the Canadian workforce—about 30 per cent.

Workers between the ages of 50 and 65 are not as inept with computers and technology as many of their younger colleagues might think.

In fact, age is not the main determining factor when it comes to the level of literacy that older workers in Canada have in information and communications technology, says a University of Alberta researcher.

“When we look at risk factors, it’s much less about age than about other forms of marginalization,” said Janet Fast, the author of a new analysis that refutes this common stereotype about older workers.

“It’s more about low levels of education, about low socio-economic status and about employees in blue-collar professions or in jobs without opportunities for daily computer use,” said Fast, a professor of family and consumer economics in the Department of Human Ecology.

Fast found that a substantial number of older Canadian workers (30 per cent) are actually quite well-versed in information and communication technology skills, although they tend to be those employed in highly skilled occupations.

Understanding that age is not the main reason why older adults might struggle to be employed in a knowledge economy has important implications for that economy, said Fast.

With the Canadian government currently trying to encourage people to retire later and perhaps work part time beyond retirement, employers, unions and policymakers need to pay attention to the risk factors that create barriers to that goal.

“This study points to a need for additional training and education and for possible subsidies for more training,” she said.

“These important findings reflect a growing body of evidence that seniors are not technology-averse just because they are older,” said Andrew Sixsmith, scientific director of the AGE-WELL Network of Centres of Excellence, which funded Fast’s study together with Employment and Social Development Canada. AGE-WELL is a pan-Canadian network of industry, non-profit organizations, government, care providers, end users and academic partners working to create technologies and services that benefit older adults and caregivers.

“The study shows why we need to think about education and training as something that is a lifelong activity,” Sixsmith said. “This is a win-win scenario that can help people stay connected to the digital economy as they age and make Canada’s economy more competitive.”

Workers aged 50 to 65 make up a hefty chunk of the Canadian workforce—about 30 per cent according to Fast’s research. She analyzed Canadian data gathered between 2011 and 2012 for an international program that assessed a number of adult competencies.

It could become a self-fulfilling prophecy for older people, she said. According to one theory, if someone hears often enough that they are unable to be digitally literate they may just behave that way. That can lead to social exclusion and isolation, said Fast.

For AGE-WELL, Canada’s technology and aging network, Fast’s findings underline the importance of designing technologies that are usable by people with a wide range of skills—and working to ensure policies support the diffusion of new innovations to those who need them, said Sixsmith.

It’s also important for caregivers, many of whom are older workers in that 50 to 65 age range, to embrace digital literacy because the technology of patient care is increasingly sophisticated. Many remotely accessed technologies now monitor patients’ health conditions, or help communicate information among family members, said Fast.

It’s especially important for them to use those digital tools since very few caregivers in Canada actually live with the person they are responsible for, she said.

“Being comfortable with that technology will allow them to be more confident that the person they are taking care of is OK. They can monitor their condition from their desktop; know where they are in the house, if they have fallen, if they have taken their medication, eaten their breakfast, turned on a stove.”

Being older not main reason some Canadians struggle with technology
Newsroom