Best way to save the caribou? Look at white-tailed deer and moose 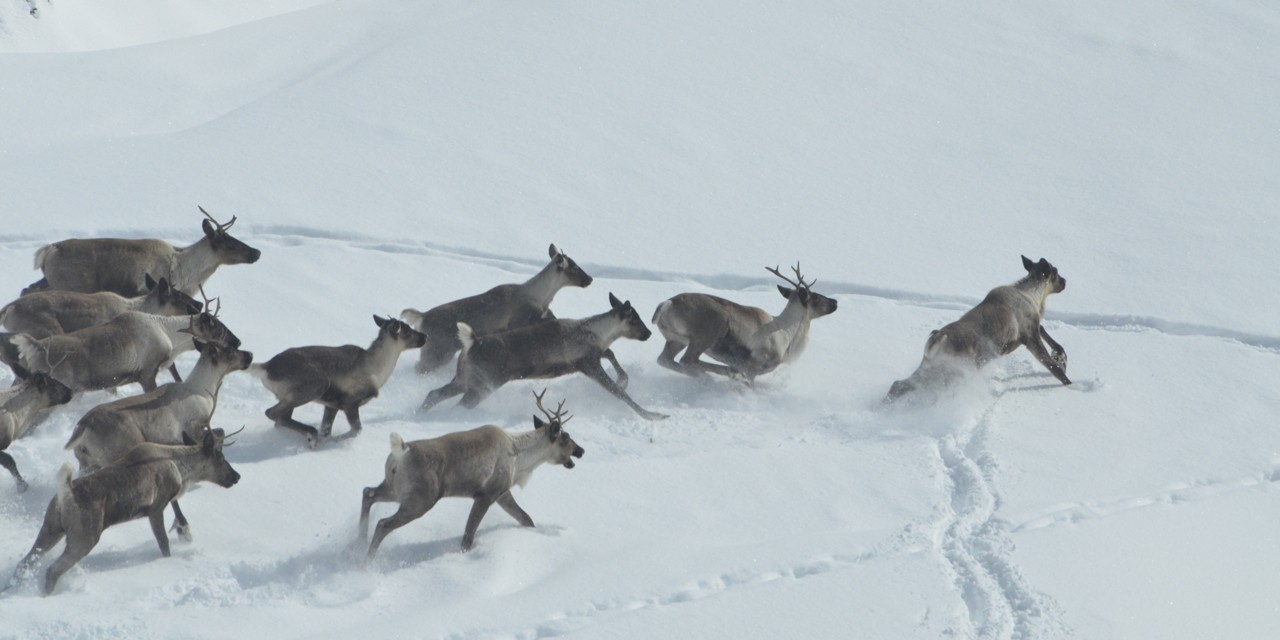 A new UAlberta study reveals mountain caribou are in danger in North America largely because the numbers of fellow prey animals, like deer and moose, are on the upswing. (Photo by Robert Serrouya)

The most effective way to save North America’s dwindling caribou herds is to keep numbers of invading prey animals—like deer and moose—low, according to a new UAlberta research study.

“Prey like moose and deer are expanding in numbers and range because of logging and climate change,” said Robert Serrouya, a postdoctoral fellow in biological sciences professor Stan Boutin’s lab.

Serrouya explains white-tailed deer and moose flourish in shrubby environments with less tree cover, which are becoming the norm due to forestry practices.

“More invasive prey species in turn increases predator numbers, such as wolves and cougars,” he said. “Caribou, who are more susceptible to predators, bear the brunt of this increase in predators.”

This phenomenon, called “apparent competition,” is on the rise in North America and is having a major impact on caribou herds. Of the 65 herds left, fewer than 10 have stable populations, with the remainder being strained by apparent competition.

These interactions are extremely complex, and coming up with good management solutions using trial and error could take decades—and mistakes would be extremely difficult to rectify, according to Serrouya. But the plight of the caribou is urgent, he said, and it’s driving him and colleagues to draw on theoretical models to predict what would happen under different options to recover caribou.

Their results show that gradually reducing invading prey through hunting practices is the most effective option. Gradual reduction allows predator numbers to slowly and naturally decline to their original state, whereas sudden decreases in invasive prey numbers would cause predators to switch to caribou, making the problem worse.

“Mistakes in management practices can be catastrophic and they can last decades or even result in complete extinction,” said Serrouya. “Continued monitoring and evaluation paired with stable funding are critical elements for seeing this plan to fruition.”

This research was awarded the Wildlife Society's award for Outstanding Article in September 2017. The manuscript is published in the American Naturalist.

Best way to save the caribou? Look at white-tailed deer and moose