We now understand that these dinosaurs disappeared very quickly in geological time, probably in a catastrophic event. 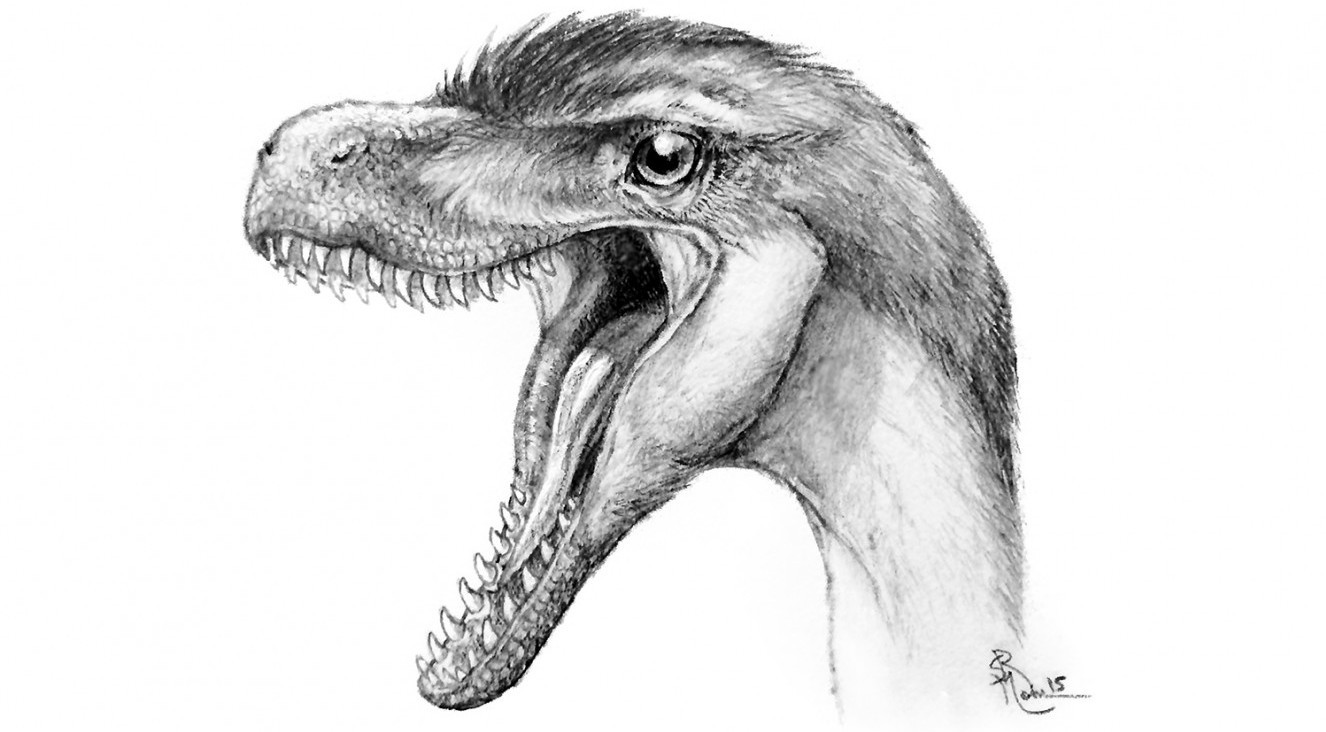 Artist's rendering of a small dromaeosaur from the South Pyrenees. (Illustration: Sydney Mohr)

Researchers have examined one of the smallest parts of the fossil record—theropod teeth—to shed light on the evolution of dinosaurs at the end of the Cretaceous. Findings published in the prestigious journal Acta Palaeontologica Polonica have effectively quadrupled the dinosaur diversity in the area of study, eight localities from Treviño County, Huesca and Lerida—including the exceptional site of Laño. There were previously only two known species in the area.

The study of 142 isolated teeth from the Campanian-Maastrichtian of the South Pyrenean Basin suggests six additional species of toothed theropods (five small, one large) were present in the region. “Studying these small parts helps us reconstruct the ancient world where dinosaurs lived and to understand how their extinction happened,” says lead author Angelica Torices, post-doctoral fellow in biological sciences at the University of Alberta.

“Teeth are especially important in the study of Upper Cretaceous creatures in Spain and the rest of Europe because we don’t have complete skeletons of theropods from that time in those locations," Torcies notes. “We have to rely on these small elements to reconstruct the evolution of these dinosaurs, particularly the theropods.”

Carnivorous dinosaurs replaced their teeth continuously, with just one dinosaur producing a huge number of these dental pieces and an endless number of clues for understanding these mysterious creatures. This study demonstrates the value of isolated teeth in reconstructing the composition of dinosaur paleofaunas when other, more complete material is not present, allowing interpretation of the evolution of diversity through time.

Biodiversity in response to climate change

The findings provide huge strides in understanding not only the diversity of carnivorous dinosaurs at the end of the Cretaceous in Europe, but also how the diversity of large animals responds to climatic changes.

“It completely changes the vision of the ecosystem,” says Torices. “Moreover, we now understand that these dinosaurs disappeared very quickly in geological time, probably in a catastrophic event. Climatic models show that we may reach Cretaceous temperatures within the next century, and the only way we can study biodiversity under such conditions is through the fossil record.”

“Theropod dinosaurs from the Upper Cretaceous of the South Pyrenees Basin on Spain” appeared in Acta Palaeontologica Polonica in August, 2015. The study’s co-authors include world-renowned U of A paleontologist Philip J. Currie, as well as Jose Ignacio Canudo and Xavier Pereda-Superbiola, both of Spain. The U of A is a world leader in paleontology with some of the world’s best researchers and some of the most extensive fossil collections available for study and research.