Big science is a team game 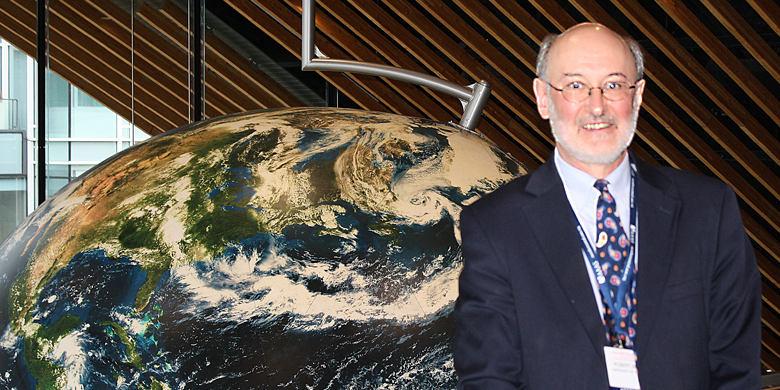 120223-globebanner
Robert Smith delivered his observations on scientific megaprojects during a lecture last week at the American Association for the Advancement of Science conference in Vancouver.

(Edmonton) Big science requires a coalition of the willing, technically capable and financially and politically connected, says Robert Smith, a University of Alberta professor who studies the history of science and technology. Smith delivered his observations on scientific megaprojects during a lecture last week at the American Association for the Advancement of Science conference in Vancouver.

Not a modern phenomenon

Smith said that in the last 100 years, the notion of the lone scientist working on a single project has morphed into the public view of teams of scientists working large-scale projects. He noted that while public perception and the reality of scientific practice were not always equal, development of large-scale projects such as the cyclotron and, later, the Hubble telescope, helped change the public notion of scientific research and discovery.

“The lone scientist image speaks to the endless pull of the scientist as individual, yet scientific practice over the centuries has very often been a practice that involves teamwork and large groups,” said Smith.

Many consider the Second World War as the turning point for “big science”—as in funded, co-operative scientific development—but Smith points to the 1930s and the development of the first cyclotron as an early example of co-operation. The cyclotron was also an example of how public and corporate funding began to play a role in driving scientific research and discoveries.

“This was a shift driven by Lawrence’s lust for ever-bigger machines, not a methodical, carefully planned scientific attack on particular problems,” Smith said. “Rather like Kevin Costner in Field of Dreams, ‘build and they will come’—and ‘they’ will be scientific discoveries if you build bigger and more powerful machines.”

The term “big science” was coined by American nuclear physicist Alvin Weinberg in the early 1960s, Smith noted. According to Weinberg, it was not only a cultural statement but a phenomenon that required significant financial and education choices. But Smith noted that Weinberg’s definition was limiting and didn’t consider examples from as far back in history as the 1300s, for example, in China’s astronomical bureau.

Smith pointed to the Hubble Space Telescope to illustrate the notion of “scientists as coalition builders.” Every aspect of the Hubble, from planning to access, was a co-operative effort, he said. That co-operation also kept the telescope alive when there were suggestions of scrapping the telescope because of its flawed mirror.

Smith compared Hubble to the ill-fated Superconducting Super Collider in Texas. He suggested a weak coalition and a lack of international partnership may have played a role in its cancellation by U.S. Congress in 1993.

If there were a recipe for a successful science megaproject, Smith said, it would include patience—and having political, financial and institutional ducks in a row.

“You’ve got to make it technically and politically feasible,” he said. “Patronage really matters. It’s not simply a matter of getting support to proceed and then forgetting it, because a project like an SSC or Hubble has to be sold again and again and again.

“You have to keep a coalition in the field. The leaders and the people involved will shift over time, because it takes a long time for these projects to actually get built.”