Biochar can be tailor-made for range of environmental benefits, research shows

Soil-enriching charcoal can be optimized for agriculture, water treatment or even carbon storage. 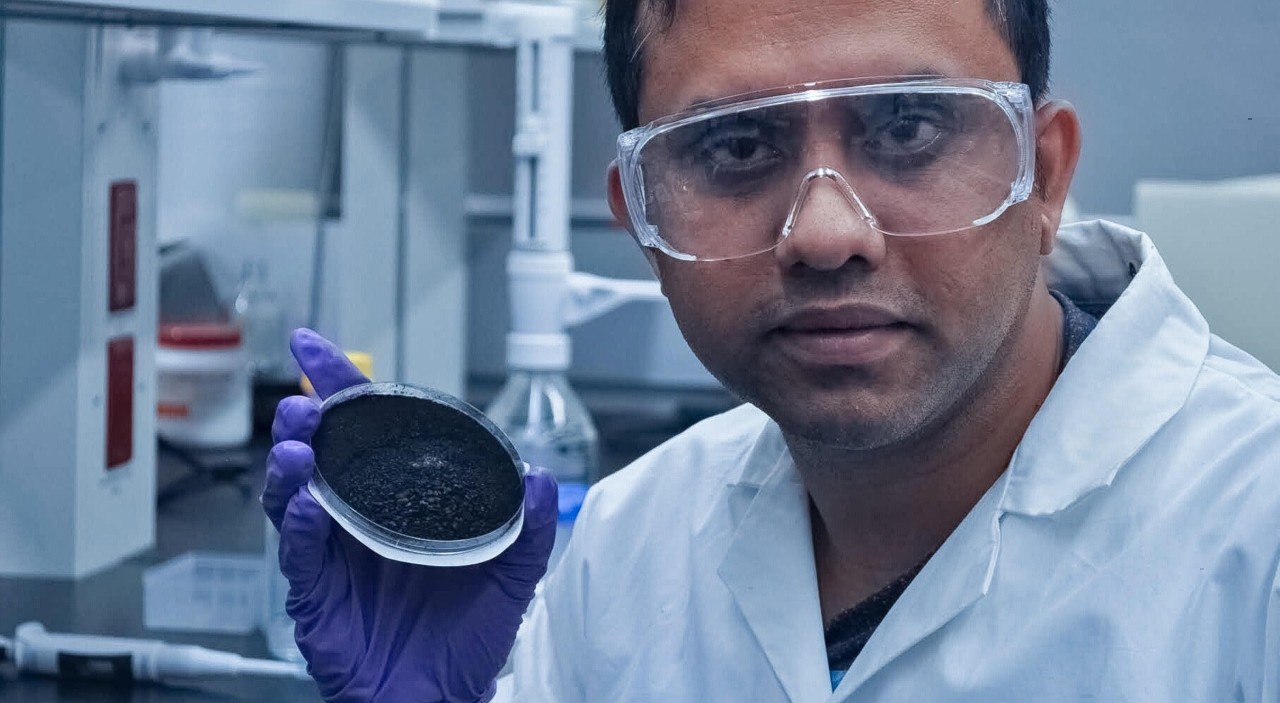 Samrat Alam holds a sample of biochar. Alam and U of A geochemist Daniel Alessi found that the inexpensive charcoal can be tailored for specific uses like water treatment or soil remediation by controlling the temperature and organic material used to produce it. (Photo courtesy of Samrat Alam)

A low-cost, versatile type of charcoal known as biochar can be tailored for specific uses including treating water, removing contaminants from soil and even storing carbon, according to new research by University of Alberta scientists.

“First, biochar is an excellent sorbent, meaning that it can be very effective for removing pollutants and contaminants from water,” said geochemist Daniel Alessi, who holds the Encana Chair in Water Resources at the U of A. “Second, it has the potential to increase agricultural fertility, removing contaminants and adding concentrated nutrients to soil.”

Biochar is a form of charcoal produced by heating organic material to temperatures between 300 and 700 degrees Celsius with no oxygen. Made of everything from wood and plant waste to animal manure, it has been used for thousands of years as a soil fertilizer.

Alessi conducted the research with former PhD student Samrat Alam, now a post-doctoral fellow at the University of Toronto. The pair examined how metal binds to biochar at the molecular scale, studying how to adjust its production process to yield biochar that is more effective and efficient for its desired purpose.

“The properties of biochar can be tuned and tailored further to enhance its efficiency in specific applications by controlling production technologies like temperature and feedstock,” explained Alam.

“Our research considerably improved our understanding of molecular-scale mechanisms of biochar reactivity and the relationship between biochar surface properties and its reactivity,” he added.

Along with its potential for agriculture and remediation, biochar may have newer applications such as carbon storage, said Alessi.

“Biochar can be capable of holding and storing carbon for hundreds, even up to a thousand years,” he noted. “It’s not forever, but it does take carbon that could have been released into the atmosphere and keeps it stored for up to a millenium.”

The studies, “Mechanisms of the Removal of U(VI) from Aqueous Solution Using Biochar: A Combined Spectroscopic and Modeling Approach” and “Thermodynamic Analysis of Nickel(II) and Zinc(II) Adsorption to Biochar,” were published in Environmental Science and Technology.

Biochar can be tailor-made for range of environmental benefits, research shows