New research by U of A biologists also showed behavioural differences were maintained but physiological traits became more alike over two-year study. 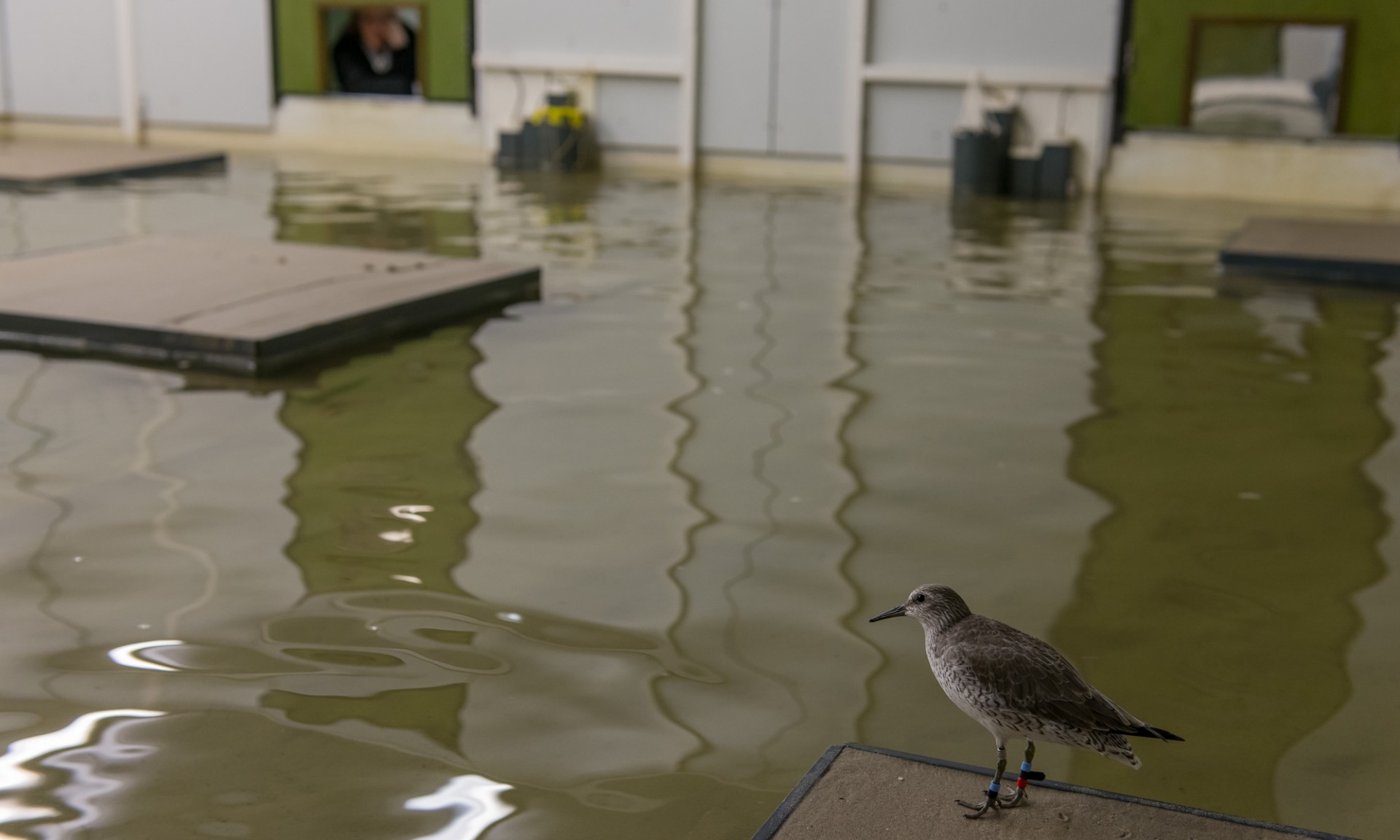 A two-year study by U of A biologists investigated how the same of type of life experience affected the behaviour and physiology of red knots, like the one pictured here, at the NIOZ Royal Netherlands Institute for Sea Research. (Image courtesy of Jan J. Wijmenga)

Differences in the personalities of birds are related to both age and experience, according to new research by University of Alberta biologists.

The study examined the red knot, a medium-sized shorebird that breeds in the Canadian Arctic and winters in northwestern Europe. The researchers captured 90 birds and studied them over two years, comparing behavioural and physiological traits of adult and juvenile birds. Studying the two age groups allowed the researchers to determine which changes were due to age as opposed to time in captivity.

“During this time, birds had the same type of life experience, including varied diet,” explained U of A biologist Kim Mathot, who is also Canada Research Chair in Integrative Ecology.

“At the start of the experiments, individuals showed differences in their behaviour. We looked at whether these differences disappeared in the course of the study, which would suggest there is something about individually variable experiences that helps maintain differences, because in our experiments, all these birds had the same experience.”

The individual differences in behaviour were maintained by the birds over the course of the study, but physiological traits—such as the size of each bird’s gizzard—became more similar.

“The world isn’t simple, so it makes sense that there isn’t a straightforward answer for how and why individuals differ,” noted Mathot. “Nature is wonderfully complex. This is yet another example of that at play.”

In the next leg of the research, PhD student Eva Kok will follow a smaller subset of the study’s birds after they’ve been released back into the wild to examine how the traits measured in the lab translate to real life.

“We’re curious to see if physiological differences will reappear after release back into the wild,” explained Mathot. “For instance, if an individual had a relatively large gizzard when we initially captured it but that became smaller in captivity, will it grow to be relatively large again when re-released? Or did we shuffle the deck, and now birds can go on different trajectories than what they were on before?”

The study, “Within-Individual Canalization Contributes to Age-Related Increases in Trait Repeatability: A Longitudinal Experiment in Red Knots,” was published in The American Naturalist.