Black students at U of A launch new group 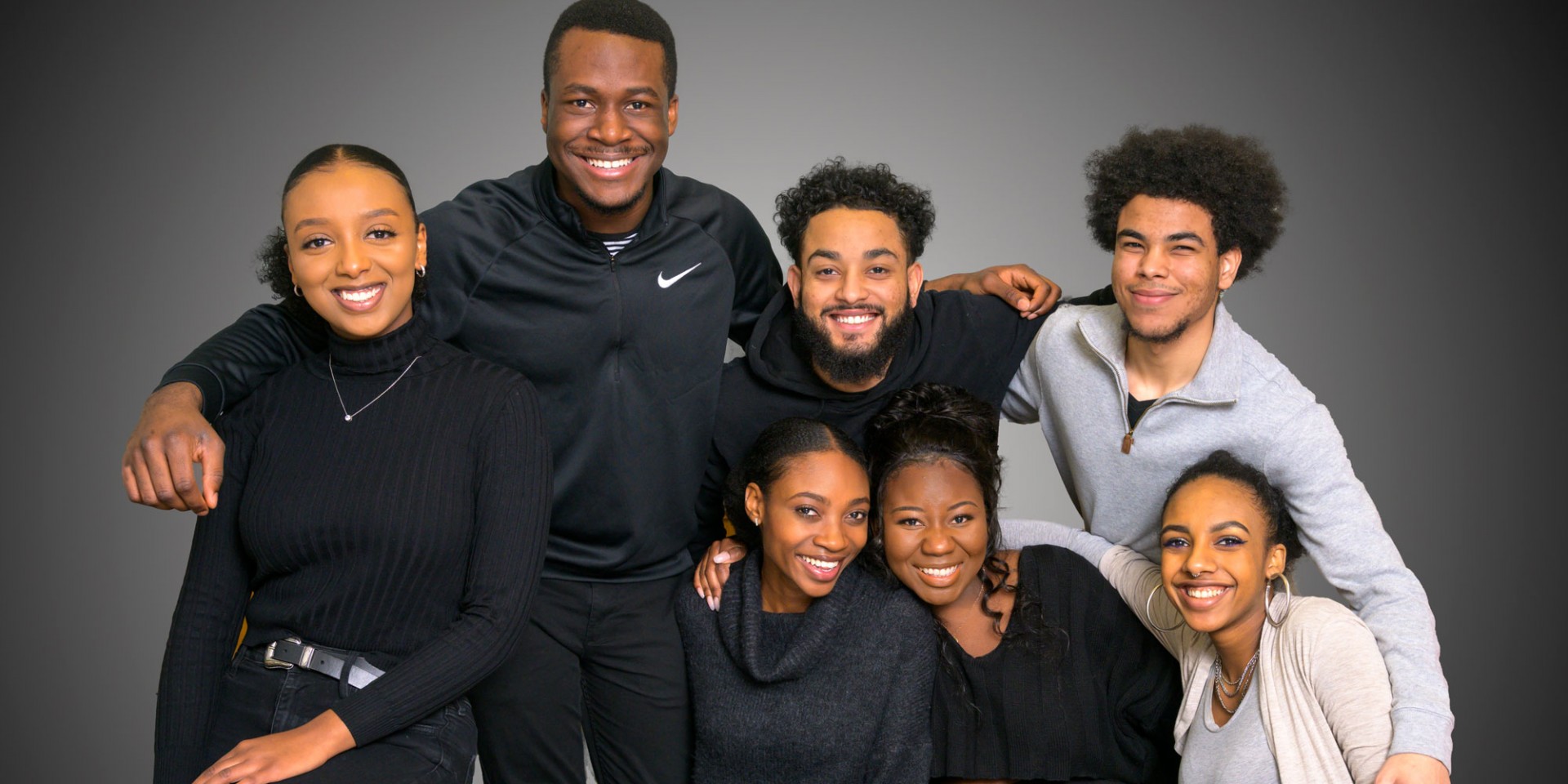 The seven founders of the U of A’s Black Students’ Association (clockwise from left): Hanna Daniel, Victor Adeoye, Marvin Washington, Miles Washington, Rachel Zewde, Kuzi Manyonga and Nyasha Guta. The group offers a place for black students to talk about the issues they experience and “feel a sense of belonging,” says Guta. (Photo: Richard Siemens)

The University of Alberta’s first Black Students’ Association launched earlier this month to provide support to students from across the African diaspora.

“We wanted to create a space where the students can connect not only on a cultural level, but on the basis of similar experiences they may share just on the basis of being black alone,” said association secretary and Zimbabwe native Nyasha Guta, one of seven founders of the group.

"I know a lot of other students were waiting for this to happen, especially seeing that other universities (such as the universities of British Columbia, Toronto, Dalhousie and Memorial) are starting similar groups,” she said.

“A lot of students come to the U of A from countries where (as the majority) they may not have experienced issues of race, inequality and discrimination…. This is a place where students can talk about those issues and feel a sense of belonging.”

Open to both undergraduate and graduate students, the association has roughly 100 members on Instagram so far, hailing from 10 countries in Africa, the Caribbean and North America.

In addition to coming together socially, the group will encourage students to “become more aware and involved with the movement of overcoming social, economic and racial inequalities in our world.”

It will also reach out to serve the broader community, said Guta. Eleven of its members helped serve meals and sort donations at Edmonton’s Bissell Centre on New Year’s Eve.

"I like their initiative and I'm glad they are so active, and I like the community outreach, the volunteerism,” said Malinda Smith, the university’s provost fellow for equity, diversity and inclusion policy.

“That to me is very heartening—that they recognize the privilege of university and the need to give back to the greater community.”

The BSA is planning a full roster of events for Black History Month in February, said Guta, "where people can showcase their talents, celebrate their history and connect with other students.”

Smith said the formation of a BSA was inevitable given the dramatic increase in the number of black students on campus over the past two decades.

But she also pointed to a rise in anti-immigration sentiment in the culture at large, as well as disproportionate profiling and carding of black and Indigenous people by Edmonton police. It is a trend recently uncovered by the city’s Black Lives Matter group after looking at police data.

"It's led to a lot of black minorities feeling under threat,” said Smith.

"Many of these students come from black majority countries. You don't think about your blackness in the same kind of way as you would in North America or Europe, where you confront preconceptions of blackness and have to understand colonial attitudes to deal with it. It's quite a shock for students to adjust to this."

Smith said she hopes to form a caucus for the roughly 15 black faculty members on the U of A campus. One of their roles could be to serve as mentors for black students.

"Many students can go through their degrees without ever encountering a black professor, never seeing anyone like themselves in front of a class teaching or even guest lecturing,” she said. “They never see those mentors in key academic roles."

But for now, the students in the group hope to give themselves the best possible shot at success.

"We hope to continue building a community,” said Guta, “because research shows that students who feel a sense of belonging in university have better results academically."

Black students at U of A launch new group