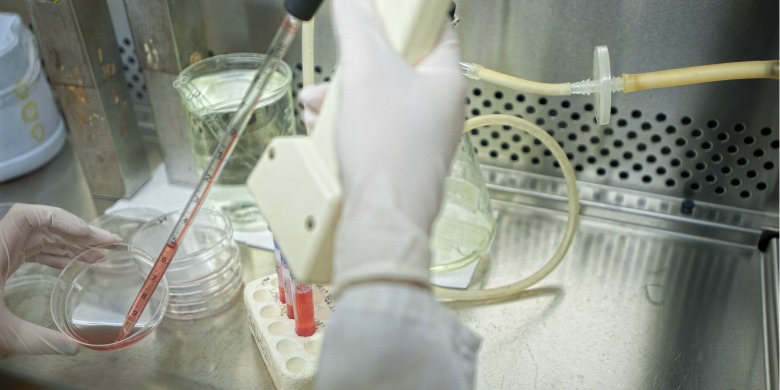 (Edmonton) Research teams at the University of Alberta and in the United States made a medical discovery recently that could one day lead to treatments for conditions that cause blindess.

Tsutomu Kume from Northwestern University in the U.S. collaborated with Ordan Lehmann, a researcher in the Faculty of Medicine & Dentistry at the University of Alberta. Working with lab models, Kume discovered that – if a gene called FoxC1 is missing – blood vessels grow on the cornea, the so-called window at the front of the eye. He contacted Lehmann, a researcher jointly appointed to the Departments of Ophthalmology and Medical Genetics at the U of A, to determine if similar results could be seen in patients. Lehmann discovered this was indeed the case, that patients with congenital glaucoma due to a mutated FoxC1 gene had abnormal blood vessel growth in their eyes.

The growth of blood vessels in the cornea, known as corneal vascularization, is one of the top 10 causes of blindness in the world. Lehmann and Kume’s findings were published in the peer-reviewed journal, Proceedings of the National Academy of Sciences (PNAS), on Monday afternoon.

“We believe we’ve discovered a master regulator gene that prevents the formation of blood vessels in the eye and protects the clarity of the cornea,” says Kume, associate professor of medicine at the Feinberg School of Medicine, Northwestern University and a researcher at Feinberg Cardiovascular Research Institute.

Lehmann is equally enthused about the possibilities the discovery brings. “Since there are numerous vision disorders that share this central problem, it may become possible to one day treat a range of blinding disorders because of this finding,” Lehmann says. “We next want to see if these results can be applied therapeutically, and whether boosting the levels of FoxC1 prevents blood vessel growth on the cornea.”

Lehmann notes that he’s building on a discovery made by a close colleague: Michael Walters, the chair of the Department of Medical Genetics for the Faculty of Medicine & Dentistry at the U of A, discovered FoxC1 in 1998. His research team and collaborators, which included Kume as a co-author, showed this gene caused inherited eye disease and juvenile onset glaucoma. (Edwin Stone’s research group at the University of Iowa also made this discovery at the same time.) Walters is currently investigating the role of FoxC1 in breast cancer.

As Walters’ new research indicates, there are intriguing clues suggesting that FoxC1 may have comparable roles elsewhere in the body, with the same gene implicated in determining prognosis in certain forms of cancer, says Lehmann. If formation of new blood vessels also plays a role in such disorders, this discovery could have broad implications for a range of diseases, he says.